So Good It Hurts 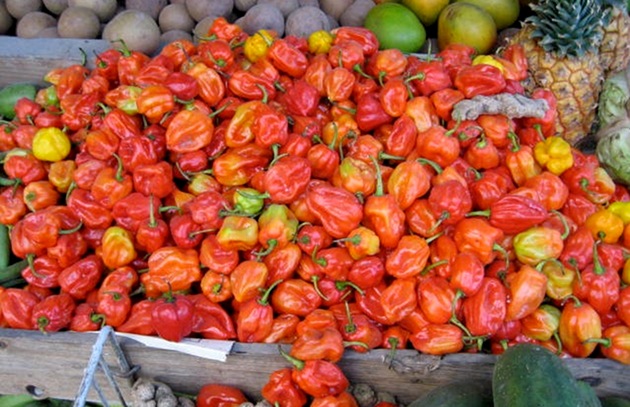 Did you know every day, every week, and every month of the year honors a particular food or drink? Thanks to a blend of presidential proclamations and industry and trade association lobbying, the calendar for 2014 is entirely committed. (It’s reassuring to know that Congress does something…)

You say you missed “National Bloody Mary Day” on January 1? No problem. You can catch one of several days this month honoring alcoholic beverages, including Hot Buttered Rum Day (January 17) and Irish Coffee Day (January 25).

But there’s one day in January our Barbecue! Bible community can really sink its teeth into: “International Hot and Spicy Food Day” on Thursday, January 16.

Fiery foods not only taste awesome in all their gullet-scorching glory, it turns out they’re good for us. The latest medical research has shown hot and spicy foods:

And as any chile head knows, if you’ve contracted a winter cold, capsaicin, the active ingredient in chile peppers, will unclog your nasal passages faster than any over-the-counter medication. It also helps soothe sore muscles and reduce inflammation—it’s the active ingredient in topical creams like Zostrix. Feeling blue? Capsaicin, scientists say, stimulates the production of serotonin, that natural high compound that produces feelings of happiness and wellbeing. So you could think of the chile pepper as nature’s Prozac, and who couldn’t use a shot of that when you find yourself caught in polar vortexes and January’s fifty shades of grey?

Use “International Hot and Spicy Food Day” to drop-kick your menu out of its post-holiday doldrums:

If hot and spicy food just isn’t your thing, take comfort in the fact that January 16 is also National Fig Newton Day. Who knew?

Do you want to keep that burn going? Learn more about chile peppers or try these fiery recipes:

Sign up for the Barbecue! Bible newsletter, Up In Smoke, to get all our great barbecue how-tos, recipes, and stories in your inbox every week.