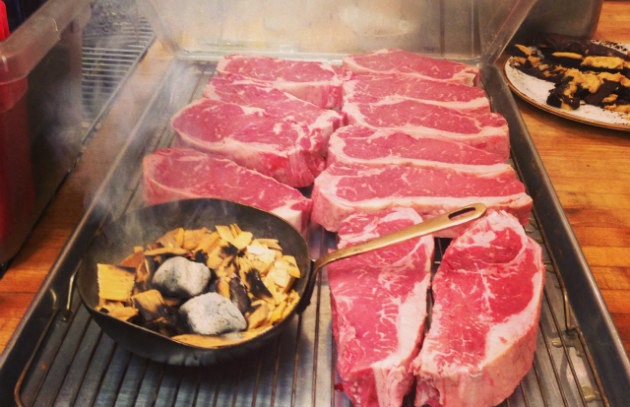 Ah, the good old days. When legendary masters like Arthur Bryant and Sonny Bryan manned the barbecue pits. A lot of people complain that barbecue just isn’t what it used to be, and they’re right.

It’s better in traditional barbecue hotspots, like Kansas City and Dallas. It’s better in places where you’d never expect to find killer ’que, from Brooklyn to Minneapolis to L.A.

A new generation of pit masters and grill masters has applied time-honored smoking and grilling techniques to the kind of meat most of us want to eat today: humanely and locally raised animals free of growth hormones and antibiotics. We crave bespoke cocktails and wine lists, not cheap beer, and we admire the pit master who goes the extra mile of pickling his own peppers or baking his own sandwich buns.

I had the good fortune to visit more than 30 cities in the U.S. and Canada while on book tour for Man Made Meals.

Finally … I know this highly subjective list will generate controversy. It’s supposed to. I may have left off your favorite new restaurant (sorry) and you may disagree with my choices. So please tell us your favorites (on the Barbecue Board, Facebook, or Twitter) and give me a reason to visit your town in 2015.

Need more recommendations? Check these out:
Raichlen’s 10 Best BBQ and Grill Restaurants of 2013
Raichlen’s Top 10 Meat Cities in the U.S.