The 10 Best Steaks for Unleashing Your Inner Caveman 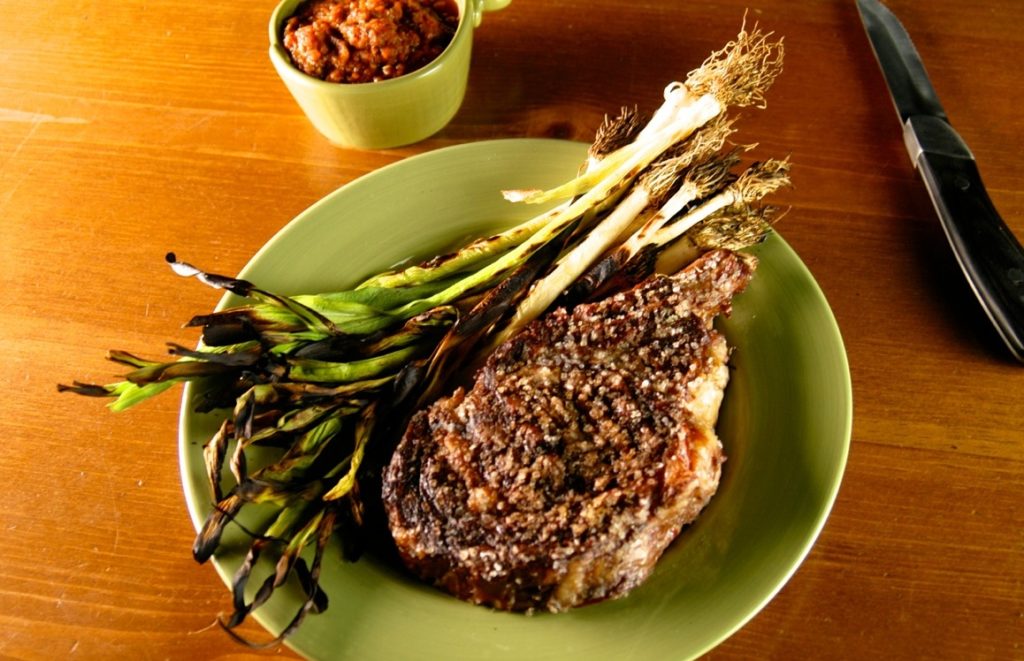 Steak. The word alone unleashes your inner caveman. We instinctively prize such “upper” cuts as New York strip and tenderloin. True, meat closer to the backbone tends to be flavorful and tender (think filet mignon), which is why they cost top dollar.

But as any true steak lover knows, there’s great eating to be found on the steer’s, er, undercarriage. Flank steak. Hanger steak. Skirt steak. Once deemed cuts for the poor, these belly steaks aren’t exactly cheap these days, but they’re a lot less expensive than top cuts. They’re richly endowed with flavor and they have the added benefit of being quick and easy to cook.

All steaks should be generously seasoned, grilled over a hot fire, and rested for a few minutes before serving. To sample fibrous belly steaks at their best, cook them fast and serve thinly sliced across the grain (which shortens those tough stringy meat fibers).

Here follows 10 great steaks for grilling. My favorite? The one that’s on the end of my fork!

So now that you know which steak to buy, learn the 10 secrets of grilling steak to master cooking it.

TRY THESE BEST OF BARBECUE PRODUCTS WITH YOUR STEAKS!