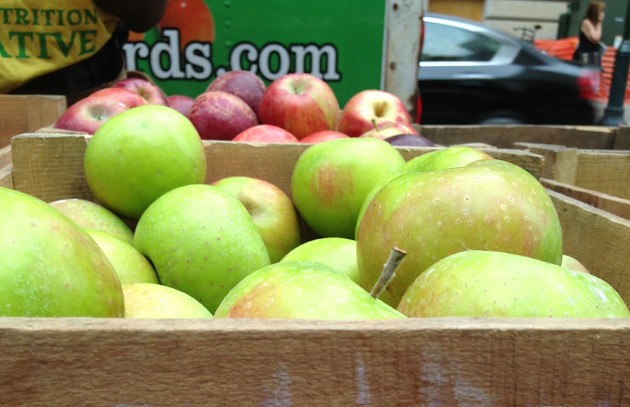 October is National Apple Month—not the mention, prime picking and eating time for some of America’s best apples. What better occasion to celebrate the contributions this storied fruit has made to American barbecue?

Apples possess a natural affinity for pork, which probably gained the fruit admission to the barbecue world in the first place. But don’t stop there. Apple juice, apple sauce, and cider vinegar are essential ingredients in regional American barbecue sauce. Apple wood is the fuel some of the most decorated competition pit masters swear by. Then there are grilled apples, smoked apples, and “baked” apples hot from the smoker.

Given the apple’s deep roots in American food culture, you may be surprised to learn that the fruit originated in Central Asia between the Black and Caspian Seas. The early colonists brought the apple to the New World along with the honeybees needed to pollinate the trees. More than 2500 varieties have been grown in the U.S.; about 100 are still grown on a commercial scale.

So how else should you use apples and apple-based products to take your barbecue to the next level?

As a marinade or injector sauce:

As a spray, basting mixture, or mop sauce:

So what’s the difference between apple cider and apple juice? Both are pressed from fresh apples, but the juice is filtered and pasteurized to make it clear and give it a long shelf life. I prefer cider—especially freshly pressed at a farm stand. The aroma and flavor will vary depending on the season and which apples are used.