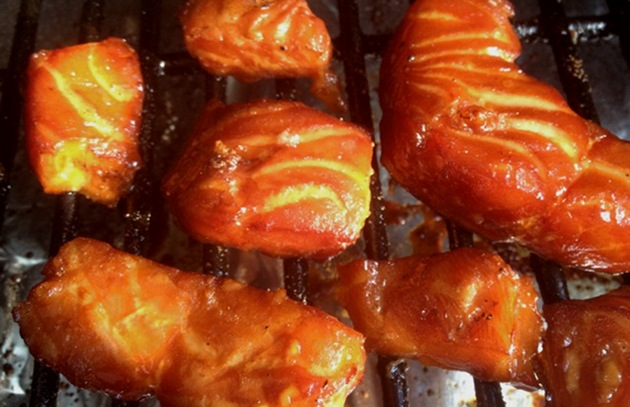 But have you made salmon candy, also known as Indian candy? (We no longer call it “squaw candy” by reason of political correctness.) British Columbians snack on it and it’s a staple in Pacific Northwest gift shops. Think of it as jerky, only better. Burnished to an Old Master chiaroscuro by hours of exposure to fragrant wood smoke—usually alder. Glazed with pure maple syrup or honey. Salty and sweet at the same time. It has a nice chew, too—but nothing that will threaten your molars.

Salmon candy makes a great snack for a road trip, hike, or long day at the office. It’s addictive as all-get-out. Once you gnaw your last piece, you’ll instantly crave more.

Making a batch is a satisfying project for the waning days of winter. Yes, it requires some time—16 hours or more including brining and smoking—but very little actual work.

Before you get started, here are a few secrets for salmon candy success:

Get the Salmon Candy recipe.

Try these other salmon recipes: