How to Talk to Your Butcher 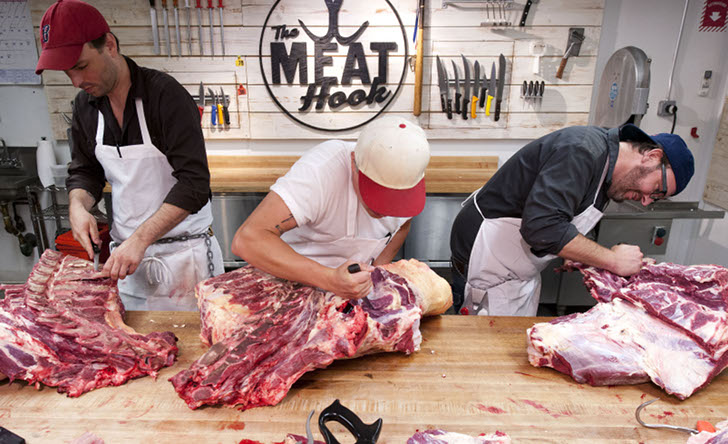 Anyone who is serious about BBQ also needs to be serious about meat. That means skipping the mega-mart and heading to a good old-fashioned butcher shop to find the highest quality meats and the best cuts for your recipes. Need a special cut? Have a weird request? Want a suggestion of what to buy and how to cook it? Your butcher is, quite literally, there to help you. Tom Mylan, co-owner of The Meat Hook in Brooklyn, New York, and author of The Meat Hook Meat Book (Artisan, 2014), offers some expert know-how on getting the most from your butcher shop. Tom Mylan is executive chef and co-owner of The Meat Hook. Opened in 2009, The Meat Hook is a local, sustainable butcher shop housed in Brooklyn Kitchen, New York City’s largest cooking school for home cooks. Tom has contributed recipes and stories to Food & Wine, Gilt Taste, and Gourmet and has appeared on Anthony Bourdain’s No Reservations. Chow.com called him one of the 13 Most Important People in Food (2010), and New York magazine named him one of the “Curators of New Brooklyn.” Mylan’s first book, The Meat Hook Meat Book, is the definitive guide to buying, butchering, and cooking better meat at home. WIN A COPY OF THE BOOK:
a Rafflecopter giveaway