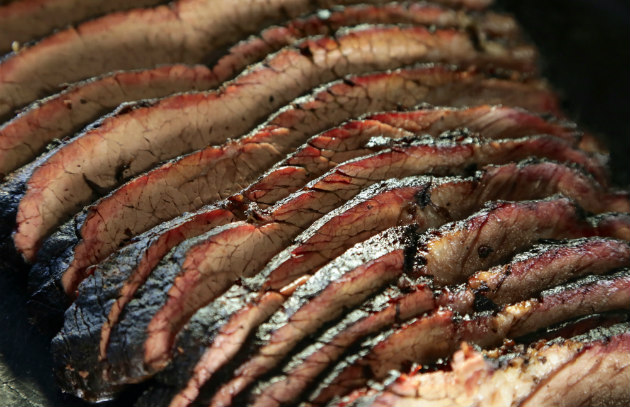 Brisket. Few words have such power to make mouths water and stomachs roar with hunger. Brisket is the summum of Texas barbecue and its popularity extends far beyond the Lone Star State. Food writers and pit masters like to mystify the process, making smoking a brisket sound as difficult as quantum physics.

Well, I’m going to let you in on a little secret: Brisket is easy, requiring maybe 30 minutes of actual work from start to finish. True, that start to finish can stretch as long as 16 hours. But armed with the right tools (a sharp knife, a remote digital thermometer, and unlined butcher paper) and a little knowledge and patience, anyone can smoke a brisket that would do a barbecue competition proud.

Get the recipe for Slam Dunk Brisket.

I’ve cooked a lot of briskets over the years, and two weeks ago, I made what might be the best one of my life. I followed my standard operating procedure—the one you’ve read in my books—but this brisket knocked it out of the park. So what was different? As I went back through my notes (secret #1: always take notes when you smoke brisket and other meats—record what works and what doesn’t), I found I made a few subtle changes to my usual method that took this brisket over the top.

Choose the right meat: I’ve worked with a lot of briskets, from inexpensive supermarket cuts to exorbitantly-priced Wagyu brisket that costs as much as a simple smoker. This time I used a fresh grass-fed brisket from Wisconsin’s Strauss Brands.

Bigger is better: Sure, you can cook a trimmed 6-pound brisket flat (the lean bottom muscle). I used a 12-pound “packer” with the point (the fatty deckle meat) intact. This is a great size: it feeds 10 to 12 people with leftovers and there’s enough fat in the point to keep the brisket moist—even during prolonged cooking.

A trim, not a haircut: Using a sharp knife, I trimmed off excess fat (including cutting out the hard, waxy lump of fat between the point and the flat). But I left a finger-thick layer of fat wherever I could to melt and keep the meat basted and moist.

Season like you mean it: After years of using complex rubs, I kept the seasonings simple: coarse sea salt, cracked black peppercorns, and a dusting of hot red pepper flakes for heat. I seasoned the brisket with a heavy hand. I wanted a crust savory with salt and spice.

Use a smoker, not a grill: I smoked this particular brisket on a Weber Smokey Mountain, but in the last few weeks, I’ve also smoked briskets on a Horizon Marshall (offset barrel smoker) and an awesome Pitmaker BBQ Vault. What’s important here is that I used a smoker, not a grill. The WSM and Pitmaker burn charcoal with wood chunks added to generate smoke. The Horizon burns logs.

Smoke with wood: For wood, I used peach chunks from Carolina Cookwood. I added a chunk or two every hour—enough to keep thin pale grey-blue smoke rising from the top vents or chimney—not so much to create oily clouds of black smoke, which would have made the meat unpleasantly smoky. I did not soak the wood chunks in water.

Keep it moist: A water smoker like the WSM is defined by its water pan, which I filled as needed to keep the water level at 2 inches. In the Horizon and Pitmaker, I added a foil pan filled with water.

Low and slow, but not too low and slow: I kept the smoker temperature around 250 degrees for most of the cook, bumping it up to 275 the last hour because my dinner guests arrived earlier than expected.

Power through the stall: It’s a well-documented phenomenon that as you smoke a brisket, the temperature will steadily rise, then plateau around 160 degrees, and in some instances, actually drops a few degrees, for an hour or so—sometimes more. This is called the stall and it results from the evaporation of the moisture from the surface of the brisket. (You may even see a puddle of liquid gather on the top of the brisket.) This evaporation cools the meat, much the way sweat helps cool you off in hot weather. Be patient—the stall will stop and the temperature will start climbing again. To monitor the stall you need a good remote digital thermometer, like the ThermoWorks ChefAlarm or Oregon Scientific wireless BBQ thermometer.

Keep it moist: This may sound paradoxical, because while you’re waiting for moisture to evaporate during the stall, you also want to keep the surface of the brisket moist during the rest of the cook. This enables the smoke to penetrate the meat more easily. So every hour, I lightly sprayed the brisket with white vinegar in a spray bottle. Give it a wrap: I used to wrap my brisket in aluminum foil (the so-called “Texas crutch”—practiced at the illustrious Snow’s BBQ). I wrap when the internal temperature reaches 175 to 180 degrees. Then I met Aaron Franklin, who smokes the best brisket on the planet. Franklin wraps his brisket in pink unlined butcher paper. The advantage of butcher paper over foil is that it breathes, holding the moistness in the meat, but without making the bark (crust) soggy. Once you wrap the brisket, there’s no need to continue adding wood to your charcoal.

Please overcook: Here’s another trick from Aaron. Conventional barbecue wisdom tells you to cook the brisket to an internal temperature of 190 to 195 degrees. Aaron takes it to 200 to 205 degrees. This higher temperature makes the meat significantly more tender. But as Aaron explains, the best way to judge a brisket’s doneness is by feel. Put on a pair of insulated food gloves and touch the brisket. Does it feel soft and jiggly? Can you worm your finger easily between the point and the flat? Is the meat so tender, you can push the handle of a wooden spoon through it without too much resistance? That’s what you’re looking for.

Give it a rest: OK, so it’s been 12 hours and your brisket is ready to come off the smoker. You’re not done yet, because the next step is the most important: place the wrapped brisket in a clean insulated cooler, cover with thick towels, and let it rest for 1 to 2 hours. This “relaxes” the meat and redistributes the juices, making for a more tender, succulent brisket than if you served it hot off the smoker. Save the juices that accumulate in the butcher paper and the bottom of the cooler for spooning over the sliced brisket.

Divide and conquer: Brisket is comprised of two muscles—the flat and the point (pectoralis profundus and pectoralis superficialis, if you want to get technical). The grain of the latter runs at about a 45-degree angle to the grain of the former. When you slice brisket, your goal is to cut it across the grain (to shorten the meat fibers) and if you cut across the grain of the flat, your point slices will be more on the diagonal. So I like to cut the point off the flat (run your knife parallel to the cutting board), turn it over, and trim off the excess fat. Then cut the brisket flat across the grain into 1/4-inch-thick slices. Next, trim any crispy or burnt edges off the point and dice (these become your burnt ends) and slice the point across the grain the same way. I learned this technique from Jim Budros, founder of City Barbeque in Columbus, Ohio, and it’s also practiced by Hugh Mangum at Mighty Quinn in Manhattan. Sauce on the side: You’ve worked hard to smoke the perfect brisket. Don’t camouflage your efforts under a slick of sweet barbecue sauce. I prefer my brisket without sauce, but if you do plan to accompany the brisket with sauce, please serve it on the side.

Repeat often: Every brisket, smoker, and smoke session is different, and your smoking will vary with the wood and the weather. Each time you smoke a brisket, you learn something new. Take notes and keep practicing. Each smoke session gets you closer to perfection.

What are your secrets to the perfect brisket? Share your recipe, tips, and photos on the Barbecue Board.

Get the recipe for Slam Dunk Brisket. 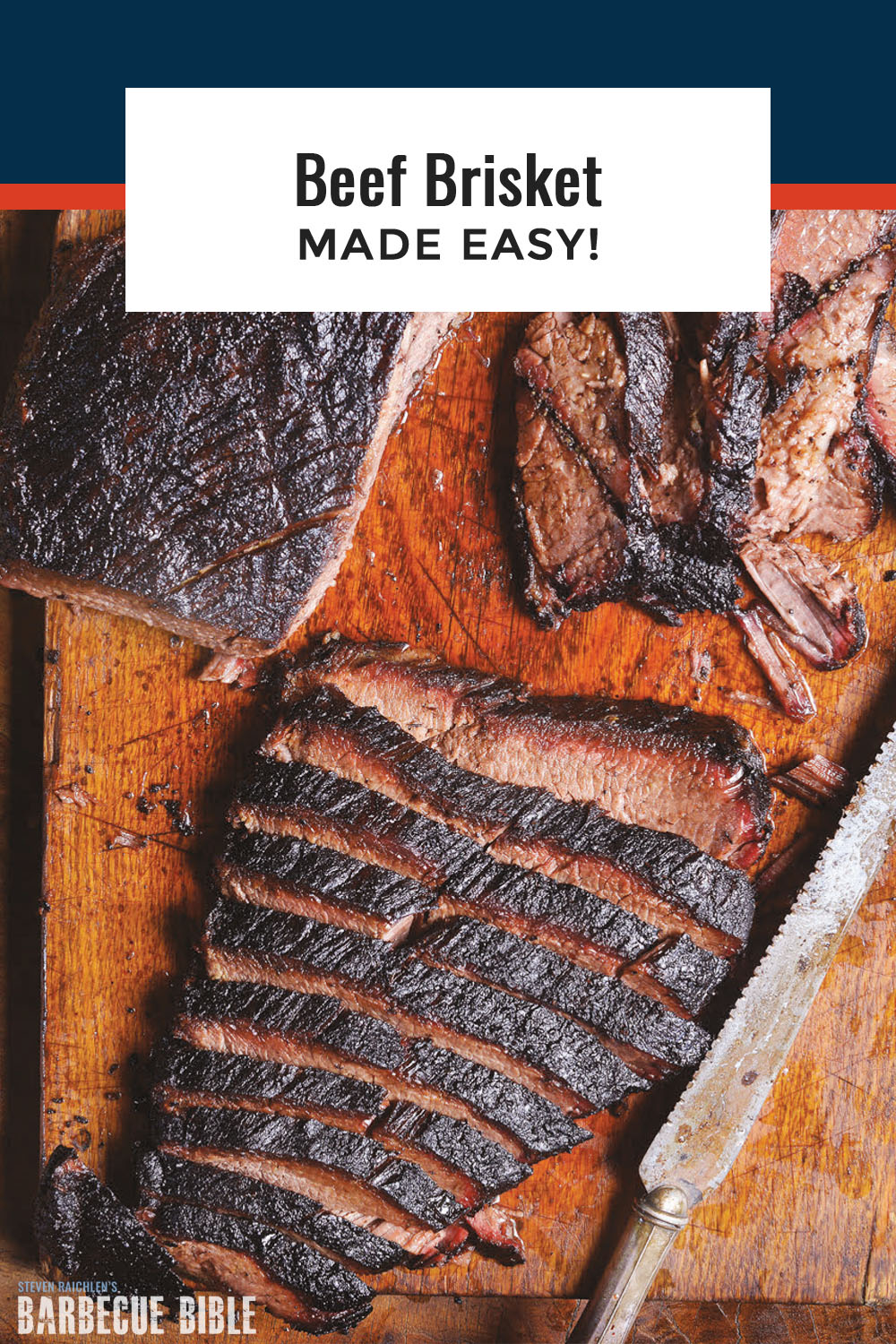 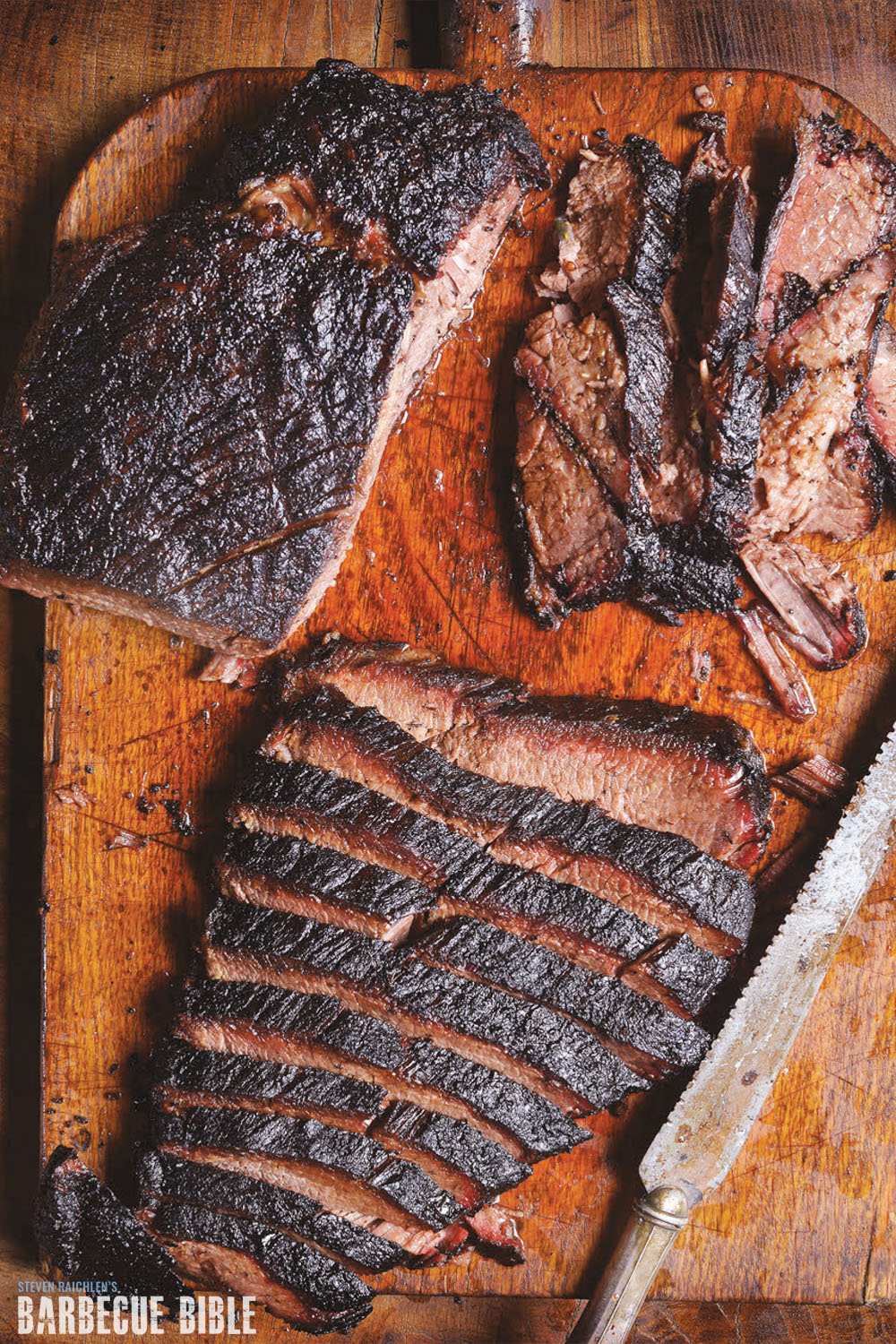