Crash Course: How to Light a Charcoal or Wood Grill 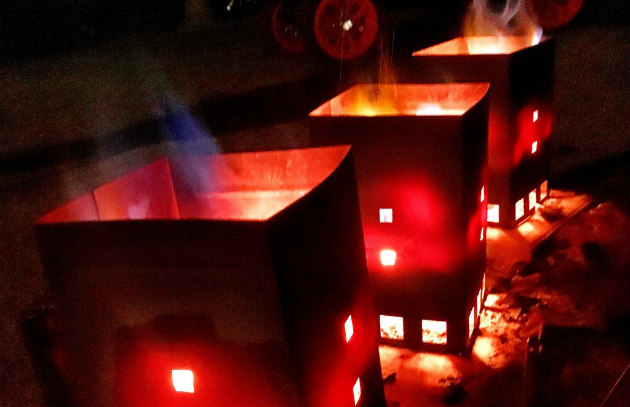 3 Ways to Light a Charcoal Grill

In the United States, you often hear the complaint that a charcoal grill takes too long to light. The truth is that if you have the right tools, charcoal is quick and easy to light, requiring little—if any—more time than it takes to preheat a gas grill. Here are three tried-and-true methods. A chimney starter: A chimney starter looks like a large coffee can or an upright metal box with a perforated partition inside. The charcoal goes in top; a crumpled newspaper or paraffin fire starter goes in the bottom. You position the chimney starter on the bottom grate of your grill or on a rock or cinderblock—never on a wood deck—and light the newspaper or starter. Thanks to the chimney’s upright shape and unique thermodynamics, the charcoal lights quickly and evenly in 15 to 20 minutes. Briquettes take a bit longer to light than lump charcoal.

Accelerants: Back when I was a kid, we simply doused the coals with lighter fluid. In France and the French West Indies, grill masters often light lump charcoal with wood alcohol. Accelerants have fallen out of fashion in these eco-minded days, and there’s always the risk that, if your coals aren’t completely lit, your food may acquire a petroleum aftertaste. So make sure the coals are completely lit (glowing orange and beginning to ash over) before grilling.

6 Ways to Light a Wood-Burning Grill or Fire Pit

Forget the great (grate?) charcoal versus gas debate. The most flavorful fuel is wood. And more and more people are discovering the pleasure and taste dividends from grilling with wood. So how do you light the fire?

Box method: Build a small box of twigs, as you would a log cabin, over a ball of loosely crumpled newspaper. Build larger boxes of twigs, sticks, and split logs around it. Light the newspaper with a long match.

Charcoal method: Start with a mound of lit charcoals. Arrange your wood—twigs first, then sticks, then split logs—on top. Basket method: The basket method is widely used in South America; it requires that the grill have a cesta, a U-shaped metal basket. Fill the cesta with twigs, then sticks, then split logs, placing crumpled newspaper under the metal bars of the basket. Light the newspaper. As the wood catches fire, keep adding logs, until you have a basket full of burning logs and wood embers. As the embers fall through the bars of the basket, rake them into a pile and do your grilling over them.

Accelerant method: Fireplace shops sell various petroleum- and alcohol-based igniters. Top one of these with twigs, sticks, then split logs, then ignite it. Make sure the accelerant has burned away completely before you start grilling.

Adapted from Planet Barbecue! For more information on the tools, fuels, and techniques of grilling, click here. Learn more:
A Crash Course on Gas Grills
Types of Charcoal for Grilling
Grilling and Smoking with Wood