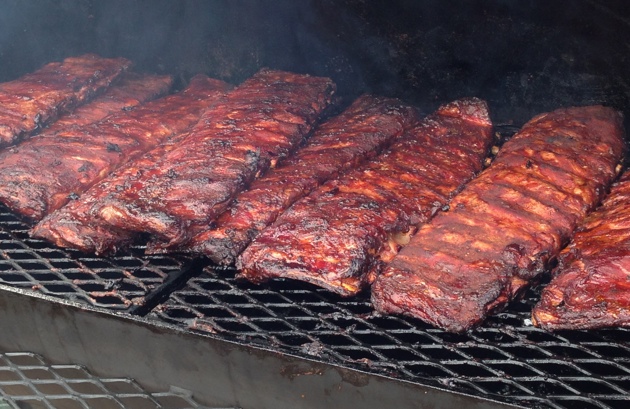 You might think that a rib is a rib is a rib — throw enough spice and wood smoke in its general direction, and you’ll wind up with respectable bones. The fact is that, while cooking ribs is not complicated, there’s an enormous amount of technique, tradition, lore, and yes, science behind preparing the perfect bones. (And with these 22 rib tips, you too can up your game with slabs and bones!)

Ribs possess many advantages. They offer gnawable bones that provide structure and flavor, presenting a broad surface to the smoke and fire. The meat is well-marbled and rich-tasting with a price that remains relatively affordable — especially when compared to steak. They’re also versatile: All the major meats types come in rib form, from the ubiquitous pork and beef to the more rarified lamb, veal, and bison. Ribs can be cooked using a myriad of methods, from direct and indirect grilling to smoking and even spit-roasting. (You’ll find the latter at Brazilian-American rotisserie restaurants, like Fogo de Chao.) Many pit masters use multiple methods — smoking the ribs for several hours first, for example, then flash-searing the sauce onto the meat directly over a hot fire.

Even rib portion sizes vary widely, from the paper-thin strips of kalbi-kui (beef short ribs) direct grilled on charcoal braziers at Korea town restaurants to the plate-burying slabs we’ve come to expect from barbecue joints in Memphis and Kansas City.

But most of all, ribs are just plain fun to eat, evoking a primal memory of when our cave-dwelling ancestors roasted huge hunks of meats over campfires, ripping them apart with their bare hands. Admit it, part of the pleasure of ribs is that you get to eat them with your fingers.

But which rib? As with so much in barbecue, there are striking regional differences — the merits of which partisans argue with a ferocity once reserved for religious disputes.

If you come from Memphis, for example, your notion of ribs was probably shaped by a landmark restaurant called Rendezvous, where Greek immigrant Charlie Vergos grilled top loin ribs (a.k.a. baby backs) high over charcoal briquettes, swabbing the cooked racks with vinegar prior to sprinkling them thickly with spice rub. Thus was born the “dry rub” rib, which is unique in the annals of American barbecue. Said rub contains paprika, chili powder, oregano, and mustard, and unlike most American barbecue rubs, it’s not in the least bit sweet. Notice I said “grilled,” not “smoked”: The Rendezvous uses no wood in cooking its ribs — the flavor comes from the spices — and meat juices sizzling on the coals.

If Kansas City is home, your idea of ribs is probably epitomized by the sweet smoky spareribs at Oklahoma Joe’s. Kansas Citizens typically use a three-step process: first a spice rub goes on the uncooked ribs (which may or not may not be marinated overnight before cooking). The ribs are heavily smoked at a low temperature for 4 to 8 in a pit fired with apple or hickory. The last step involves glazing the slabs with the sort of sweet smoky red condiment that most Americans have come to think of as “barbecue sauce.” Of all American barbecue, Kansas City is the most heavily smoked — a reminder of the vast woodlands that once surrounded the city.

Baby back ribs (cut from the back of the hog) are the quickest cooking and most tender, while spare ribs (cut from the side of the hog) are fatter, meatier, tougher, and many say more flavorful. Suppose you could combine the meatiness of a latter with the convenience and lusciousness of the former. Our next stop is St. Louis, where butchers created a trimmed center-cut spare rib that looks and cooks like a baby back.

Curiously, the most famous St. Louis rib joint, Pappy’s Smokehouse serves top loin (baby back), not St. Louis cut ribs, but according to smoke-master Skip Steele (pictured above, with Mike “Pappy” Emerson), St. Louis cut ribs will headline their new restaurant, Adam’s, scheduled to open next month. These ribs will involve a five-step process: first a rub, then a mustard-based marinade, the smoking, then glazing, and finally, a blast with a blowtorch to crisp the ribs at the end. Talk about complex.

Of course to a Texan, the best ribs don’t come from a hog at all, but a steer. Picture a giant beef rib seasoned with little more than salt and pepper and smoke-roasted in a pit fueled with post oak. Some people call them dinosaur bones. John Lewis calls them beef chuck short ribs and has made these monsters one of the specialties of his Austin eatery, La Barbecue Cuisine Texicana. In New York you should try the salt and pepper beef ribs — again so huge that one makes a meal — at Mighty Quinn’s Barbecue in NYC’s East Village. Which brings us to a delectable if often overlooked slab — lamb ribs. Cut from the sheep’s underbelly, lamb ribs are generously marbled, which makes them, when properly cooked, meltingly tender and rich tasting. Lamb ribs often go by the name “Denver cut ribs,” but I’d be hard pressed to tell you where to find them in the Mile High City. Instead, head for Podnah’s Pit, in Portland, Oregon, where lamb ribs are seasoned with chili powder and cumin and slow smoked for four hours — but only on Thursday night.

GET STEVEN’S BEST RIBS EVER BOOK!