High on the Hog — Make that Sheep! 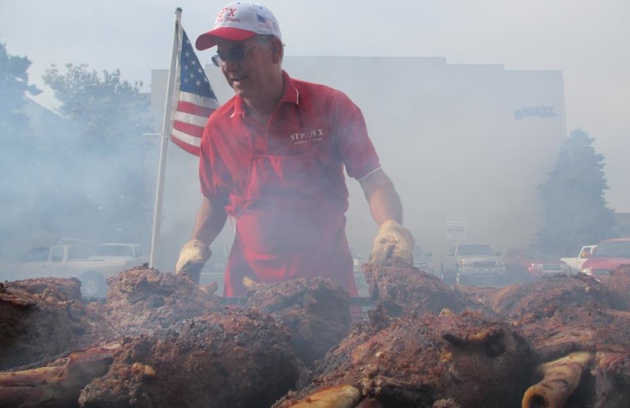 “Memphis, Tennessee” evokes visions of dry rub baby backs. North Carolina makes mouths water for its pulled pork (whole hog in the eastern part of the state; pork shoulder in the west). Texas is ground zero for barbecued brisket, while the Pacific Northwest gave us the salmon roast.

But Kentucky? If you’re like most Americans, you suspect they serve barbecue in Kentucky, but you’d probably be hard pressed to name a single Kentuckian barbecue specialty.

Wes displays a leg of mutton he smoked at home on the Green Egg.

So what’s so special about Kentucky? Well, for starters, it’s the only place in the world where you’ll find barbecued mutton (check out the mutton quarters being flipped at the 2012 Owensboro BBQ Fest, pictured at top) — that’s big gamy mature sheep, not delicately flavored lamb — sometimes smoked with sassafras, more commonly with hickory, and served with what may be the world’s only black barbecue sauce. Drop a pin on the Ohio River town of Owensboro and draw a 50 mile-radius around it. That’s where you can enjoy barbecued mutton and virtually nowhere else on the planet.

But Bluegrass State barbecue is sufficiently ecumenical to include wood-ember roasted pork shoulder (try it at Backyard BBQ in Thompkinsville in Monroe County), pork ribs (check them out at Dave’s Sticky Pig in Madisonville), hot links (a.k.a., smoked sausages at Staxx in Frankfort), and even barbecued bologna (dished up in more places in Kentucky than you’d think.)

Kentucky barbecue sauces vary, too, from the usual sweet tomato sauce to the vinegar and cayenne pepper sauces of Hickman County to the singular “dip” (black barbecue sauce) concocted from Worcestershire sauce and lemon juice and served with barbecued mutton in Christian County.

Part travelogue, part restaurant guide, part history; chock full of colorful characters, local food lore, BBQ joints worth a two-hour drive, and a smattering of authentic recipes to try at home, KY BBQ strikes the perfect tone between worshipfulness and irreverence. A must-read for any serious student of American barbecue. 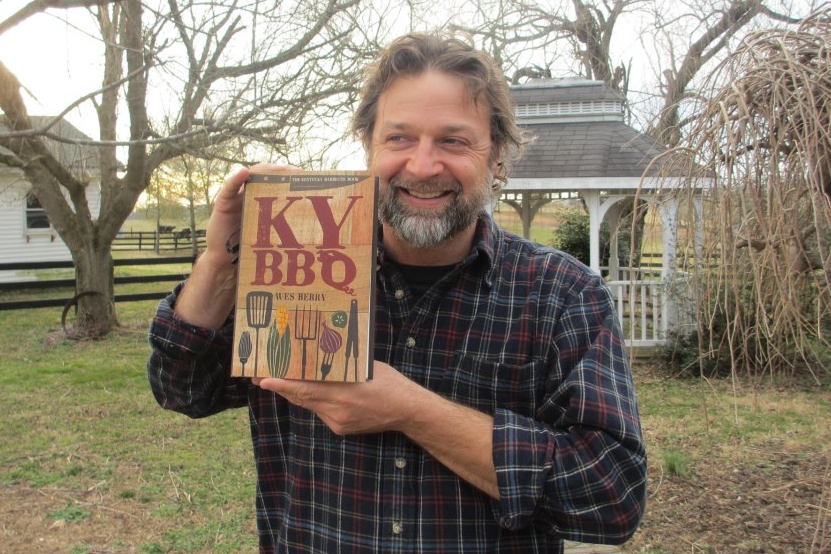