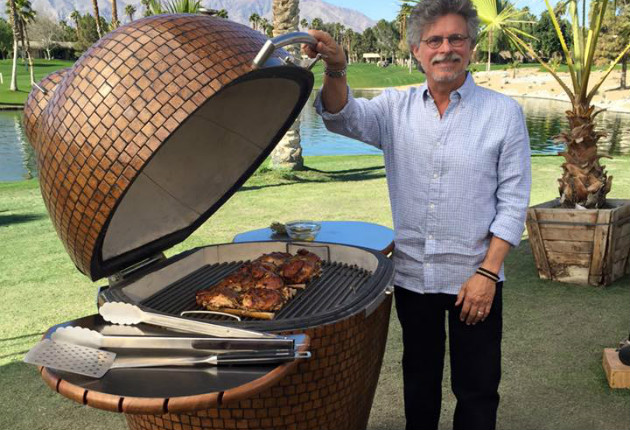 There are many ways you could categorize the world’s dozens, perhaps hundreds, of different grills. You could group them by fuel, for example: charcoal grills, wood-burning grills, gas grills. You could organize them by region of origin—the grills of South America, for example, or Southeast Asia. But the most useful way, from a griller’s point of view, is by the configuration of the fire and where to place the food for cooking. This is what determines at what temperature and how quickly the food will grill. Understanding and controlling these variables goes a long way toward determining your success as a grill master. Open Grill
The simplest of all grills: a metal or stone box with the burning charcoal, wood, or propane at the bottom and the food positioned directly over the fire. The grill grate is optional. Covered Grill
Add to an open grill a tall lid you can raise and lower and you get a covered grill. This may sound like a simple innovation, and yet the covered grill enables you to add two additional important methods of live-fire cooking to your repertory: indirect grilling and smoking. Vessel Grill
A name I coined to describe deep, thick-walled, ceramic grills that rely on the radiant heat of the side walls, as well as the direct heat from the coals, to cook the food. Sometimes the food is cooked directly on the walls (breads) or on a vertical spit positioned inside the firebox instead of on a grill grate. Rotisserie Grill
The rotisserie adds motion to the static process of grilling. The slow, gentle rotation of a turnspit evens out the cooking process, basting the meat, melting out fat, and browning the exterior. Spit-roasted foods come out crisp on the outside and succulent within. Smoker
Smoking is one of the world’s oldest methods of cooking and preserving foods, but the smoker as a portable backyard barbecue grill is a North American invention of the 20th century. All the world grills, but not all grill cultures smoke. Open Pit and Campfire-Style “Grills”
In the beginning, grilling (make that cooking) wasn’t done on a grill, but over or next to a campfire. This primal method still enjoys wide popularity—especially in the Americas.

Adapted from Planet Barbecue! For more information on grills used around the world, click here. Learn more:
The Anatomy of a Grill
A Crash Course on Gas Grills
Types of Charcoal for Grilling
Buying a Grill or Smoker? 8 Questions to Ask Yourself