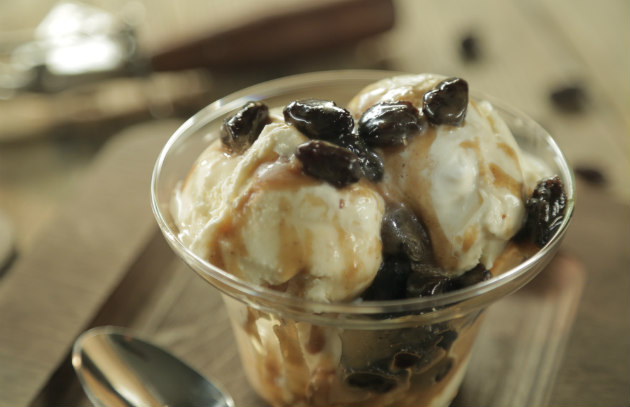 He couldn’t. He wouldn’t. Something so sacred?

You know I smoke and/or grill just about everything. But ice cream? Yes, folks, I’ve even smoked ice cream. It’s not as strange as it sounds. I broke ground in my first television show, Barbecue University, with my recipe for Baked Hawaii—ice cream-filled, meringue-coated pineapple. (Find the recipe in Beer-Can Chicken.) Grilling iconoclast Victor Arguinzoniz of the restaurant Etxebarri in the Basque village of Axpe smokes the cream he uses to make ice cream. And I once interviewed chef Mehman Huseynov in Baku, Azerbaijan, who demonstrated how he did it: He dipped frozen ice cream balls in beaten egg, crusted them with shredded coconut, and grilled them quickly over a screaming hot fire.

Adding smoke and its umami flavors gives incredible depth to ice cream. Think s’mores. Smoke works exceedingly well with the sweetness and complements the richness. In my experience, a premium vanilla-flavored ice cream works best. Chocolate is my least favorite as the smoke seems to amplify its natural bitterness.

Obviously, exposing this cold treat to smoke and live fire presents a unique challenge: how to keep the ice cream from succumbing to the heat.

What unusual foods do you grill or smoke? Tell us on Facebook, Twitter, or the Barbecue Board.