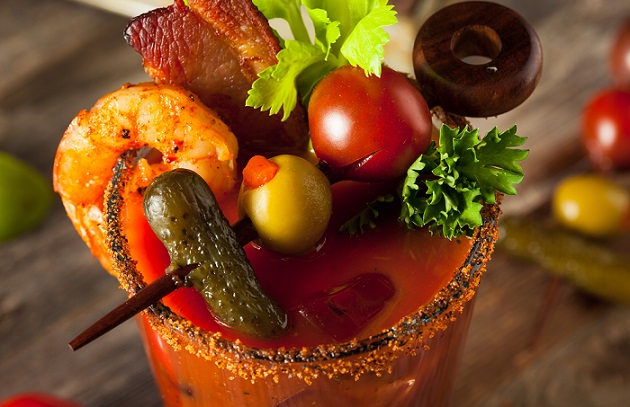 By now, you’ve mastered barbecued ribs and brisket. I hope you’ve smoked salmon and bacon, and maybe even applied your smoking skills to a ham or a turkey. Are you ready to expand your smoking horizons? Here are 12 foods you may never have dreamed you could smoke—but you’ll sure be glad you did.

Most of the foods listed here are smoked using a cold-smoker, hot-smoker, or a handheld smoker like the Smoking Gun.

In a cold smoker: Place the food in a shallow aluminum foil drip pan. (Spread or pour soft or liquid foods, like honey or ketchup, to a depth of 1/4 inch.) If smoking perishable foods, like mayonnaise or cream, or smoking on a warm day, place the foil pan in a larger pan filled with ice or replenish the ice as it melts. Keep the smoker temperature at 80°F or less. Stir the food a few times so it smokes evenly. Smoke until well flavored by the smoke. (White foods like yogurt or mayonnaise will acquire a light golden brown film on the surface.) This can take as little as 1 1/2 hours or as long as 6, depending on your smoker. The average is 3 to 4 hours.

Cold-smoking in a hot-smoker: Place the food in a shallow aluminum foil drip pan over a larger pan filled with ice, as above. Set the smoker temperature at 225°F or as low as it will go. Replenish the ice as it melts. Smoke the food until lightly bronzed with and well flavored by the smoke. This can take as little as 1 hour or as long as 3, depending on your smoker. This average is 1 1/2 to 2 hours.

With a handheld smoker: Place the food in a large glass bowl and cover tightly with plastic wrap, leaving one edge open. Fill and light the smoker following the manufacturer’s instructions. Insert the tube of the smoker, fill the bowl with smoke, withdraw the tube, and tightly cover the bowl with the plastic wrap. Let infuse for 4 minutes. Stir the food to incorporate the smoke. Repeat 1 to 3 times or until the food is smoked to taste.

Alternate handheld smoker method: When smoking creamy or liquid condiments, like mayonnaise or ketchup, half empty the jar or bottle, cover with plastic wrap as above, fill the container with smoke, seal the plastic wrap, and let sit for 4 minutes. Screw on the lid and shake well. Repeat as necessary until the condiment has a pronounced smoke flavor.

Here are 12 foods worthy of your efforts.

Butter: Sometimes, an idea is so powerful it turns up simultaneously at opposite ends of the earth. Keenan Bosworth smokes house-cured butter at Pig & Pickle, a gastropub in Scottsdale, Arizona. Grill visionary Victor Arguinzoniz smokes goat’s milk butter at his restaurant, Asador Etxebarri, in Spain’s Basque country. Smoke using any of the described procedures.

Cream: Smoked heavy cream makes a great drizzle for soups or desserts, and you can whip it in a chilled metal bowl or with a nitrous oxide charger to make the world’s most interesting whipped cream. (Note: If using a nitrous charger and a handheld smoker, you can pump the smoke right into the charger.) Smoke using any of the described procedures. You can smoke sour cream, half-and-half, and milk the same way.

Ricotta cheese: Smoked ricotta drizzled with olive oil and seasoned with hot red pepper flakes makes an astonishing spread for grilled bread. Use it to stuff ravioli, manicotti, or squash blossoms. Smoke using any of the described procedures.

Salt: Excellent smoked salt is widely available these days, but when I started smoking, you had to smoke your own. Here’s how I did it: Spread the salt (sea or kosher) in an aluminum foil drip pan in a layer 1/8 inch thick. Cold-smoke 10 to 12 hours, or hot-smoke 4 to 6 hours. This is a good project to piggyback on another smoking task, such as brisket or pulled pork.

Hot sauce: Puts smoke with the fire! Works particularly well with a thick hot sauce like sriracha. Smoke using any of the procedures described above.

Olives: Smoke gives olives an otherworldly quality. Green olives, I’ve discovered, hold the smoke better than black. Toss with a good-quality olive oil and spread in a single layer in an aluminum foil pan or arrange directly on the smoker rack (if the olives are large). You can even skewer them if they are pitted. Smoke using any of the described procedures. Terrific stuffed with blue cheese!

Lemons or limes: I often smoke lemons or limes to serve with smoked or grilled fish. Cut in half crosswise, remove any seeds, and smoke the halves cut side up directly on the smoker rack using any of the procedures described above. Try smoked limes with mezcal-based cocktails.

Bologna or mortadella: “Oklahoma prime rib” is barbecue-speak for smoked bologna—traditionally served on a bun or white bread slices with barbecue sauce. Cut a chunk of bologna crosswise into 1/2-inch slabs, then lightly score the top in a crosshatch pattern to maximize exposure to the smoke. Sprinkle with barbecue rub (optional) and arrange directly on the smoker rack. Smoke using any of the described procedures.

I also like to smoke mortadella, a large fine-textured Italian cured meat speckled with cubes of pork fat. It comes from Bologna, Italy, and is an ancestor of American bologna. Smoke in 1/2-inch slabs like bologna, then cut into cubes and serve on toothpicks with…what else…smoked mustard (see below).

Mustard: You can smoke any mustard—I’m partial to Dijon. Great with pork and ham. Blend with mayonnaise to make a sauce for grilled fish or shellfish. Spread it in an aluminum foil drip pan to a depth of 1/4 inch if cold- or hot-smoking, or use a handheld smoker.

Ketchup: The perfect condiment for grilled hamburgers (especially my Hay-Smoked Hamburgers) is smoked ketchup. Or mix it with prepared or freshly grated horseradish to make smoked cocktail sauce—great with shrimp or crab claws. Smoke using any of the procedures described above.

Ice: Smoke ice and it will take your smoked cocktails, like a Bloody Mary, over the top. Place distilled water in an aluminum foil pan or metal bowl and smoke using any of the procedures described above. Transfer the smoked water to ice cube trays—or for large ice cubes, 1/4 cup plastic deli containers—and freeze until solid.