The Best Lamb in America 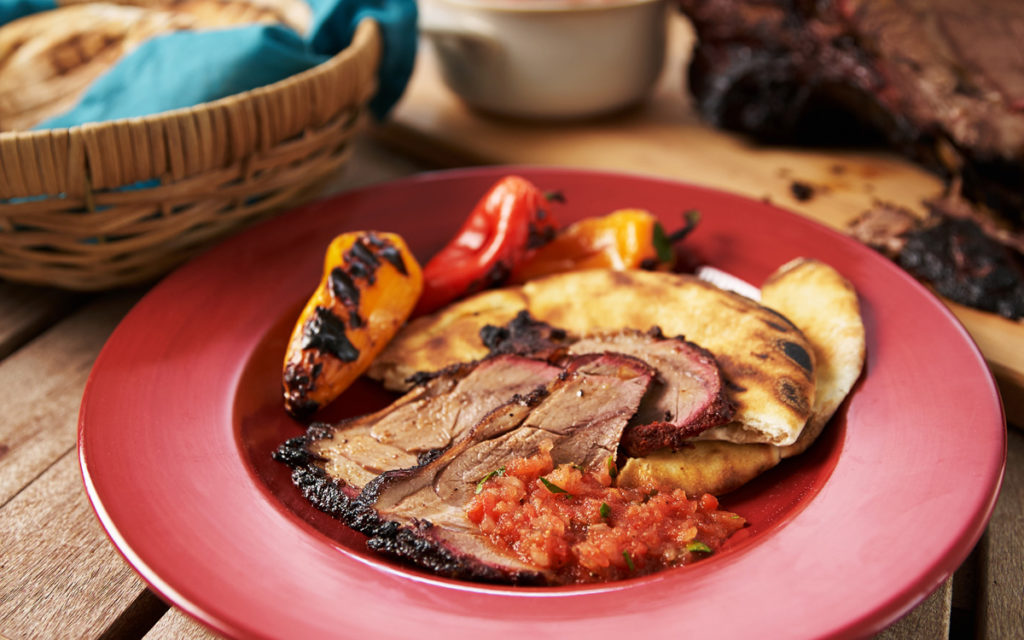 They arrived via FedEx in an insulated carton: four pristine lamb shoulders, the meat red as roses, the fat white as snow, the bones delicately delineated as lace.

One look at the shipping label—from Jamison Farm in Latrobe, Pennsylvania—let me know that that it would be a very good day, make that an exceedingly delicious day, on the set of the new Project Fire in Steinhatchee, Florida.

John and Sukey Jamison of Jamison Farm raise the best lamb in North America.   I know that sounds like hyperbole, but it’s true. And they’ve been proving it since 1976, when the couple—self-described “preppies” from Western Pennsylvania and Cincinnati, respectively—bought a 65-acre farm with a 200-year-old house in the rolling hills of western Pennsylvania and began raising lamb.

But don’t take my word for it.  Jamison lamb turns up at some of the finest restaurants in America, revered by marquee chefs like Daniel Boulud, Wolfgang Puck, and Dan Barber. It literally brought tears to the eyes of the late great chef Jean-Louis Palladin when the Jamisons personally delivered lamb to his Watergate restaurant in Washington, D.C.

It’s the lamb you’ve watched me grill and smoke in all of my TV shows, from Barbecue University and Primal Grill to Project Smoke and Project Fire. It’s the lamb I cook for my friends and family.

And it’s the lamb you’ll see me grill in our “Shoulder On” episode in the forthcoming Project Fire 2 series, which starts airing on Public Television on July 4.

Which explains my excitement as I prick the lamb shoulder all over with the point of a paring knife, then slather it with a Berber spice paste made aromatic with ginger, garlic, cumin, cinnamon, and cardamom.   I smoked it for 3 hours. It emerged from the smoker so tender, you could carve it with a spoon. Find the recipe here. 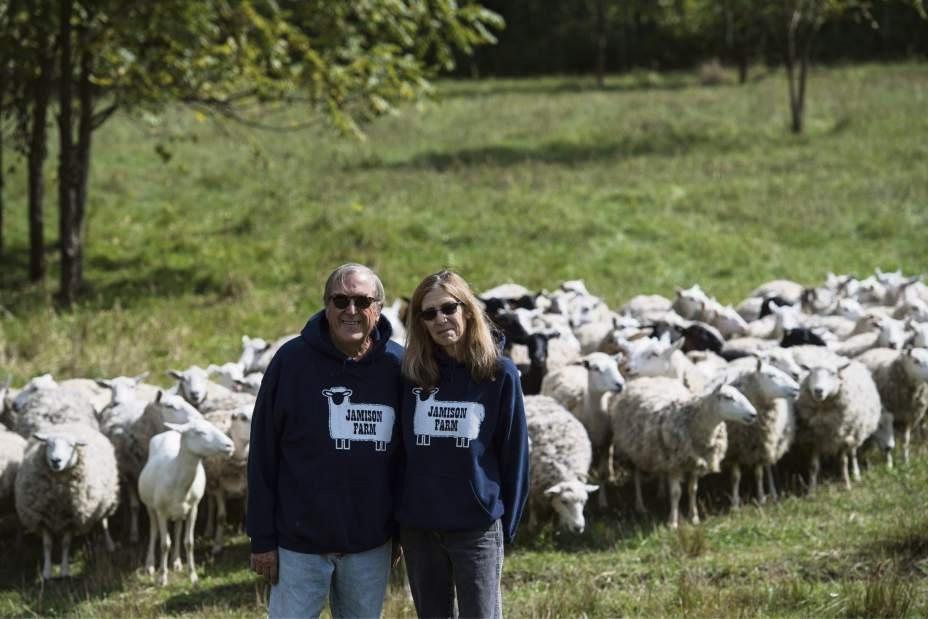 So what makes Jamison lamb so remarkable? The Jamisons credit the grass and other plants that carpet their now 210-acre farm. John says:

Most of the chefs with whom we work are European or have been trained in that background. Consequently, they are aware of seasonal changes in product and availability. Lamb tastes like what it eats, so it has a very interesting variance in taste based on the season. In the spring, our lambs naturally have a garlic/onion taste as these are the first wild grasses and herbal vegetation that spring up. In the late summer and early fall, we have Queen Anne’s lace—wild carrot. Just as with cooking, adding carrots to the lambs’ diet actually sweetens the taste of their meat.

The result: lamb so mild, you could almost confuse it with veal.   (Almost.) With a delicate herb flavor—the result of its grazing in herb-dotted pastures.   And with none of the strong oily flavor that turns many people off lamb.

If I sound like I’m proselytizing, I am because lamb needs some help.   On average, we Americans eat less than 1 pound of lamb per person per year.   Compare that with the 18 pounds eaten by Australians, the 4 pounds eaten by Central Europeans, or the whopping 110 pounds consumed by Mongolians.

For that matter, compare it with the 220-plus pounds of meat and poultry the U.S. Department of agriculture predicted Americans would eat in 2018. (Final numbers aren’t in yet.)

I say it’s high time to change that disappointing statistic, and what better time to turn over a new leaf than at Easter?

Why lamb at Easter? It has religious significance for both Jews (who used sacrificial lamb’s blood on Passover to protect the lives of their firstborn sons) and Christians, who refer to Jesus as “the Lamb of God.” A roasted lamb shank is still one of the symbolic foods on the ritual Passover Seder plate. But there was another reason for featuring lamb on the celebratory table as lambs are one of the first livestock animals to be born in the spring.

If you want lamb for your holiday feast, you still have time to order it from Jamison Farm. While you’re at it, pick up a copy of their moving and recipe-rich book, a delightful read, Coyotes in the Pasture and Wolves at the Door.  Not only does it tell you about their brave, seemingly foolhardy but ultimately successful adventure in sheep farming.   It’s also a history of the last 40 years of American gastronomy, and it had special meaning for me because I came of age when the Jamisons did.   We were all there for the American food revolution.

Happy holidays!   And happy eating!   In the meantime, here’s one of John and Sukey’s favorite recipes for grilled lamb: 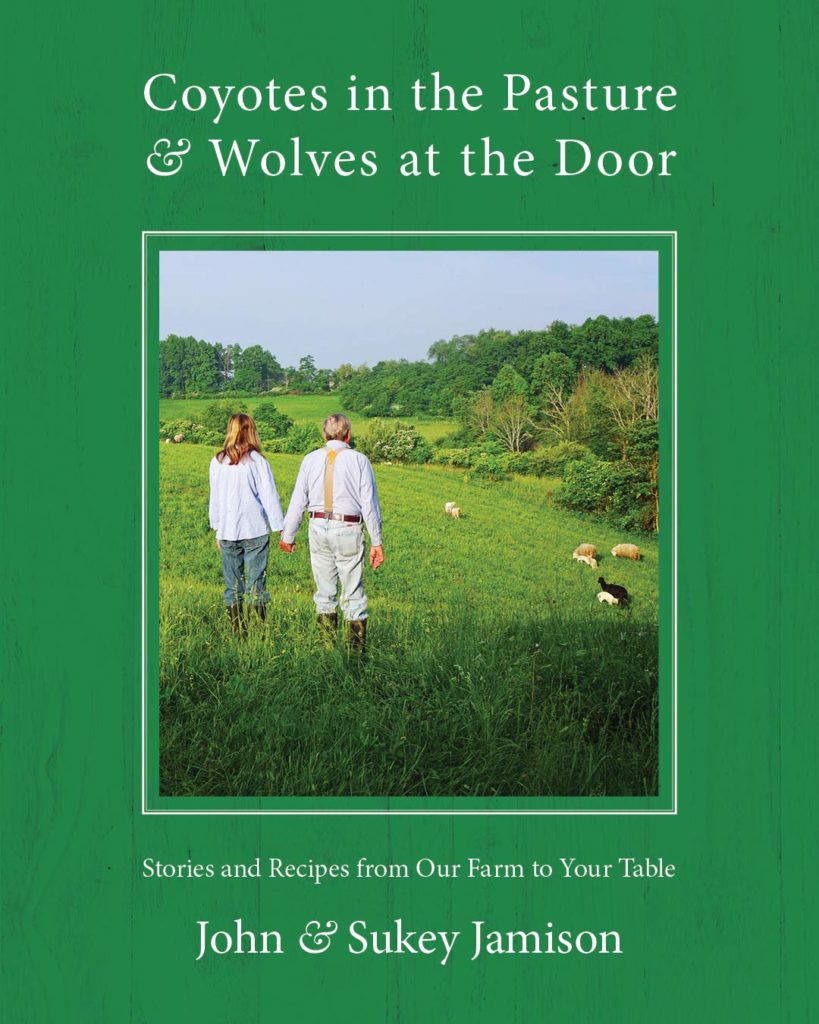 After the leg is butterflied, the muscles all have a slight to distinct difference in thickness. With even grilling, some of the leg will be rare and some will be medium. Slicing across the leg, there will be different doneness for your guests. Everybody’s happy.