How to Grill the Perfect Steak 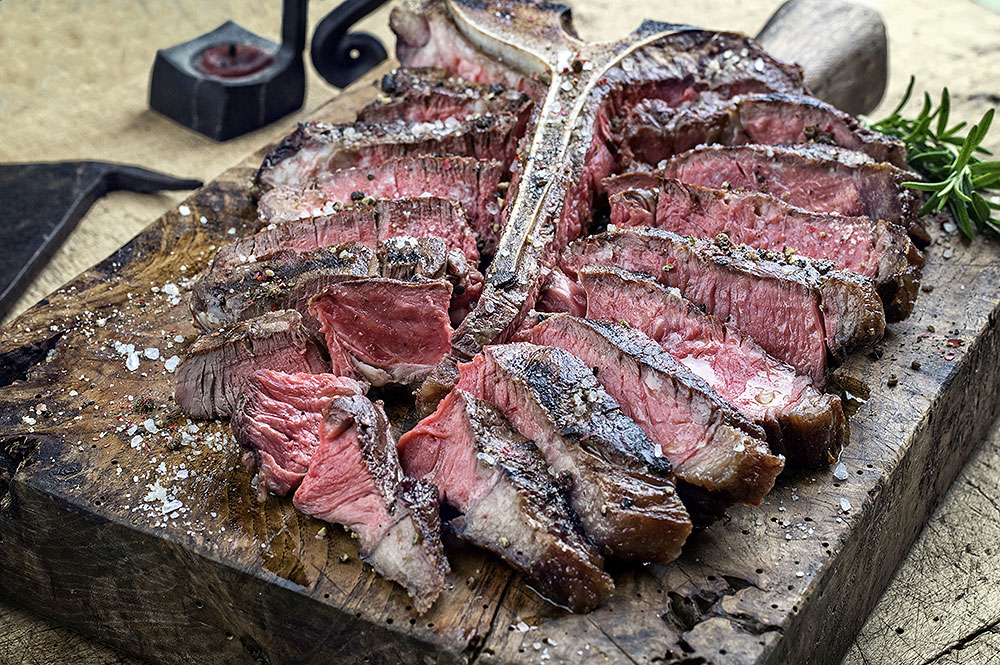 Thousands of students have graduated from Barbecue University, the intense hands-on course in live-fire cooking I’ve been teaching since 2001. And nearly all have a common goal: to learn how to grill the perfect steak—crusty on the outside, juicy and sanguine on the inside, and deftly seasoned.

Even among intrepid grillers, the fear factor is high with beefsteak. Miscalculate the cooking time by mere minutes, and you’ve potentially devalued your investment—which is usually substantial—and ruined not only dinner, but your reputation.

As steakhouse line cooks can tell you, consistent results are dependent on having a system. Here’s the one I use.

Buy the best steak you can afford: The top grade of beef in the U.S. is Prime. The majority is sold to hotels and restaurants, although it can sometimes be found at specialty meat markets or purchased online. The grading system incorporates a number of factors, but as a consumer, you only need to know that Prime meat is more generously marbled than other grades. (Fat equals flavor.) Choice is the second best grade, followed by Select. Personally, I prefer grass-fed beef to corn-fed, beef that has been humanely raised and is antibiotic- and hormone-free. One good source is Nebraska Star Beef.

Season the meat: For the best flavor and sear, season the steak on both sides with coarse salt, arrange on a wire rack, and refrigerate (uncovered) for at least an hour or up to a day before grilling. The salt will act like a dry brine, drawing moisture to the surface of the meat. Pat the steak dry before placing it on the hot grill grate. If you don’t have an hour, simply season the steak right before grilling with salt and pepper or your favorite rub. I’m partial to the Malabar Steak Rub, one of six in my new Project Smoke collection of seasonings.

Set up a 2-zone fire: Whether working over gas, charcoal, or wood, set up your grill for indirect grilling—that is, maintain a hot fire on one side and a cooler zone on the opposite side. Most of us learned to first sear a steak, then finish cooking it over lower heat. However, the reverse-sear method is commonly used today: steak is smoked or indirect grilled until its internal temperature is 10 degrees lower than the desired finished temperature, then quickly seared over direct heat to finish. (For more on reverse-searing, click here.)

Is it done? Though I have been known to recommend the Poke Test, a reliable meat thermometer is invaluable when grilling steaks to order. Memorize the temperatures that correspond to rare (120 degrees), medium-rare (130 degrees), medium (140 degrees), and well (150 degrees and up). Re-season before serving: There are a number of ways to gild the lily. One is to finish the steak with a crunchy sea salt like Maldon. Compound butters—one of my favorites is the Blue Cheese Butter—was served with tomahawk steaks on the set of Project Smoke, Season 3. I’m also a big fan of Chef Adam Perry Lang’s board sauces or dressings, which comingle aromatics and herbs with meat juices right on the cutting board. Click here for a recipe. Here are more tips to make you look like a seasoned steak pro: