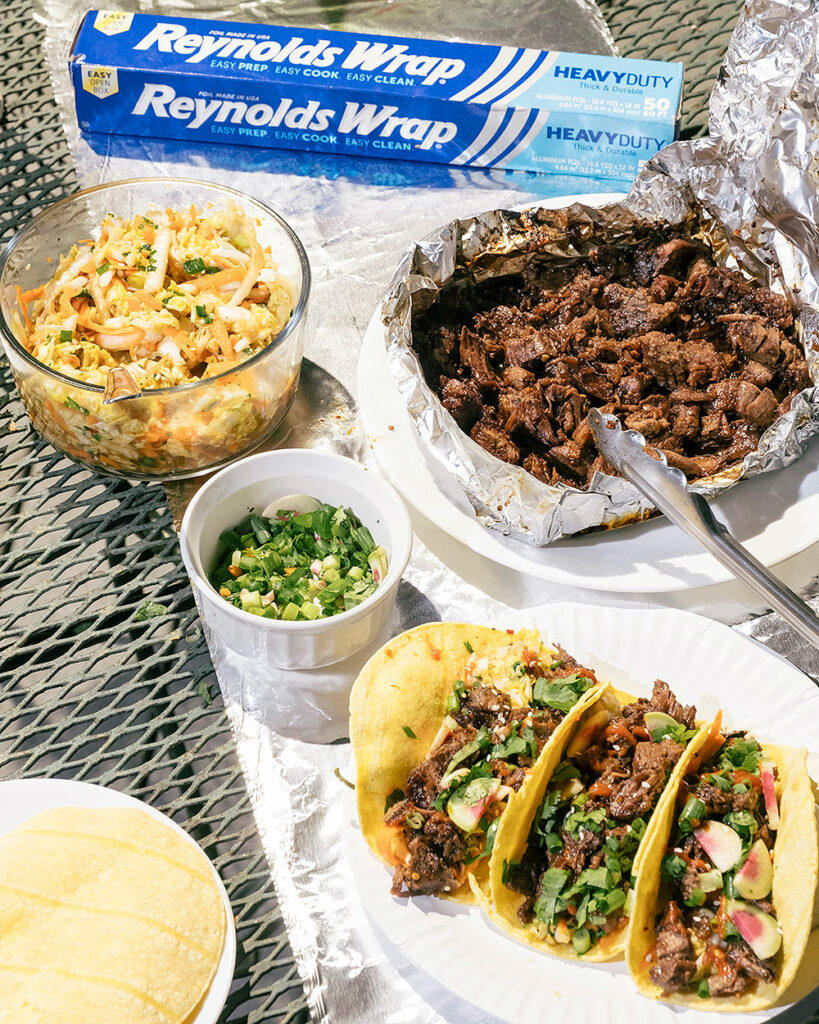 I’m excited to partner with Reynolds Wrap® for this post.

It’s dusk when I reach Abbot Kinney Boulevard in south Venice. (That’s California, not Italy.) But a long line has already formed outside the Kogi BBQ food truck parked in front of a local landmark, a nightclub called The Brig. Around me, people who have already been served are sitting on the low wall that encloses the parking lot, eating from oblong cardboard containers, blissed-out looks on their faces.

Like me, many are here for the now world-famous beef short rib tacos. Thankfully, the line moves fast.

The first Kogi truck—pronounced ko-ghee with a hard “g”—appeared on the streets of L.A. in 2008. Co-founded by celebrity chef and author Roy Choi, Kogi (the word means “meat”) exemplifies a successful mixed marriage of Korean and Mexican food cultures. Four trucks now service the city and nearby Orange County; fans track their movements on social media.

Though I’ve always approached the truck with the intention of ordering something different from the limited menu—maybe a chicken taco or a kimchi quesadilla—I just can’t forsake these meaty, modestly priced short rib tacos ($3 each at this writing). And with this fleet of food trucks now more than 3,000 miles away from my Massachusetts home, I partnered with Reynolds Wrap® to create a reverential recipe that mimics the intriguing flavors of Kogi-style short rib tacos using their Heavy Duty Foil to hold up to the heavy short ribs.

Short ribs are widely available, but phone your local butcher or meat department a couple of days before you need the ribs to make sure they’re in stock. (Oftentimes, they’re available, but frozen.) Look for meaty, well-marbled ribs. If they come with bones attached, you can slice them off before cooking and save them for stock, or remove them when the meat is done. 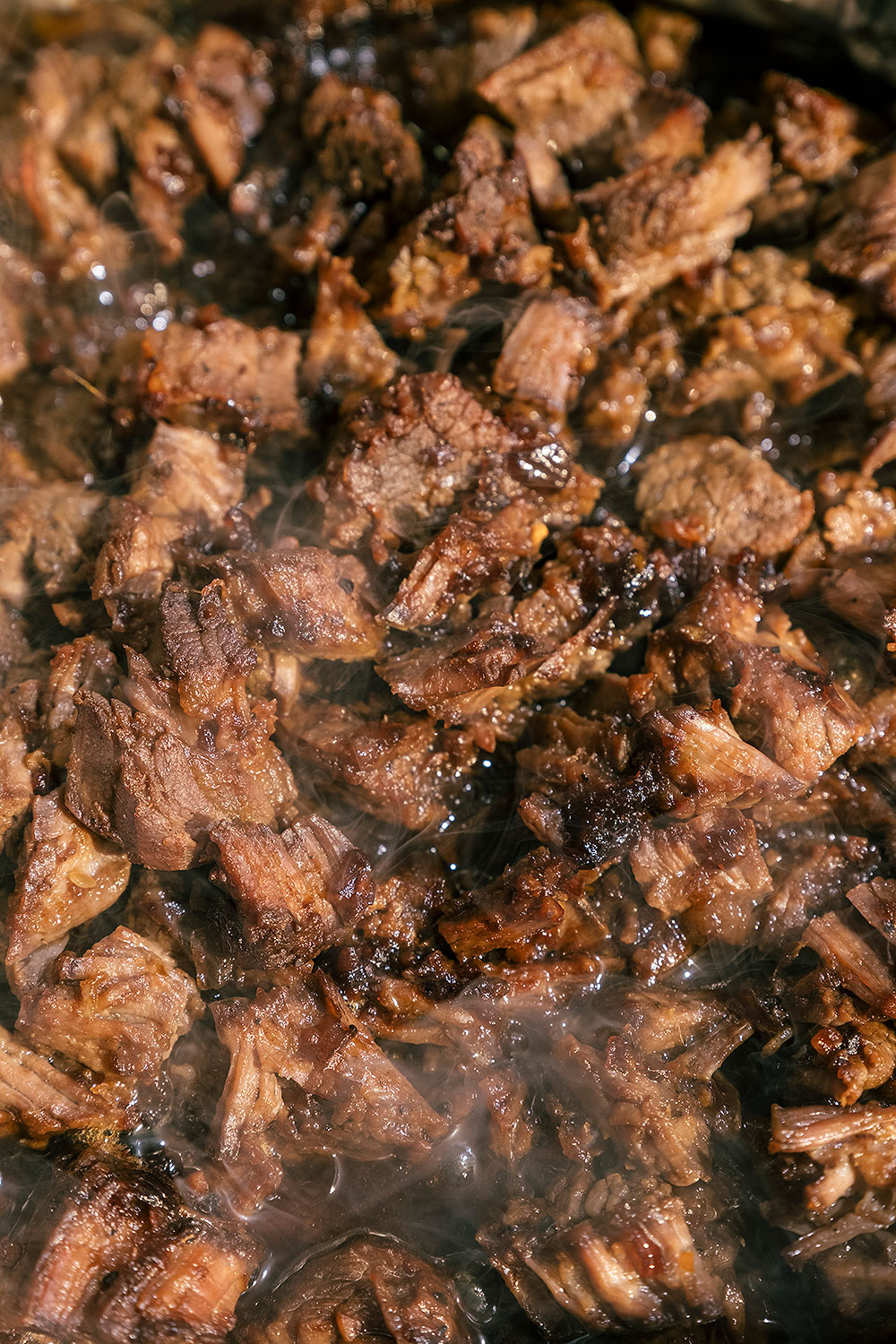 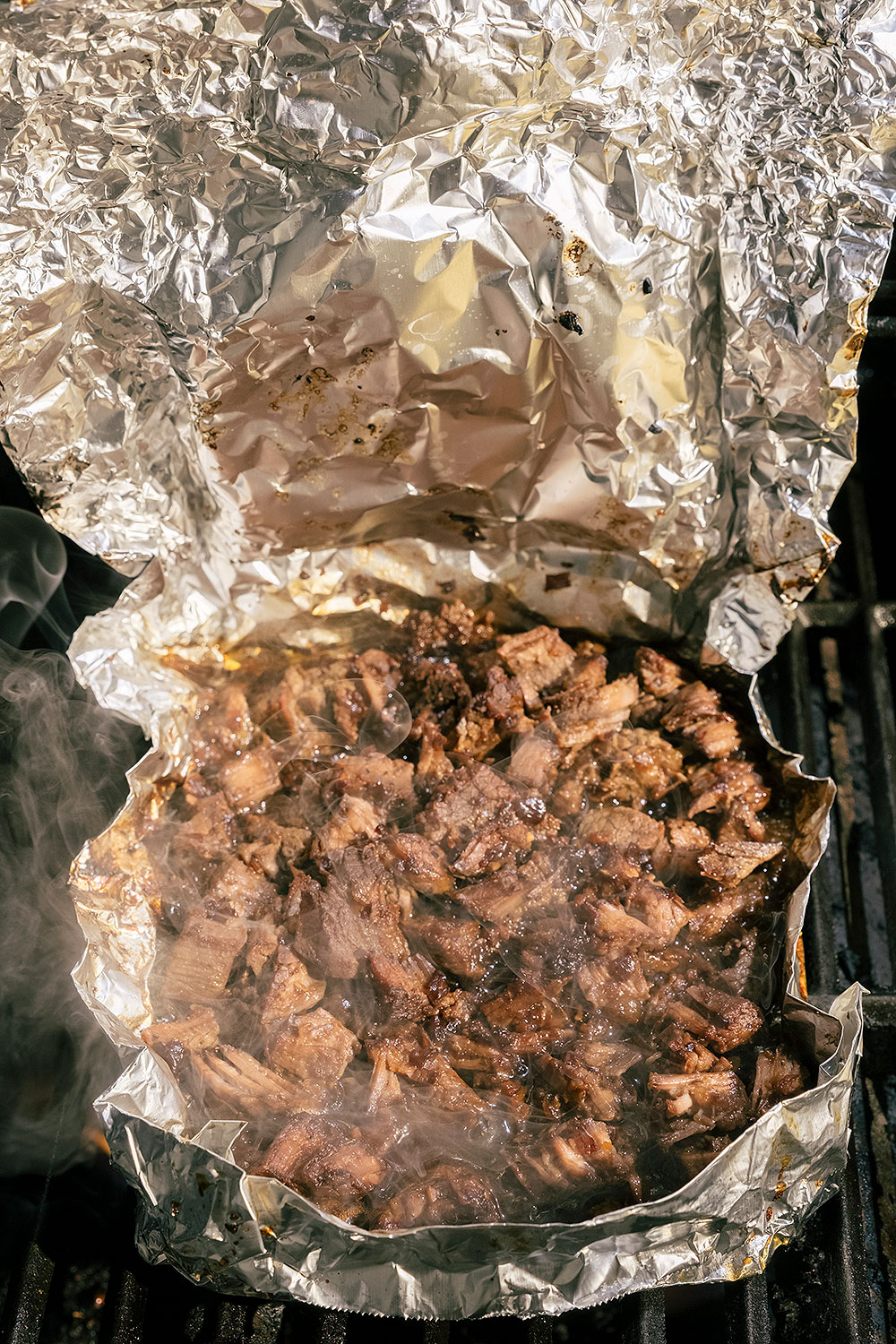 Slow cooking in an enclosed pouch made of Reynolds Wrap® Heavy Duty Foil with a small bit of liquid ensures that the meat will be fall-off-the-bone tender and the foil won’t rip or tear during the cooking process.

Another ingredient you might be unfamiliar with is gochugaru, aka, Korean chili flakes. Gochugaru can be purchased online or in the international section of larger supermarkets. Hot red pepper flakes can be substituted, though they will be somewhat spicier.

For the richest, most authentic flavor, de-fat the braising liquid, then reduce it in a saucepan over high heat. A tangy slaw made of napa cabbage, carrots, scallions, and ginger makes a nice counterpoint to the caramelized meat. Finish the taco with sriracha sauce or your favorite hot sauce.

Thanks to Reynolds Wrap® Heavy Duty Foil, clean-up is a cinch. For years, this product (made in the U.S.) has been a valuable ally grill-side and in the kitchen. Recently, the company introduced new packaging.

You can now identify the foil you want by the color on the box, and a handy tab keeps the box closed for storage. Look for the blue color box for Reynolds Wrap® Heavy Duty Foil. 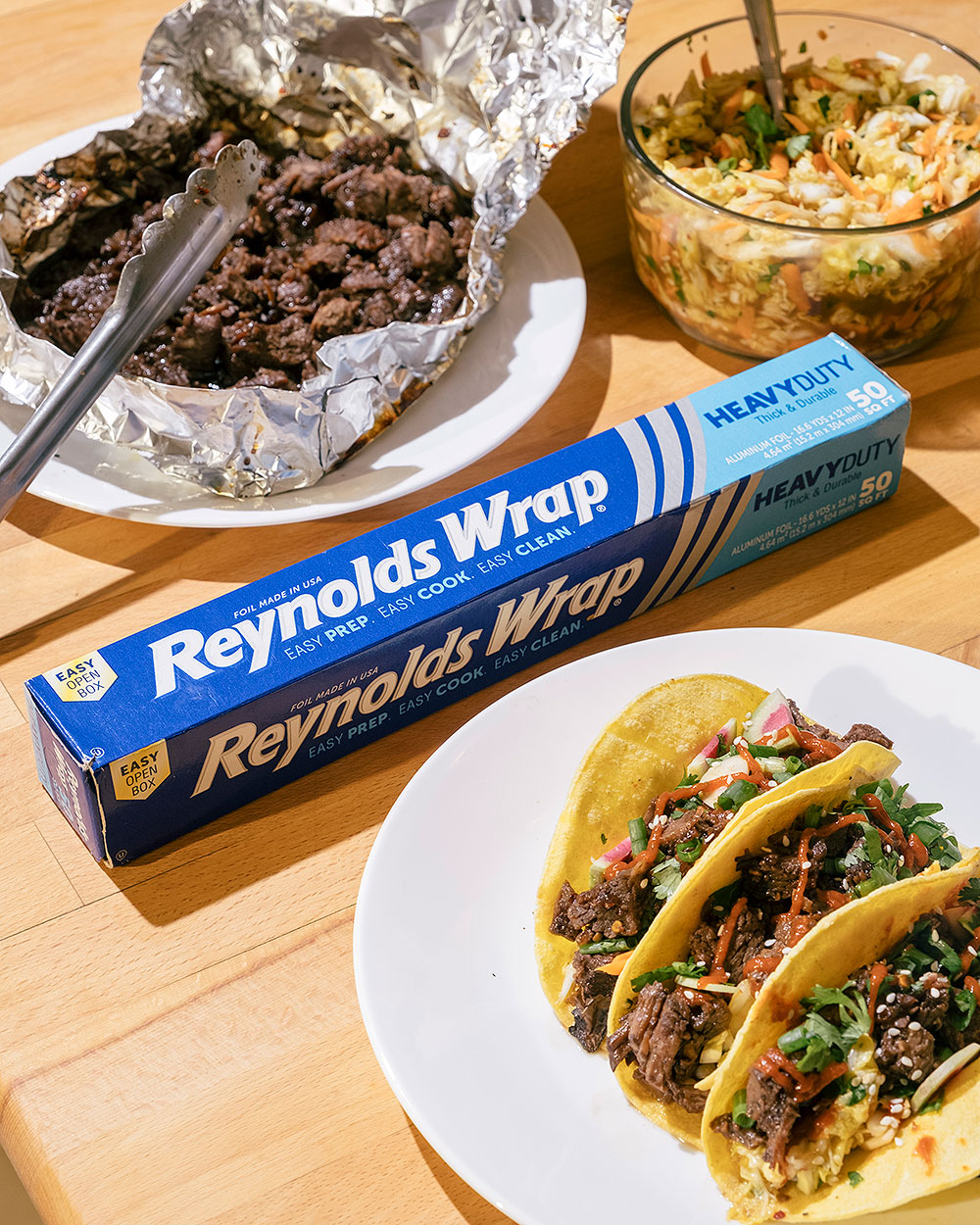