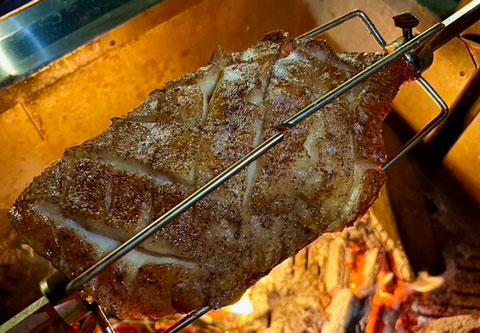 The French call it culotte, which means something like “britches.” Here in America, we know it as fat cap top sirloin. (Other names for this singular cut include rump cover, rump cap, and sirloin cap.)

But the cut reaches its apotheosis in Brazil, where it goes by the name of picanha (pronounced pee-CAHN-ya). Generations of gauchos and grill masters have raised the preparation, grilling, and degustation of this extraordinarily flavorful meat to the level of art.

Picanha, named after a pole used by Spanish and Portuguese farmers to herd cattle, comes from top of the rump—a triangular steak-like roast with a big beefy flavor that’s inversely proportional to its affordable price tag. What makes it so extraordinary is the thick cap of fat butchers leave on the top of the roast. Said fat melts and crisps during the cooking, basting the rich lean meat with fatty goodness. Picanha (NAMP number 1184D) can be difficult to find. Which was why I was amenable to trying a sample from Holy Grail, an artisanal company that sources upper Prime meats –meats that are typically available only to restaurants.

Brazilians have devised an ingenious way to cut and grill picanha. They slice it crosswise (with the grain) into 2-inch strips, which they curl into C-shapes and thread onto rotisserie spits. The seasonings are kept simple: salt and only salt prior to cooking; farofa (toasted cassava flour) and molho de companha (fiery country salsa) by way of optional accompaniments. 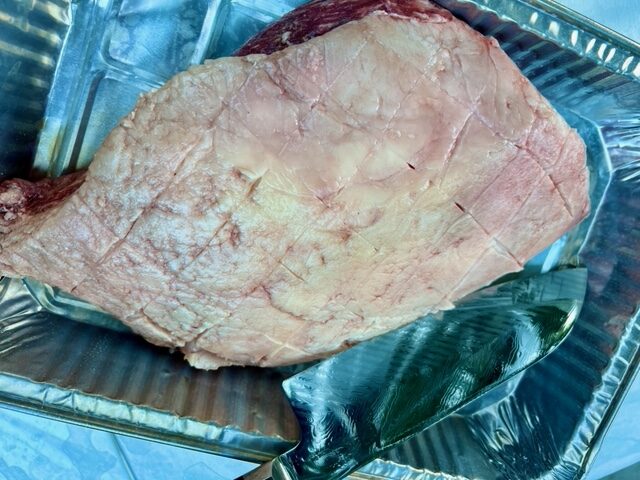 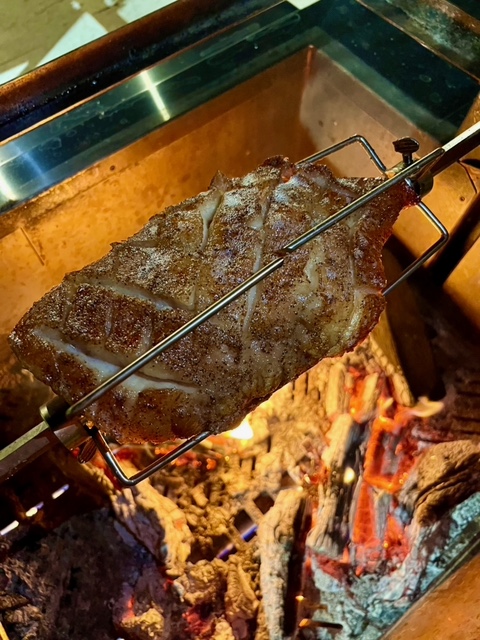 The skewers spin over a hot charcoal fire, the fat from the top skewer dripping onto the picanha below it. Once browned on the outside, the meat is paraded through the dining room on a spit to be carved directly onto patrons’ plates. The uncooked meat in the center is returned to the rotisserie for more grilling. The beauty of this system? Everyone gets an end cut.

When I cook picanha, I like to roast it on the rotisserie, but instead of slicing it into strips, I grill it whole. This is quicker and easier than the Brazilian method and it keeps the meat nice and juicy.

I also like to “hedgehog” the fat cap—score the surface in a deep crosshatch pattern. This helps render some of the fat and crisp what remains.

For seasoning (and for extra flavor), I use a brisket rub in the style of Texas Hill Country brisket: equal parts sea salt and coarsely ground black pepper, with garlic and onion powder for pungency and oregano and hot pepper flakes for oomph.

Meat prices are rising this holiday season—along with everything else. Want to serve an impressive, richly flavorful roast—without busting your budget? Picanha is your ticket.

Picanha Spice-Rubbed and Spit-Roasted on a Wood Fire Rotisserie 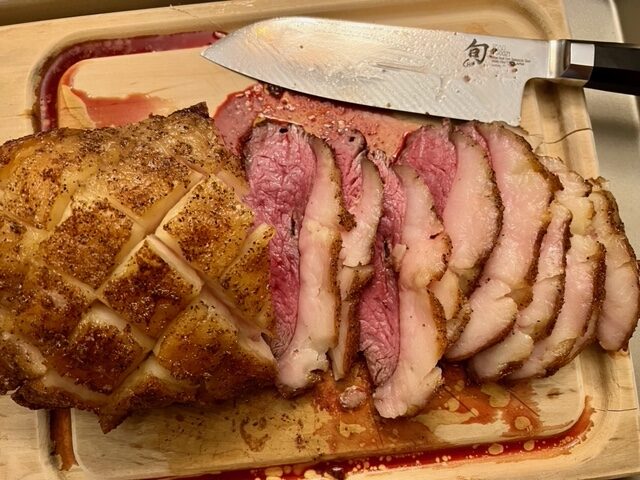