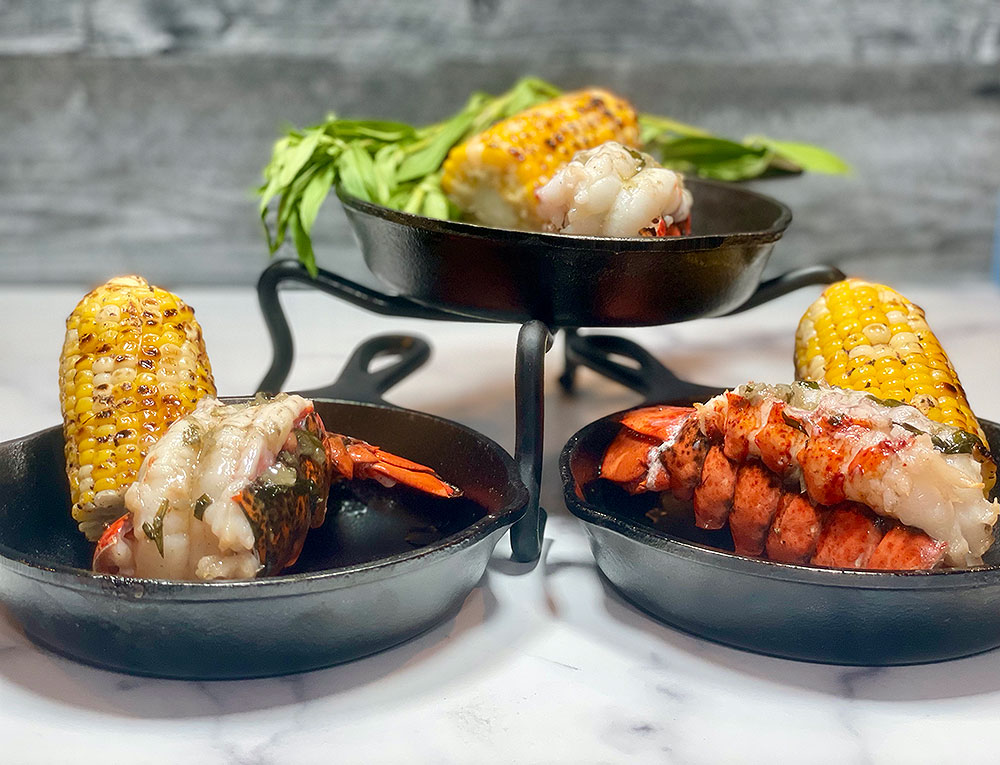 A few weeks ago, I introduced you to the Karu 16 Multi-Fuel Pizza Oven from Ooni in my blog, “It’s Amore! Make Great Homemade Pizza Pies In Your Own Back Yard.” I have made a variety of delicious pizzas with the oven. It has been fun coming up with new ways to top my pizzas.

But, did you know that the Karu 16 Multi-Fuel Pizza Oven can be used for more than making pizzas? The oven can be used to cook steak, vegetables, fish, wings, and more. The high heat of the oven is perfect for searing a steak, roasting veggies, and even cooking fish.

The oven can be fueled with propane, wood, or charcoal. I used the propane attachment when I made my first few pizzas and the tasty appetizer below since I was getting familiar with controlling the temperature of the oven.

As I mentioned in my last blog, Ooni has a library of recipes on their website; that is where I found their Teriyaki Salmon Filets recipe. Instead of making it a main dish, I thought teriyaki salmon bites would make a great appetizer. 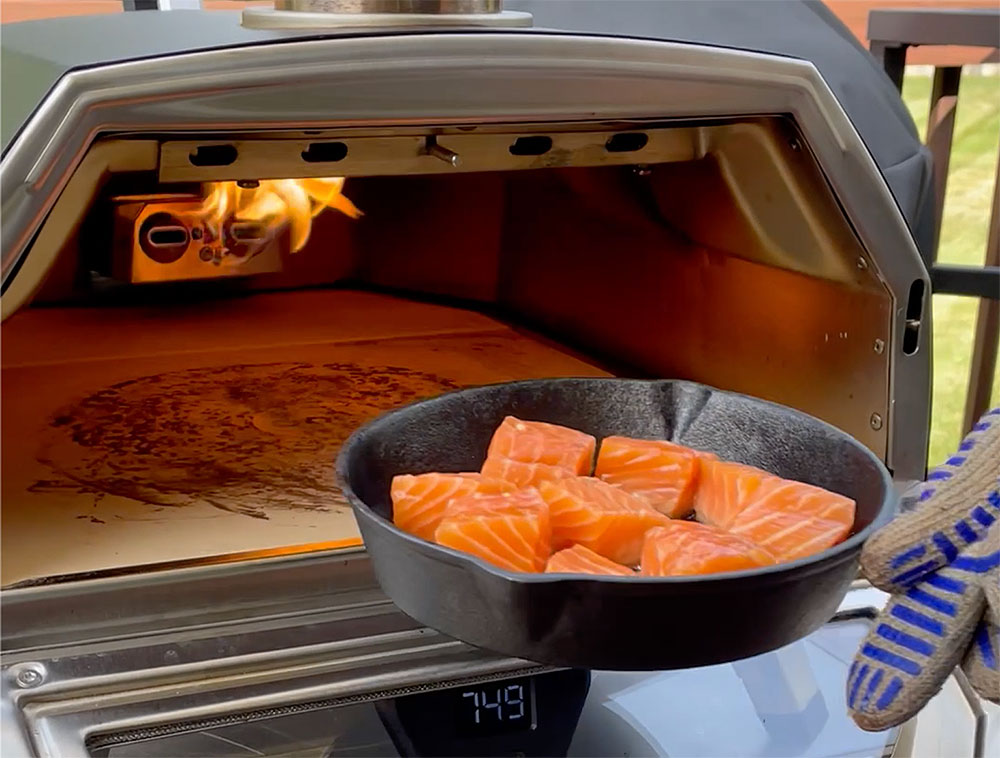 The marinated salmon started to sizzle as soon as it hit the hot cast-iron pan. The salmon bites cooked for five minutes and were already starting to brown. Next, I basted the bites with more of the marinade and put the pan back in the oven for an additional five minutes to finish cooking. To finish the salmon bites, I garnished them with thinly-sliced scallions and sesame seeds. 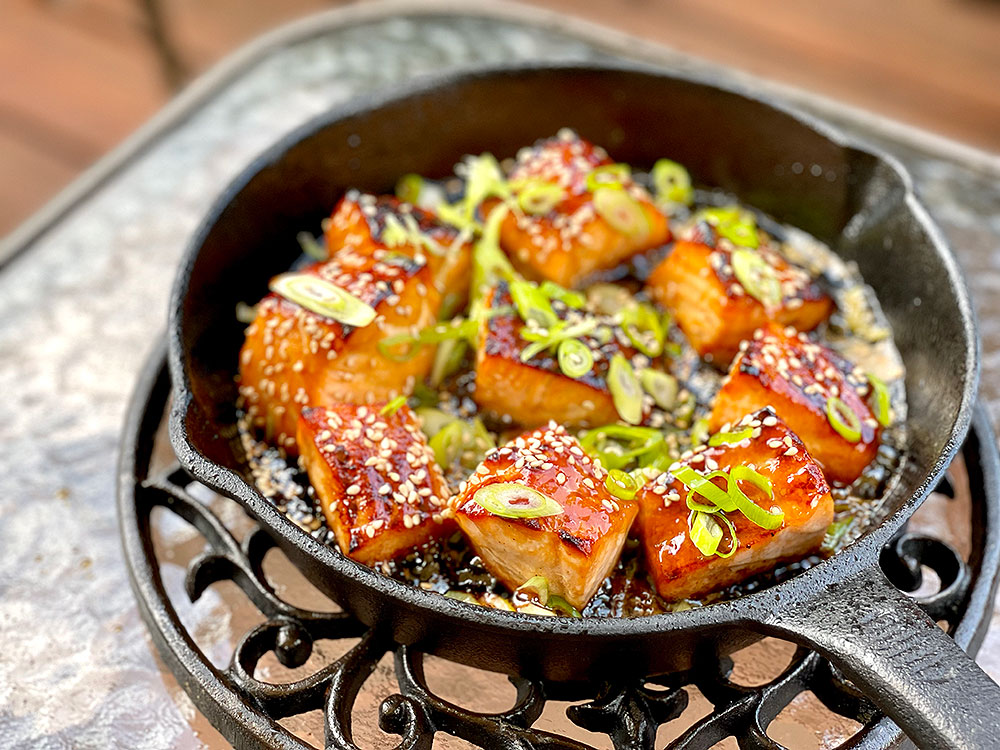 The salmon bites looked awesome when they finished cooking. The marinade had caramelized on the salmon; they looked like salmon burnt ends. The salmon was tender and light on the inside. The exterior of the salmon was sweet, salty, and sticky, and the scallions and sesame seeds added freshness and texture to each delicious bite.

After you have enjoyed your salmon bite appetizer, just turn up the heat and you are ready to cook a pizza!

To make this appetizer even better next time, I would fuel the oven with wood to add a nice smoky aroma to the salmon bites. I hope this inspires you to try something other than pizza in your Ooni oven. On the fence about getting an Ooni? Maybe these salmon bites will encourage you to get your own Ooni pizza oven.

If you still aren’t convinced, check out these lobster tails I fired off in the Ooni pizza oven. Seafood in New England is great year-round and is popular on grills all summer. So why not cook seafood in the wood-fired pizza oven? For the lobsters, I used charcoal to start a fire in the oven and then added wood chunks to keep the oven hot while cooking. 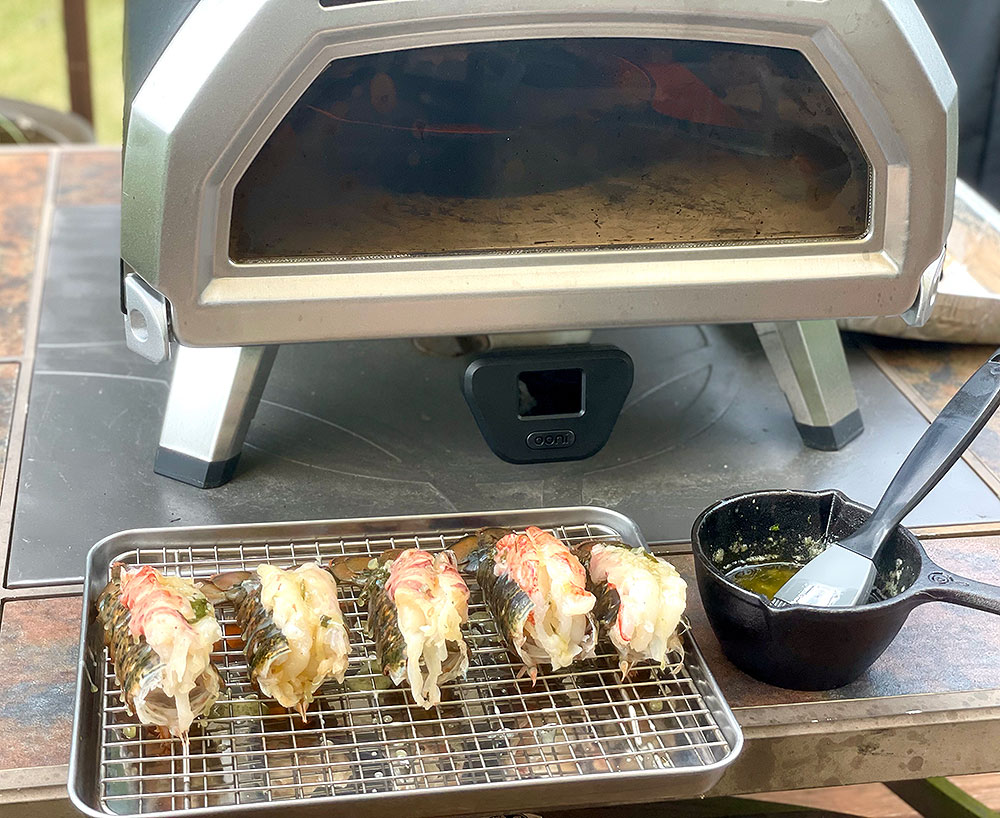 While the oven heated up, I prepared the lobster tails. I cut down the back to the lobster tail and lifted the meat out and rested it on the shell. Next, I melted 1/2 stick of butter with fresh tarragon, lemon zest and shallot to create a basting mixture. 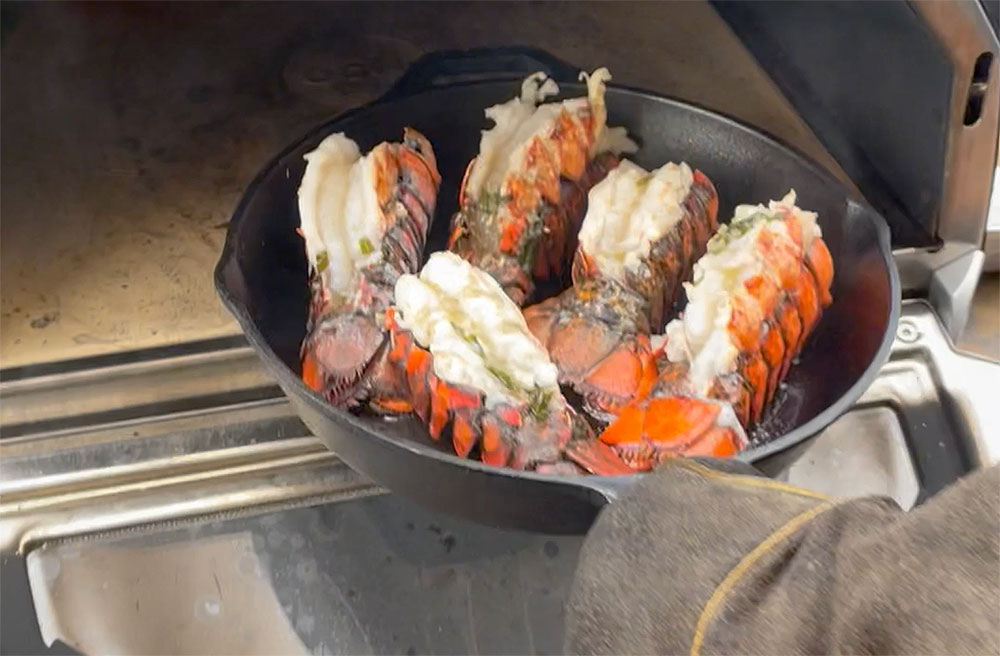 The Ooni pizza oven is not just for pizza! 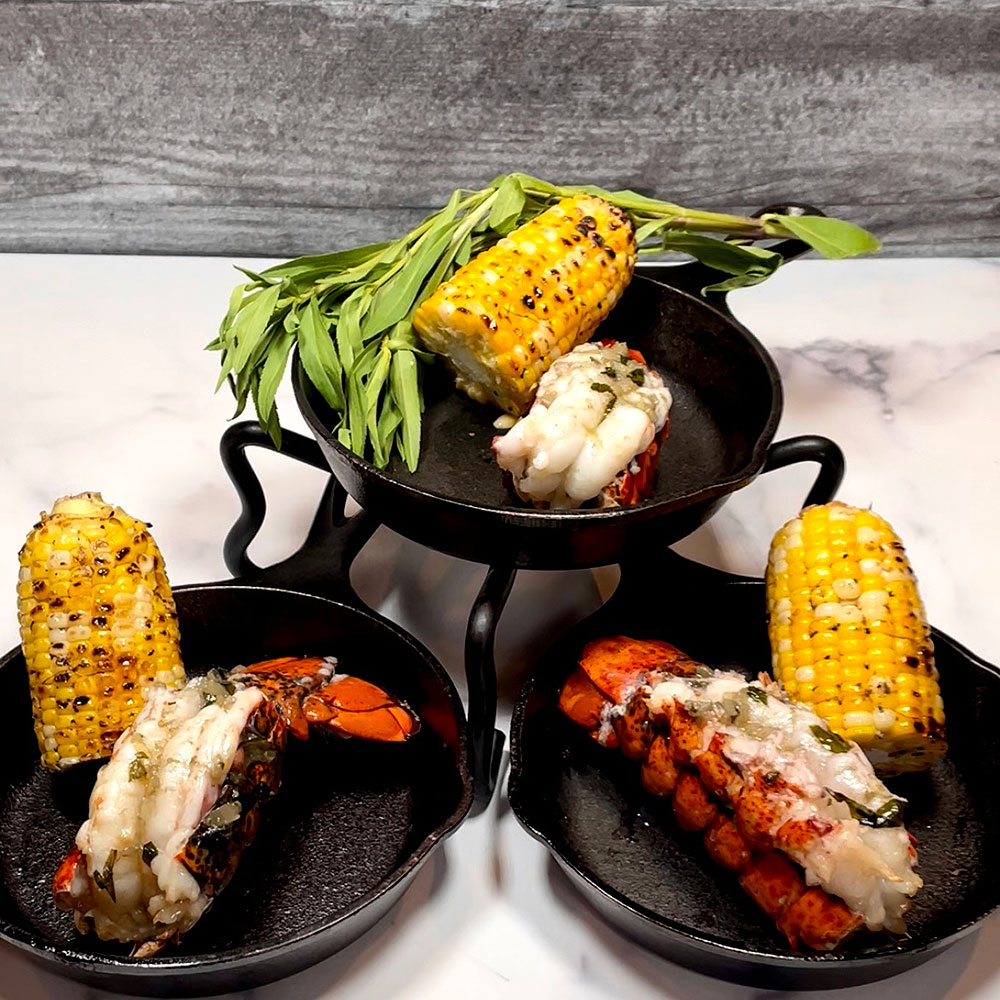