The Science of Brining 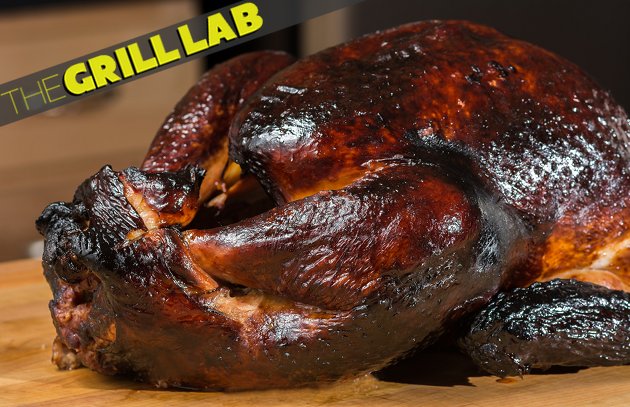 Believe it or not, brining is a hotly debated topic. (Does the barbecue world ever agree on anything?) Some people swear by it, while others scoff at the effort and time it can take (as little as 15 minutes or as long as several weeks).

But nobody can dispute this: Brining makes meat juicier. Why? It’s in the science.

Lean meats, like chicken breasts, pork chops, shrimp, or fish fillets, trip up many grillers. Turn your back for a few seconds or get caught up in something else, and your once-glorious piece of meat becomes a dry, tough wreck of a dinner. To keep lean meats moist when exposed to the high dry heat of the fire, many people and grill cultures choose to brine it first, which means soaking it in salt water—before grilling.

So, how does brining work?

Muscles consist of long, bundled fibers. Think of them like telephone lines—with many wires housed in one protective tube. When you put your lean cut on the grill, the heat causes the fibers to contract, wringing out the precious moisture. And despite being done at a lower temperature, smoking also causes some water loss. If you are heating your meat beyond 150°F, water will inevitably be pushed out of the meat.

Even though the goal of brining is to get more water into the meat, it’s actually the salt that does most of the work. If you’ve ever cured a piece of meat, you know the positive impact that salt can have on protein in terms of both flavor and texture. The salt relaxes the bundled muscle fibers, creating gaps where water can flow in. It also causes the protein to contract less during cooking, so you lose less moisture. (Thanks, salt).

Many food experts have cited osmosis as the real science behind brining. However, there is a lot of controversy about what role it plays in the process (yes, more debating). If we look at the science of osmosis—the movement of water from an area of low solute concentration to an area of high solute concentration—then, in this case, the water should move in the opposite direction: from the meat to the brine. In osmosis, water is flowing in one direction to try to dilute the saltier solution, until both sides have an equal concentration of salt. So, according to osmosis, soaking meat in pure water would be more beneficial than soaking it in salt water—but we know this isn’t the case.

One expert on the subject, J. Kenji Lopez-Alt of The Food Lab, tested the osmosis theory and found that a brine with a 35% salt concentration worked just as well as one with a 6% concentration—which, essentially, debunks the osmosis theory. According to osmosis, it would be harder to get water into the meat in a stronger brining solution, because water is trying to flow the opposite way.

If you want to make your own brine, there’s more to it than dumping salt in a bowl of water. If you’ve ever tried to dissolve salt in cold water, for example, you know how much whisking is required to incorporate the salt crystals. Instead, we like to dissolve the salt in 1/4 part hot water, adding 3/4 parts cold water once the salt is dissolved to cool the brine to room temperature. Never add food to a warm brine.

What are your thoughts, comments, or questions about brining? Do you have your own brining tips? Let us know on the Barbecue Board!

Use these recipes and tools to make the best brined meats: