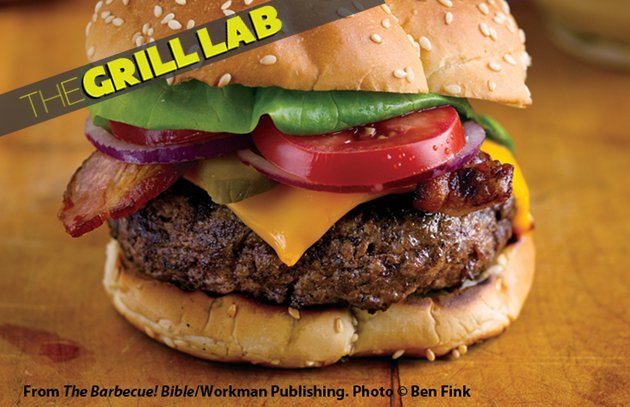 Welcome to the second installment of The Grill Lab, where we explore the science behind skillful grilling and barbecuing. The topic today: umami.

Umami (pronounced “oo-mah-me”) has been grabbing a lot of attention in the food world recently (consider the national expansion of the Los Angeles-based Umami Burger chain and the recent launch of Umami Barbecue). Closer to home, a growing number of grill and pit masters are talking umami in the context of barbecue and using the concept to score big at competitions.

So what exactly is umami?

The human tongue can detect five different tastes: sweet, sour, bitter, salty, and umami. Most of us Westerners have grown up understanding the first four of these tastes. Umami embraces a cluster of rich, meaty, earthy, savory flavors associated with foods as diverse as meat, anchovies, soy sauce, seaweed, and cheese. For this reason it’s often referred to as the “fifth taste.”

The Taste Zones of the Tongue Although umami is often described as a “meaty” flavor, you can achieve it without meat. Caramelized onions, shallots, and garlic are loaded with umami flavors. So are grilled mushrooms, roasted tomatoes, and Parmesan cheese. This makes umami highly useful to the vegetarian grillers, and to carnivores who want to feed non meat-eaters at their cookouts.

Despite the current buzz over umami, the concept is actually quite ancient. This taste was showing up in ancient Roman cookbooks in the form of fermented fish sauces that were often prized more than wine or olive oil. Umami finally acquired its name in 1908 when a Japanese chemist, Dr. Kikunae Ikeda, set out to explain the savory taste he experienced in a popular Japanese broth called dashi. (You’ve probably had it even if you’ve never heard of it—dashi is the base for miso soup.)

What Dr. Ikeda found is that one of the main ingredients in the stock, known as kombu (kelp), is rich in an amino acid found in many foods, called glutamate. (Ever hear of MSG? The longer name is monosodium glutamate, and, yes, it’s used to increase umami.) As the name for this new taste, Dr. Ikeda decided to use a long-standing Japanese term that described food that was especially pleasing—“umami.”

In the wake of Dr. Ikeda’s research, other umami-inducing substances have been identified, including certain nucleotides (the building blocks of DNA). This is where something called “umami synergy” comes into play. When foods rich in glutamate are combined with ingredients that contain these special nucleotides, the umami intensity is higher than the sum of both ingredients—something of a super umami.

So how can you maximize the fifth taste the next time you fire up your grill? Try these ingredients to up the umami factor:

How do you unleash the power of umami to up your game at the grill? Tell us about your favorite umami-rich recipes on the Barbecue Board!

Try these cool tools and grilling gadgets to help you perfect your favorite umami-packed recipes: