The Best Cheeses for Grilling 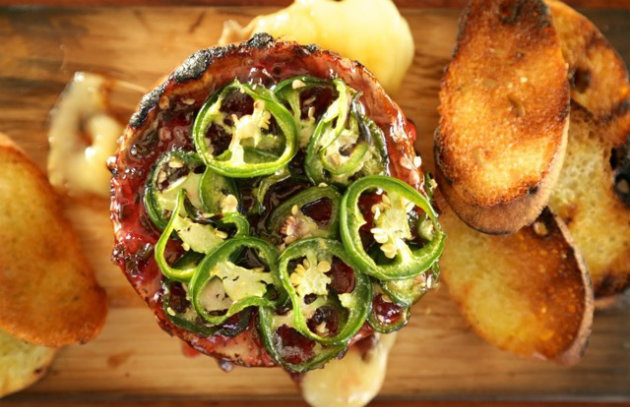 What our elected representatives probably had in mind was the classic white bread-processed orange American cheese sandwich crisped on a griddle or in a skillet. You can do better. Build the sandwich with focaccia and smoked mozzarella, for example, adding fresh basil leaves or pesto and fresh tomato slices. Or make a Wisconsin grilled cheese sandwich, using cheddar, sliced grilled bratwurst, sauerkraut, and mustard on a semmel roll.

Light your grill (work over a moderate fire) and lay the sandwich directly on the grate. (Don’t forget to butter or olive oil the outside first.) Alternatively, heat a plancha on the grill (preferably over a wood fire) and sear the sandwich as you would in a skillet.

Or go low-carb and forget the bread. Several cheeses are designed to be seared directly on the grill grate. Look for them at cheese shops, Greek grocery stores, and higher-end supermarkets.

How will YOU grill cheese during National Grilled Cheese Month? Please post photos and recipes on the Barbecue Board.