Evolution of a Filipino Barbecue Cookbook 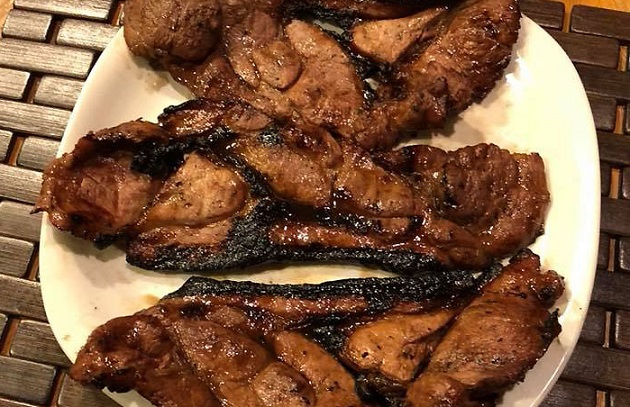 I first learned about Steven Raichlen when I came across one of his works in a local bookstore while on break from the office. He featured recipes from what was seemingly every country in the world, except my native Philippines. I was intrigued by his research, but I decided to e-mail him to ask why he didn’t have any recipes from back home. To my surprise, he responded personally…and showed me that he actually did (Raichlen’s Indoor! Grilling, Workman, 2004).

We struck an online friendship, and I began emailing him copies of the native recipes that I knew. When he told me he was going to tour Asia to do research for Planet Barbecue, I offered to tour him around Manila by way of my niece’s husband, Chef Mike Profeta. When the book was published, it was truly an honor to be mentioned in the credits.

To this day, I stay in touch with him, updating him on any new info regarding Filipino barbecue.

But it was his approach to barbecue, doing a worldwide crawl to discover and expose all countries’ grilling and smoking traditions, that made me curious about my own heritage. Growing up in the Philippines, my father Pepe would always grill for the family on special occasions, a tradition he continued after we immigrated to America. In the years that followed, whenever I vacationed back home, I became obsessed with this one specific taste of grilled pork that I couldn’t find anywhere here in America. That longing, coupled with a journalism background and Steven’s easy-to-read narrative, led me to research my native Philippines’ grilling culture.

Ten years’ worth of trips, notes, and taste-testing later, I self-published Filipino Barbecue through Amazon, a homage to all the grill masters back home, those men and women who brave the heat and smoke every day to feed their families. More importantly, it’s also for my dad, who passed on his grilling skills to me when he got too old to cook. Since he left us, I’ve learned to truly value the dishes my parents cooked for us siblings over the years.

We may never be able to cook as well as our parents, nor recapture the wondrous flavors they created in our childhood. But maybe we were never meant to at all. Maybe it’s in our effort to harness their magic that we create our own, passing recipes in turn to our children.

This recipe for Basic Filipino Pork Steak Barbecue is one my Dad passed on to me. It’s simple, straightforward, and oh-so-delicious. This type of Pinoy ’que came well before those popular BBQ pork sticks that are now served at all Filipino markets, often slathered with banana ketchup. I’ve also included our native dipping sauce of sour/salty vinegar, also used when eating seafood dishes and egg rolls.

These two, along with a multitude of new grilling recipes, can be found in my new book, Filipino Barbecue, available through Amazon as both a Kindle and in softbound form.