Barbecue: The Most Truly American Food 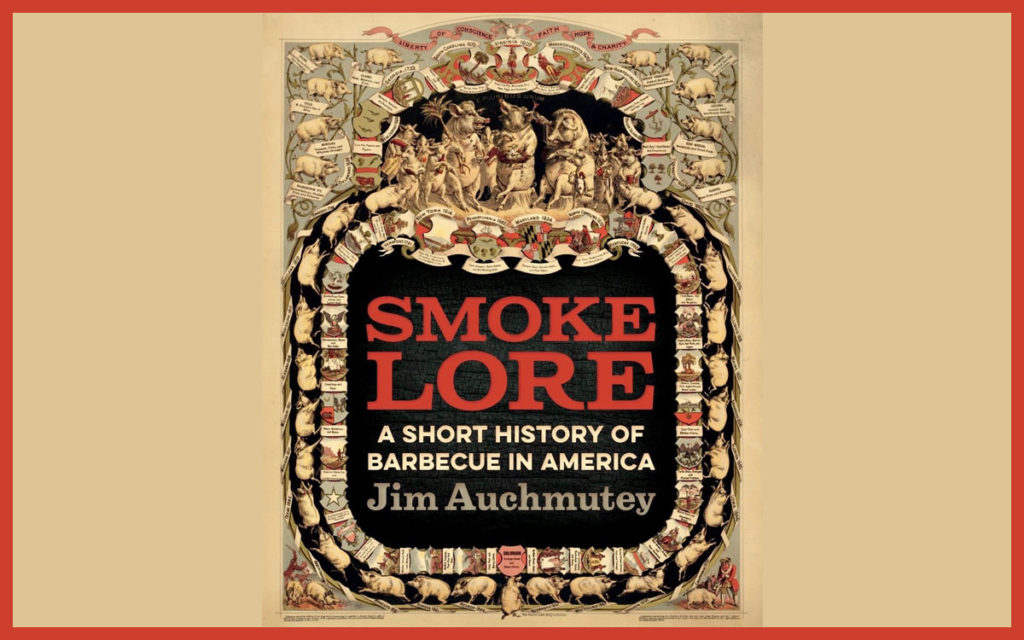 Barbecue, not apple pie, is the most truly American food.

In my new book, Smokelore: A Short History of Barbecue in America (University of Georgia Press), I tell the story of the food that embodies the United States better than any other.

While barbecue is a universal and timeless cooking technique that appears in many guises around the globe, we have made something uniquely American of it. Barbecue goes back to the earliest encounters between European explorers and indigenous populations in the New World. It involves almost every aspect of our history, from the colonial era to slavery to the settling of the West to the coming of immigrants to the Great Migration to the spread of the automobile and the more recent rediscovery of craft and tradition. It has roots on five continents and shows evidence of almost every ethnic thread that makes up our nation.

What else would you do on the Fourth of July but have a barbecue? It’s what they did at the dawn of the republic.

In 1793, when President George Washington officiated at the cornerstone-laying ceremony for the U.S. Capitol building, they celebrated with barbecued ox. Even then, barbecue was thoroughly American.

Four decades before that momentous day, there was already a Barbecue Church in North Carolina. Seriously. Settlers near Sanford established the Barbecue Presbyterian Church in 1757, not because they were pork worshipers, but because the mists rising off the swamp reminded them of barbecue smoke. In other words, barbecue was a metaphor before the U.S, was even founded.

Smokelore isn’t a cookbook or a travelog or an academic monograph, although it has elements of those. It’s a lavishly illustrated popular history, with 50,000 words of text, 26 recipes and 208 pieces of artwork, many of them vintage photos and amusingly retro magazine ads. It’s solid history, but it’s meant to be, above all, entertaining.

The book began as the companion volume to “Barbecue Nation,” an exhibition about the history and culture of barbecue on view at the Atlanta History Center museum through Sept. 29. I was a consulting curator for that show and was asked to author the book because I had written about barbecue and many other foods as a reporter at The Atlanta Journal-Constitution for almost 30 years. I was a co-founder of the Southern Foodways Alliance at the University of Mississippi and had won a James Beard Foundation award for my food writing.

But my resume isn’t why I took on this project. Barbecue is in my DNA. My great-grandfather and grandfather on my father’s side were noted pit masters in the Etowah River Valley of northwestern Georgia, my grandfather once having been written up in a 1954 article about Southern barbecue in the Saturday Evening Post magazine. My father and uncle specialized in Brunswick stew and taught me that mysterious art. Meanwhile, my mother’s family ran a slaughterhouse in middle Georgia making country sausage and staged the occasional pig-pickin’.

So barbecue is personal for me. It has been for many Americans, from George Washington on down. That, I think, is the point. This is our national food, and it deserves to be studied and celebrated as such.

1897: A patent for charcoal briquettes is awarded to Ellsworth B.A. Zwoyer of Pennsylvania. Primarily used as a heating fuel, charcoal doesn’t become a barbecue staple until Henry Ford markets the brand that becomes Kingsford.

1938: Sunset magazine publishes the first real barbecue cookbook. The California publication was instrumental in promoting backyard cooking, which started, not in Texas or the South, but on the West Coast.

1978: Memphis in May, one of the first and largest barbecue contests, starts on the banks of the Mississippi River. The competition circuit quickly multiplies, helping to drive a renewed interest in barbecue craft.