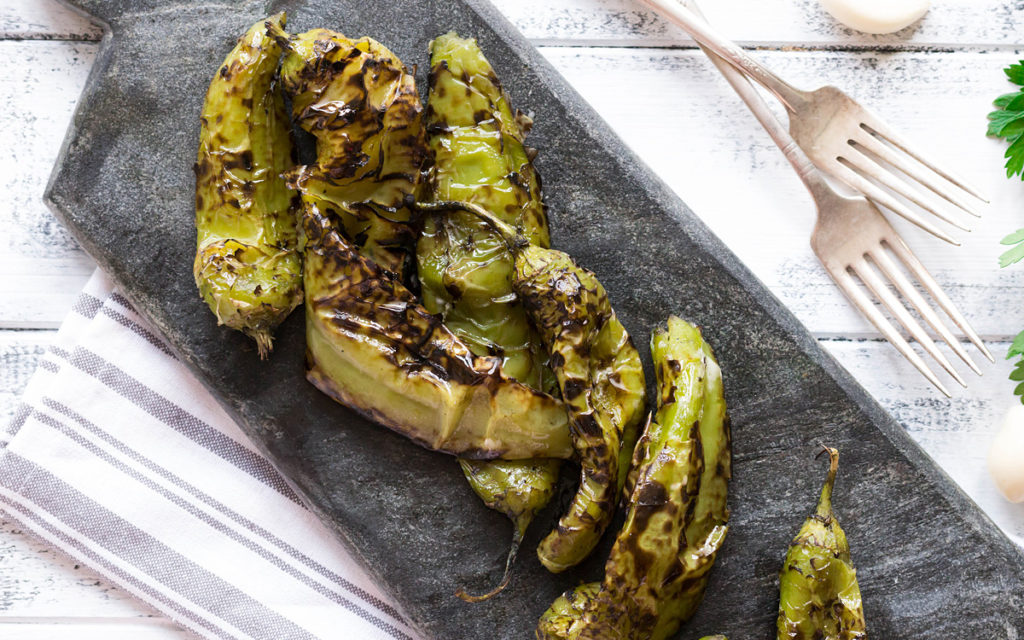 On Saturday and Sunday, August 31 and September 1 — Labor Day weekend — 30,000 heat seekers will converge on tiny Hatch, New Mexico, for the 48th annual Hatch Chile Festival. The town of Hatch, population 1680, is the self-proclaimed “Chile Capital of the World” — and who are we to argue?

A few years ago, I visited New Mexico during chile season, which lasts only a few weeks during August and September. As I noted in BBQ USA, “Every barbecue region in America has its own distinctive aroma. The quintessential smell of New Mexico is the spicy scent of green chiles roasting … it’s a fragrance you’ll never forget.”

Where to Find Roasted Hatch Chiles

So where do you find fresh fire-roasted chiles? Farmers’ markets. Gas station and supermarket parking lots. Pop-up chile vendors seem to turn up just about everywhere. Equipped with large roasters — rotating steel mesh drums usually cranked by hand — the vendors might sell as much as 100 pounds of chiles to a single family. The firepower comes from jet-engine strength propane burners that can blister up to 20 pounds of chiles in minutes. Although the chiles were originally roasted over charcoal — the fuel traditionalists and I prefer. Flame-charring imparts a haunting smoke flavor you just can’t achieve with sautéing or baking. (Read more about roasting—and a cool gadget!—below.)

Customers then lug the roasted chiles to their cars in net or burlap bags for what I can only imagine is an eye-stinging, nose-watering trip home.

One of the most evangelistic promoters of the Hatch chile phenomenon is our friend Robert Schueller, Director of Public Relations for specialty produce distributor Melissa’s/World Variety Produce, Inc. The company just published a new book, Melissa’s Hatch Chile Cookbook, by Melissa’s co-founder, Sharon Hernandez, featuring more than 150 tongue-blistering recipes. To promote it, Melissa’s is dispatching authentic chile roasters to select grocery stores across the country during Hatch chile season. Perfect if you can’t make it to New Mexico this year for the festivities. Melissa’s online store sells both fresh and dried Hatch chiles as well as an amazing pure Hatch chile powder. Also, here is the chile roasting schedule on Melissa’s website. 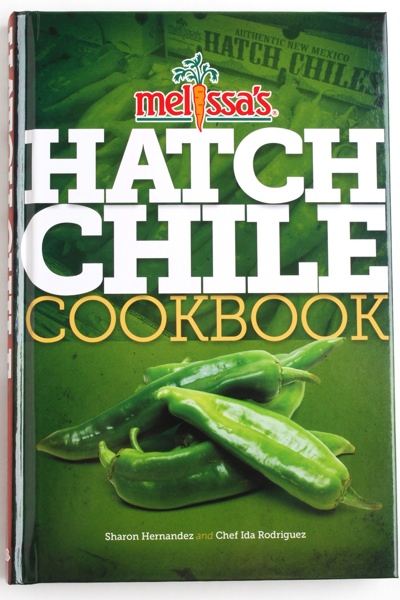 You may be surprised to learn that chiles are not — despite their widespread local use — native to the American Southwest. Botanists believe chiles originated in South America, and were spread to the Caribbean by birds. Mariners like Christopher Columbus helped chile peppers circumnavigate the globe.

Years of research at the University of New Mexico by one Dr. Fabian Garcia during the early years of the 20th century led to the development of a blight-resistant strain that thrived in the fertile Hatch Valley. Sunny days — and New Mexico has 350 of them a year, on average—tempered by cool nights turned out to be the secret behind one of the world’s most electrifying chiles.

Today, the smooth, thick-walled Hatch chile is prized by culinary hotheads for its earthy-herbaceous flavor, versatility, and consistent, decisive heat. Note: Hatch chiles range from mild to hot (but rarely unbearably incendiary) depending on the seed variety grown, and are usually labeled for the consumer as such. The whole chile holds up well to stuffing and baking. When roasted and peeled, the flesh is lush and aromatic. The Hatch can also be frozen for up to a year without sacrificing flavor or structural integrity, which is certainly not true for most chiles.

How to Roast Hatch Chiles at Home

Below are several options for roasting your New Mexican chiles at home.

Please note: High heat is essential for roasting chiles. You want to quickly blister the skin, even blackening it in spots, but you don’t want to cook the chile flesh itself.

If you are freezing the chiles for future use, you can peel them now or later. Good news for procrastinators: Melissa’s Robert Schueller says the chiles are easier to peel after freezing. Lay the roasted chiles flat in sturdy resealable plastic bags and stack in the freezer. You can also pre-chop chiles and freeze them in lidded plastic containers. (Fill the containers to the top so the chiles don’t develop freezer burn.)

So, let’s say you’ve scored some Hatch chiles. What to do with them? Here are some of my staff’s favorite uses:

For an alternative, check out Melissa’s Hatch chile powder in our store.