The 5 Methods of Live-Fire Cooking 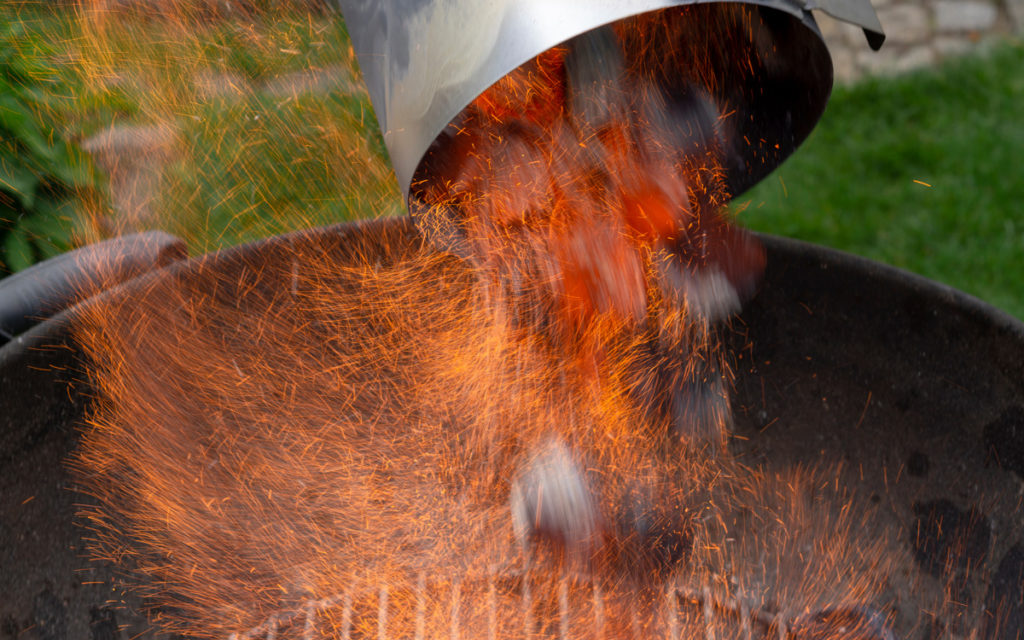 Grilling is simple, right? You cook the food directly over the fire. Well, that’s one method—by far the most popular. Actually, there are five major methods of live-fire cooking, plus other specialized methods. Each is well suited to particular foods and delivers different textures, flavors, and tastes. Master them and you can grill anything. Really.

The 5 Methods of Live-Fire Cooking

This is the simplest, most straightforward, and widely practiced method of grilling, and it’s what most people on Planet Barbecue use when they fire up the grill. In a nutshell, you cook small, tender, quick-cooking foods directly over a hot fire. 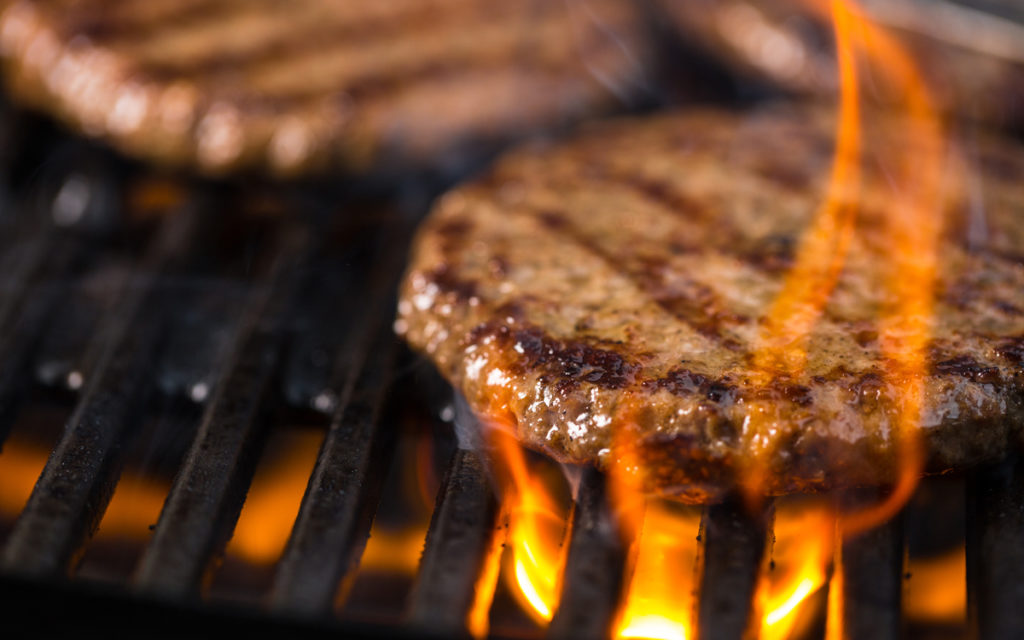 Setup: Position the food on the grill grate or on skewers or in a grill basket directly over a hot fire.

Temperature: Most direct grilling is done over high or medium-high heat. Larger or fattier pieces of meat (chicken legs, for example) might be direct grilled over a medium re. As a general rule, the smaller or thinner the meat, the hotter the fire.

Grilling time: Brief. Generally 3 to 6 minutes per side, depending on the cut of meat. 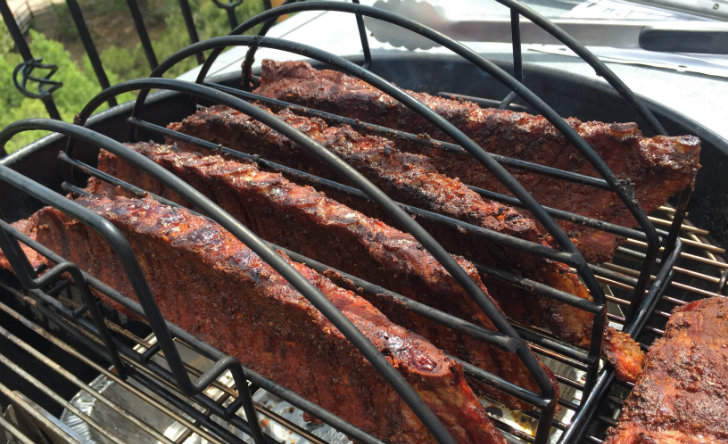 Grilling time: Longer than direct grilling. Thirty to 45 minutes for chicken pieces and sausages. One to 1 1/2 hours for whole chickens and pork loins. Two to 4 hours for pork shoulders and rib roasts.

Add hardwood (in the form of chunks, chips, or logs) to the fire and you’re smoking. Sometimes you smoke at medium or high heat—a process I call smoke-roasting. True barbecue (like Kansas City ribs or Texas brisket), as well as bacon, jerky, smoked salmon, and other fish, are smoked “low and slow” (at a low temperature for a long time). Slow smoking and dishes you use it for (like spareribs and brisket) are covered in depth in my book, Project Smoke.

There are many ways you can smoke on a grill—while you’re direct grilling, indirect grilling, spit-roasting, even while grilling on a plancha. Note: It’s difficult to smoke on a gas grill, and you’ll never get the pronounced smoke flavor you get with charcoal. That’s because gas grills have a wide gap between the lid and the cook chamber to release excess hot air, so the grill doesn’t overheat. Most of the smoke you generate exits through this gap before it has a chance to add much flavor. 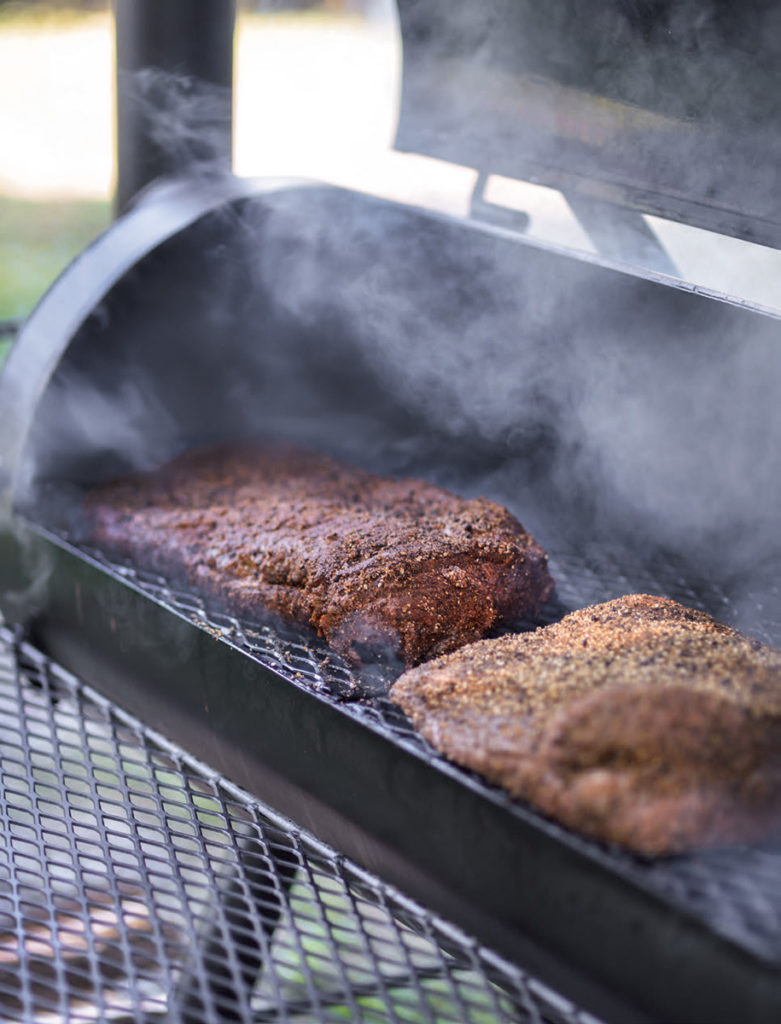 Spit-roasting is one of the oldest methods of live-fire cooking. (There’s a terrific description of
an ancient Roman rotisserie hog in the Satyricon by Petronius.)

It combines the virtue of direct grilling (direct exposure to the fire) with that of indirect grilling (cooking next to, not directly over, the fire, so you don’t get flare-ups). The gentle rotation helps the food cook evenly. The result: large cuts of meat with a savory seared surface and an extraordinarily moist interior. Another advantage of this method: Spit-roasting bastes the meat both inside (with the internal meat juices) and outside (with the dripping fat). 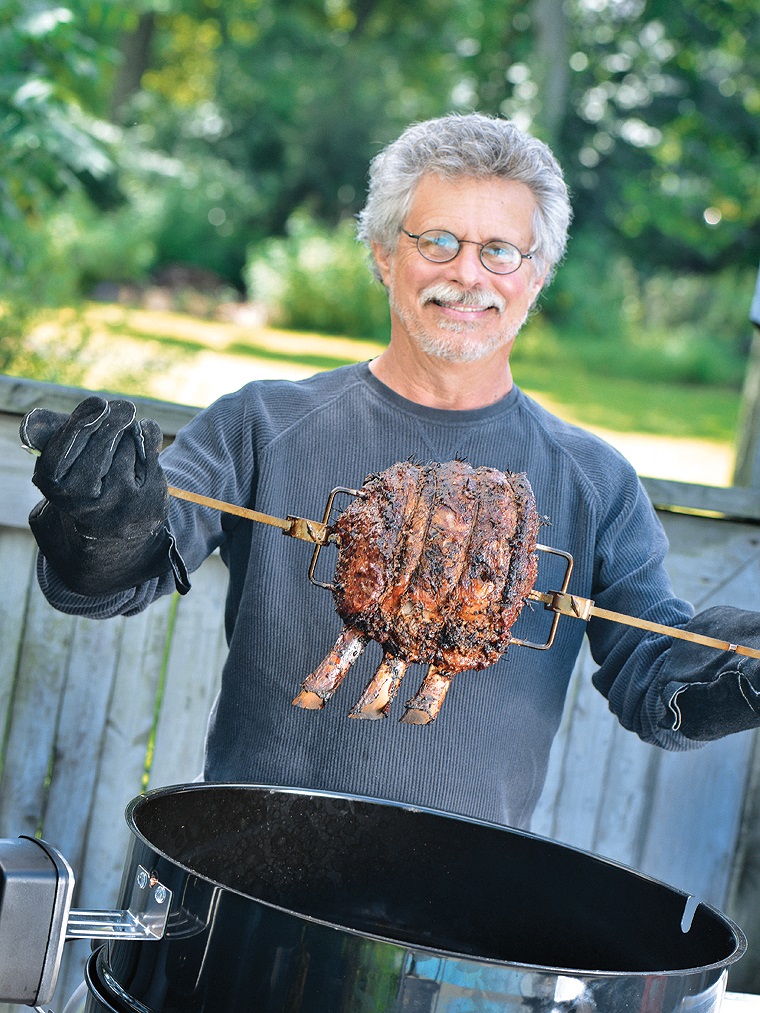 Grilling time: Similar to indirect grilling, but spit-roasting goes a little faster: 30 to 40 minutes for chicken pieces and sausages. One to 1 1/4 hours for whole chickens and pork loins. Two to 3 hours for pork shoulders and rib roasts.

Well suited to: Cylindrical or football-shaped foods, like whole chickens and ducks; pork shoulders and loins; rib roasts and so on. Good for whole fish, fish steaks, and large fillets. (You’ll need to spit-roast these in a rotisserie basket.)

5. Caveman Grilling (Grilling in the Embers)

This is it—the original grilling method—pioneered nearly 2 million years ago by a human ancestor called Homo erectus. Flash forward to the 1950s when President Dwight D. Eisenhower would grill “dirty steak” (sirloin roasted directly on the embers) at the White House to the horror of onlookers. This theatrical method requires no grill grate. You grill the food directly on the coals. Although similar to direct grilling, caveman grilling gives you a crustier exterior and smokier flavor—the result of varying heat zones and micro-charring of the meat. 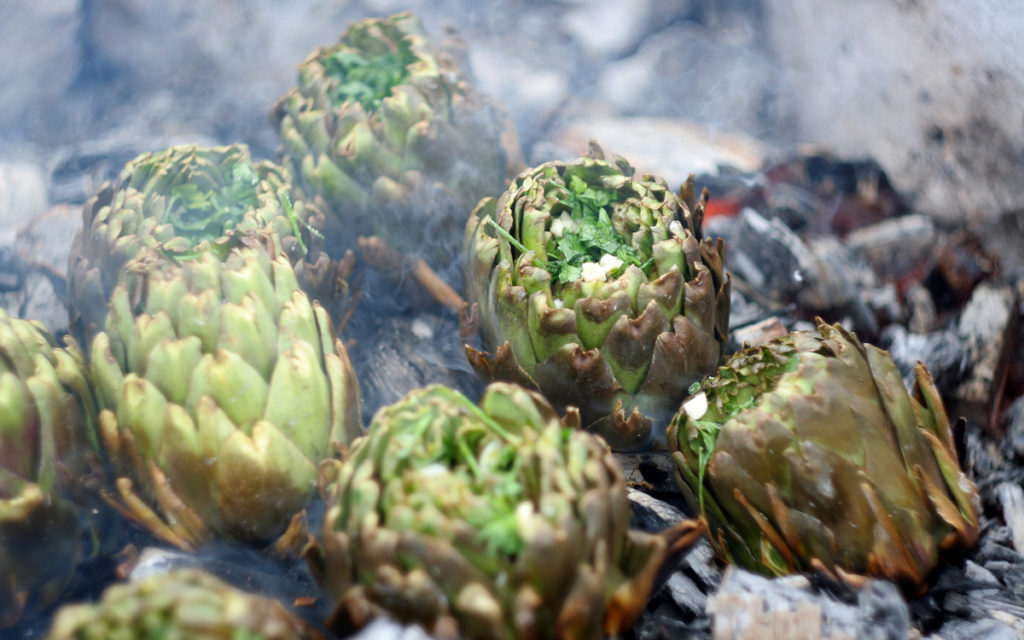 Setup: Build a charcoal fire and rake the embers out in a single layer with a grill hoe or garden hoe. Fan the fire with a fan, folded newspaper, or hair dryer to dislodge any loose ash. Lay the food directly on the embers.

Temperature: Comparable to that of direct grilling, that is, hot (500° to 700°F). Paradoxically, it’s not quite as hot as you’d think, because the charcoal acts as an insulator where it comes in direct contact with the meat. (In part, this is what enables firewalkers to walk barefoot on beds of embers.)

Grilling time: Quick—3 to 6 minutes per side for most foods.

Well suited to: Steak is the obvious candidate for caveman grilling, but vegetables are awesome grilled this way. (The short list includes sweet potatoes, onions, bell peppers, eggplant, and squash.) Less expected, but no less delectable, are ember-roasted shellfish and ember-roasted flatbread. 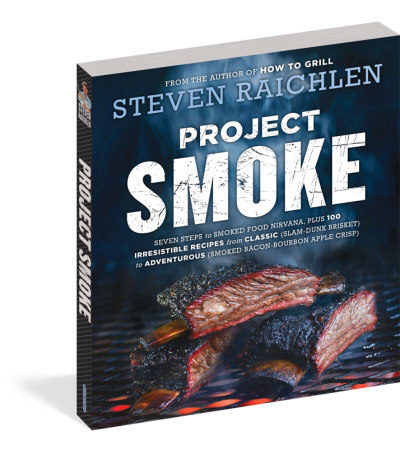 Project Smoke is the How to Grill of smoking, both a complete step-by-step guide to mastering the gear and techniques and a collection of 100 explosively flavorful recipes for smoking every kind of food, from starters to desserts.