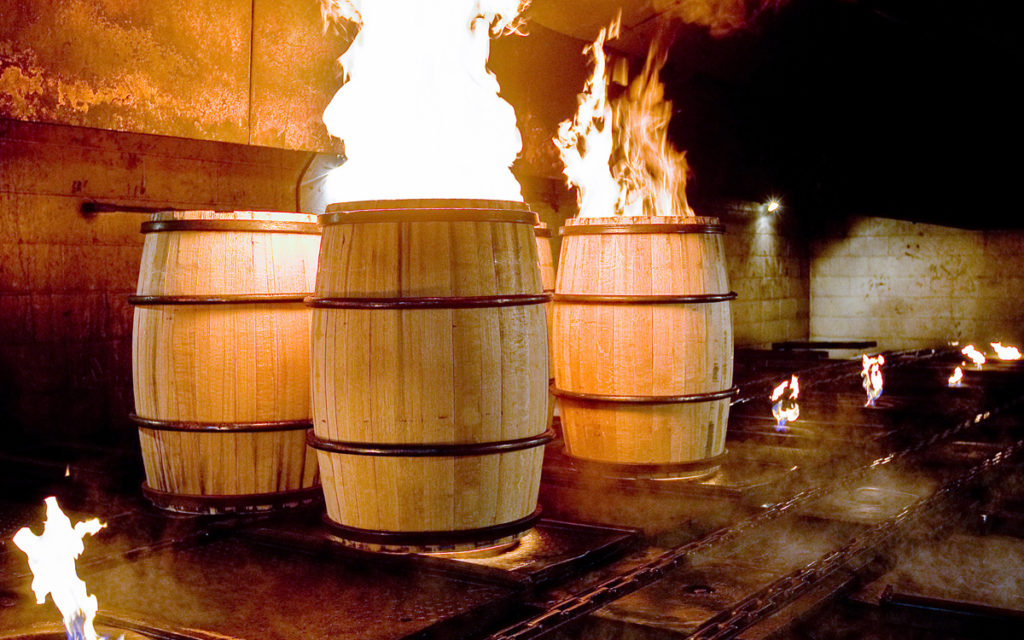 Barbecue and bourbon are true American icons, and for centuries we’ve been washing down the former with the latter. They have a lot in common, not least of which is fire.   For if a low slow fire is essential cooking barbecue, fire is equally essential for charring the barrels for aging the bourbon. Which is what lead to a phone call from spirits writer Aaron Goldfarb, who interviewed me about the connection of bourbon and barbecue for his fascinating book Hacking Whiskey. In honor of World Whisky Day, we reprint it here. Cheers!

You can literally smoke anything. Of course, some things make more sense than others.

If you think about it, wood is such an important component of so many whiskeys. That’s why it makes complete sense to bring smoke, wood, and whiskey together. And, of course, as we all know, there’s one family of whiskeys that is already smoked. That’s Islay whisky from Scotland, where the barley is dried over peat. I’ve even smoked meat with peat, although it’s illegal to bring peat back to the United States. (How the heck did I get some? Oh yeah, an Irish company sold me some chunks and lumps. I didn’t feel it worked as well or was as interesting as wood, though.)

I approach combining woods and alcohols less from a flavor profile and more from a geography point of view. So, if I’m smoking a mezcal or tequila, I’m inclined to use mesquite. That’s the natural wood of that part of Mexico. If I was doing applejack or brandy or calvados, I’d probably use applewood. When it comes to whiskey, I most often use oak, because of the association with the bourbon barrels.

The Smoking Gun Pro (a handheld smoker) is one of my favorite smokers. I have many of them and use them all the time. The beauty of it is you can use it to do a test run of the same drink with a different, odd kind of wood for each glass. See which one works best and go with that.

My experience, though, is that the flavor differences in wood are pretty subtle when combined with whiskey.

I built an old-fashioned smokehouse at my place in Martha’s Vineyard while I was writing Project Smoke. I smoked about 30 different things in it, including cocktails. If you don’t have a smokehouse or Smoking Gun, another easy way to smoke whiskey is to pour it in an aluminum foil pan and put that over another pan of ice. Now you can put it in a grill or a water smoker or even an offset barrel smoker. (When you’re smoking whiskey, you want to keep it cold. It can’t get too hot or it becomes volatilized.)

Another technique that I highlight in Project Smoke is smoking just the glass instead of smoking the spirit. That’s a much easier way to test things out. I use that method for a cocktail I call Dragon’s Breath. What you do with that is you smoke a big brandy snifter, really coat the inside of the glass, then turn it upside down and set it on a coaster. If you’re quick about it, when you take it off the coaster and fill the glass, the smoke will hopefully still be coming out. That’s pretty cool. 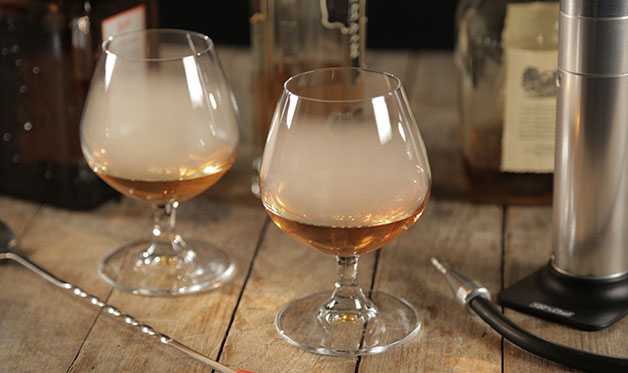 I also smoke ice cubes, believe it or not. That works too, and you can pour a whiskey or a cocktail over them. When I first did it, the ice would melt when I smoked it, and then I’d refreeze them. Then, in a “duh” moment, I realized, “Why not just smoke the water and freeze it?”

This is not your ordinary whiskey book, it’s a collection of ingenious ideas and shortcuts to help you temper your whiskey to greatness in the privacy of your own home. Aaron Goldfarb, a whiskey geek (and writer), is reporting from the field, where he’s gathered tips, recipes, and insider secrets about the weird yet delightful ways in which whiskey is being used today.

World Whisky Day is Saturday, May 16, 2020. World Whisky Day invites everyone to try a dram and celebrate the water of life. What will you be drinking? Let us know on Facebook, Twitter, Instagram, or Reddit!