Just in Time for Super Bowl LV: How to Cook Brats Like A Pro 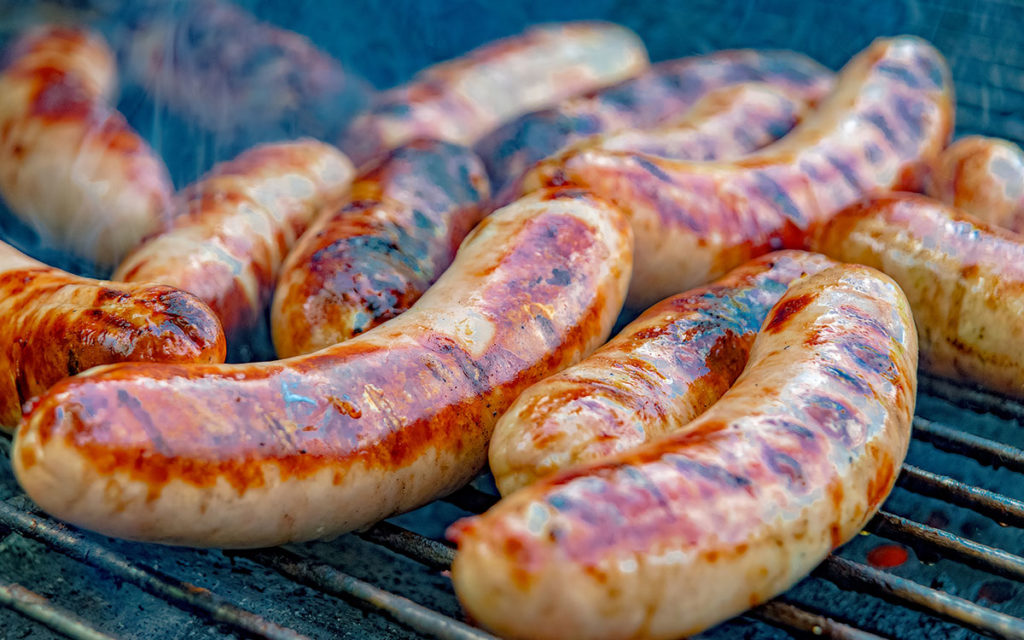 Among the many “grate” debates is the one that rages about the proper way to cook and serve bratwurst. It’s a hot topic in, especially in Wisconsin, and especially as Super Bowl Sunday approaches (February 7).

The bratwurst came to Wisconsin with German and Austrian immigrants in the late 1800s. The sausage become synonymous with the Badger State’s culture when an Austrian-born butcher named Ralph Stayer created the Johnsonville bratwurst, named for a village west of Sheboygan.

Stayer’s genius lay as much in branding and marketing his brats, as bratwurst are affectionately known in these parts, as in formulating the perfect ratio of lean pork to fat, salt, pepper, and nutmeg or mace (for a sweet note) stuffed into a natural casing. When served with German-style hot mustard on a crusty roll, the sausage becomes nothing less than gustatory nirvana. Especially when paired with a German beer like Leinenkugel.

If cooked too fast, brats have a tendency to split, leaking juice and hot fat and causing monumental flare-ups on the grill. Oftentimes, the casing burns and bursts before the interior of the sausage reaches a safe temperature of 165 degrees.

But you can avoid the problem using our tips:

Parboil the brats in water, beer, or even apple cider for 10 to 12 minutes before transferring them to the grill to finish cooking;

2. Work over a moderate heat.

Over high heat, the brats are more apt to split as the fat and juices expand.

Leave yourself a large safety zone with at least 30 percent of the grill grate fire-free. That way, you can move the sausages away from the flames. 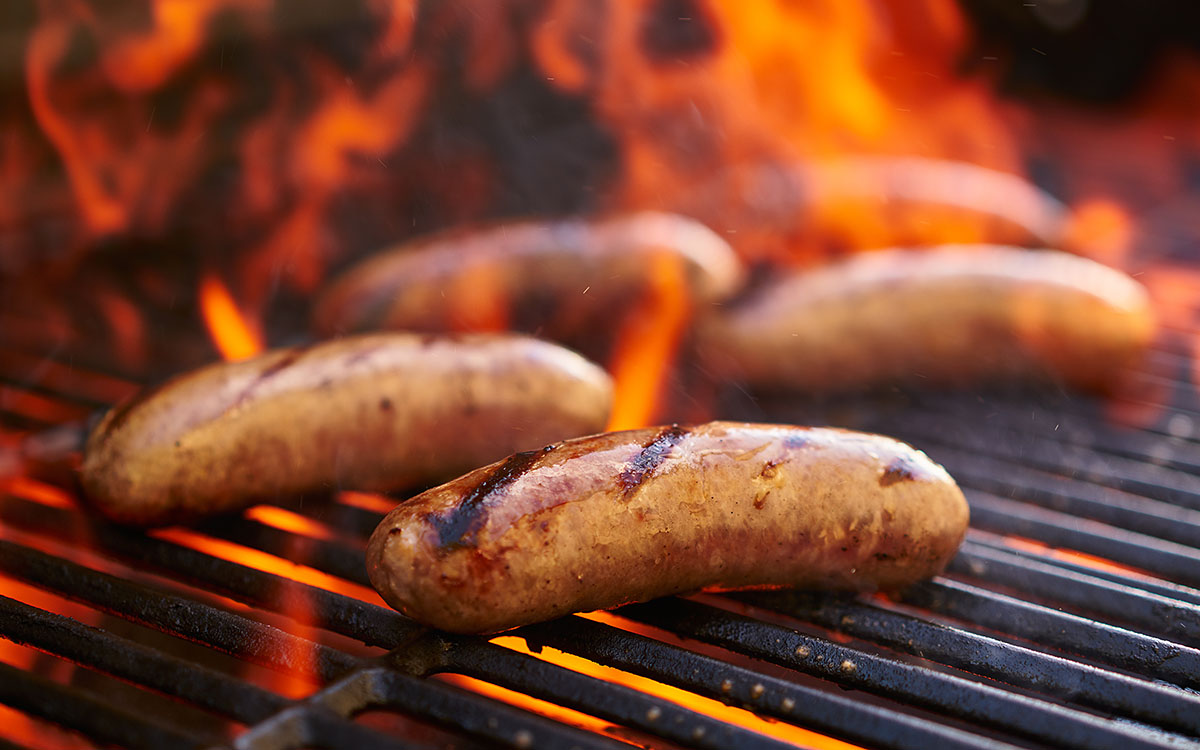 Use tongs, not a barbecue fork, for turning the sausages. Stabbing them repeatedly will cause the flavorful juices to leak onto the fire.

The sausages come out with crackling crisp casings and an extraordinarily moist interior. No splitting. No bursting. No flare-ups. For extra flavor, throw some wood chips on the coals.

6. Put your brats in a “hot tub” until ready to serve.

If you want to hold the brats for a period of time, say until halftime, transfer them to a pan of warm beer or cider with a few sliced onions and bell peppers. We like to call this “brats in a hot tub.”