To Wrap or not to Wrap Barbecued Meats? 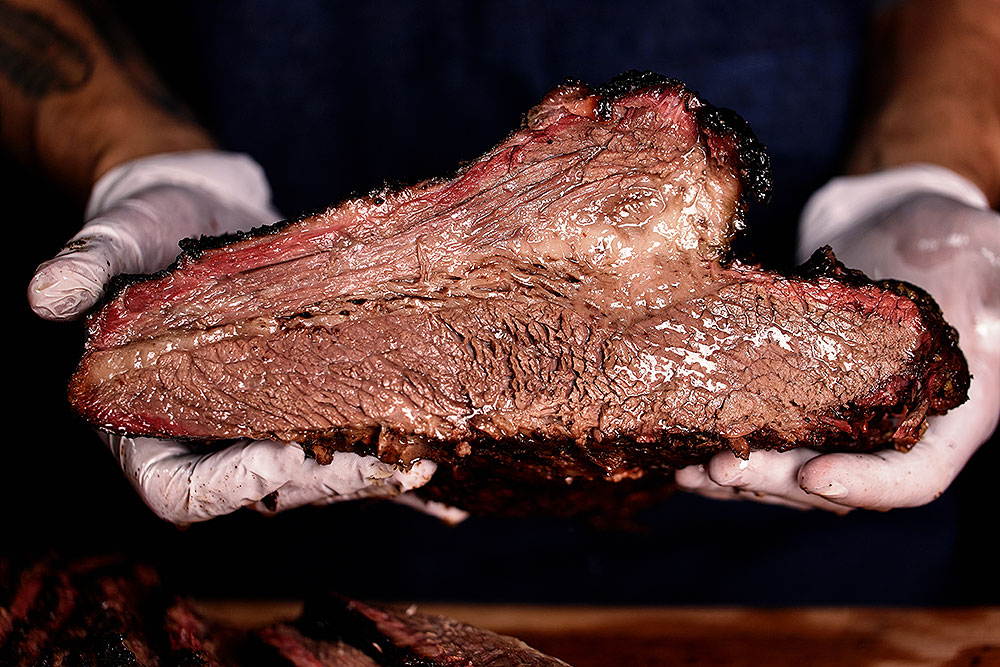 For what seems like a friendly pursuit—cooking hefty hunks of meat over live fire to be eaten mostly by other people—barbecue has long been besieged by controversies. Among them: Is it sacrilege to sauce brisket? Are fall-off-the-bone-tender ribs the mark of an amateur? Is brining for the birds?

Add to the list: Should you wrap meats like brisket, beef shoulder clod, pork shoulder, ribs, etc., in aluminum foil or unlined butcher paper hours into the smoke, or leave the meat “naked”?

Not unsurprisingly, there are pros and cons with each method. Read on.

Wrapping barbecued meats in foil, a technique long known as the “Texas Crutch,” was popularized on the competition barbecue circuit where small adjustments can make the difference between getting a “call” (a place in the winner’s circle) or driving home with a “DAL” (Dead Ass Last) on your record.

In the beginning, the term Texas Crutch was probably coined as a derisive term, but it’s the foundation of the popular 3-2-1 method of cooking ribs. Not familiar with the equation? This is what cooking ribs such as spare ribs and baby backs by the numbers means:

The process gives you meat so tender it virtually slides off the bone, with the multiple layers of flavor most of us associate with great barbecue. And within a predictable 6-hour time frame, too.

It’s relatively fail-proof, meaning that if you follow the directions, you are almost guaranteed you’ll avoid the dual pitfalls of ribs that are tough or dry. And if you serve ribs cooked by the 3-2-1 method, 95 percent of the people who taste them react with delight and will declare you a barbecue genius.

But does the technique work with brisket, the Achilles heel of many backyard barbecuers?

According to celebrity pit master Aaron Franklin of Franklin Barbecue in Austin, Texas, the answer is an unequivocal “yes.” Named Best Chef – Southwest by the prestigious James Beard Foundation (the first barbecue chef to win the honor), Franklin has sold out of brisket every day since his establishment opened in 2009. How does he do it? Fortunately, he’s generous with his secrets. He freely admits he wraps his brisket in unlined peach or pink-colored butcher paper for the last few hours of smoking. (We highly recommend Franklin’s book, Franklin Barbecue, to anyone interested in upping their barbecue game.)

Let’s talk, for a minute, about this special paper. Generally made of Southern Pine, butcher paper suitable for smoking is pulped with food-grade sizing to reduce its tendency to absorb liquid. It is more permeable than aluminum foil, meaning it can release some of the excess moisture that tends to accumulate on the surface of the meat. 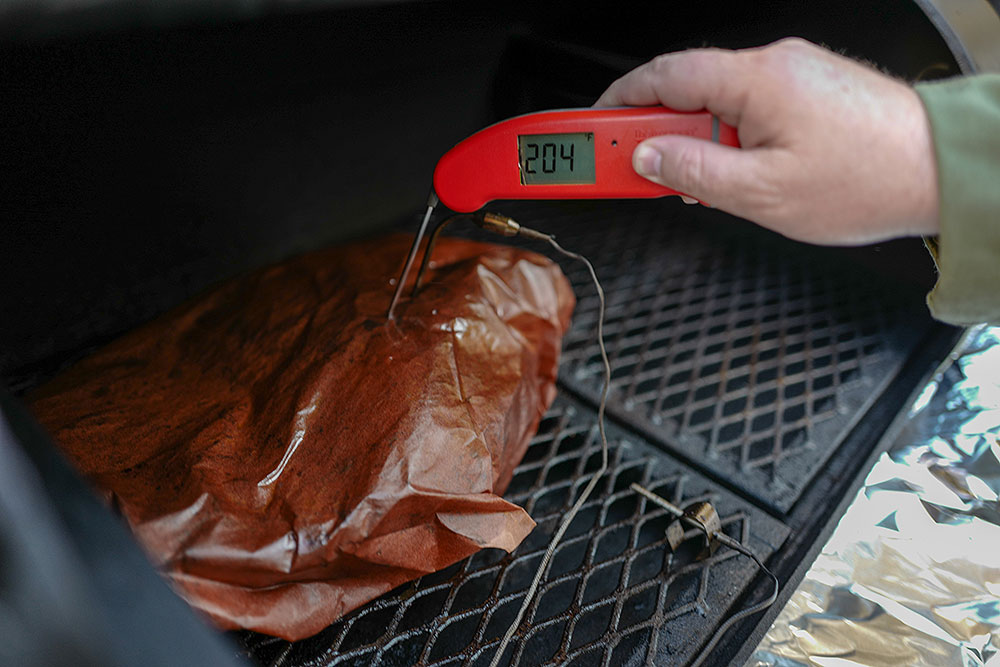 What does this mean in practical terms? Here is a summary of the pros and cons of all three methods:

Check out this recipe for North Carolina Pulled Pork that utilizes the unwrapped method. 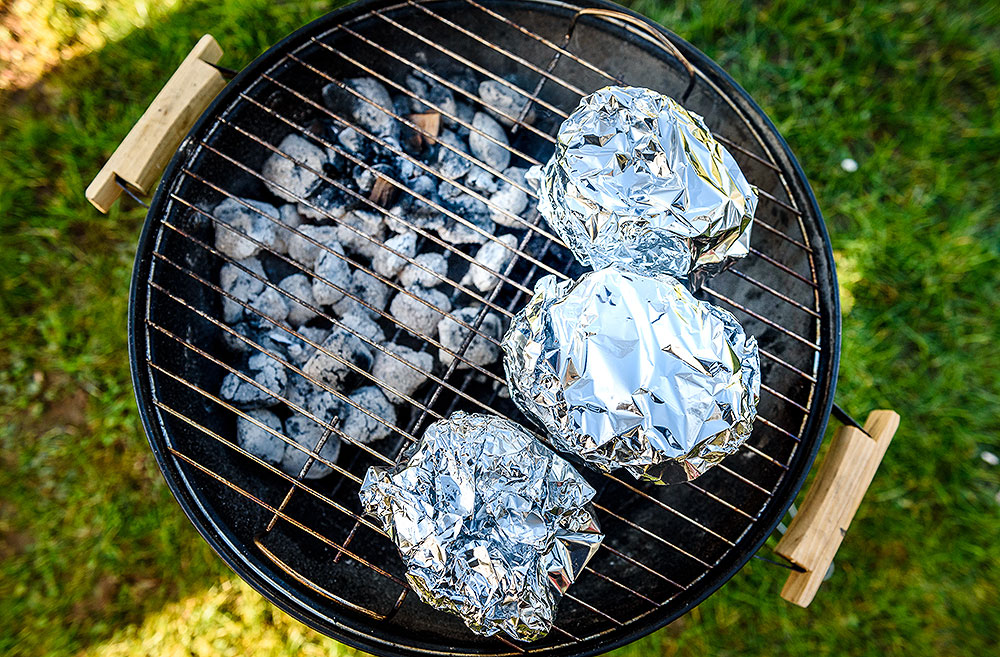 You can use Butcher Paper for this BBQ Titans’ Brisket recipe.