Just Do It: Home-Cured Ham 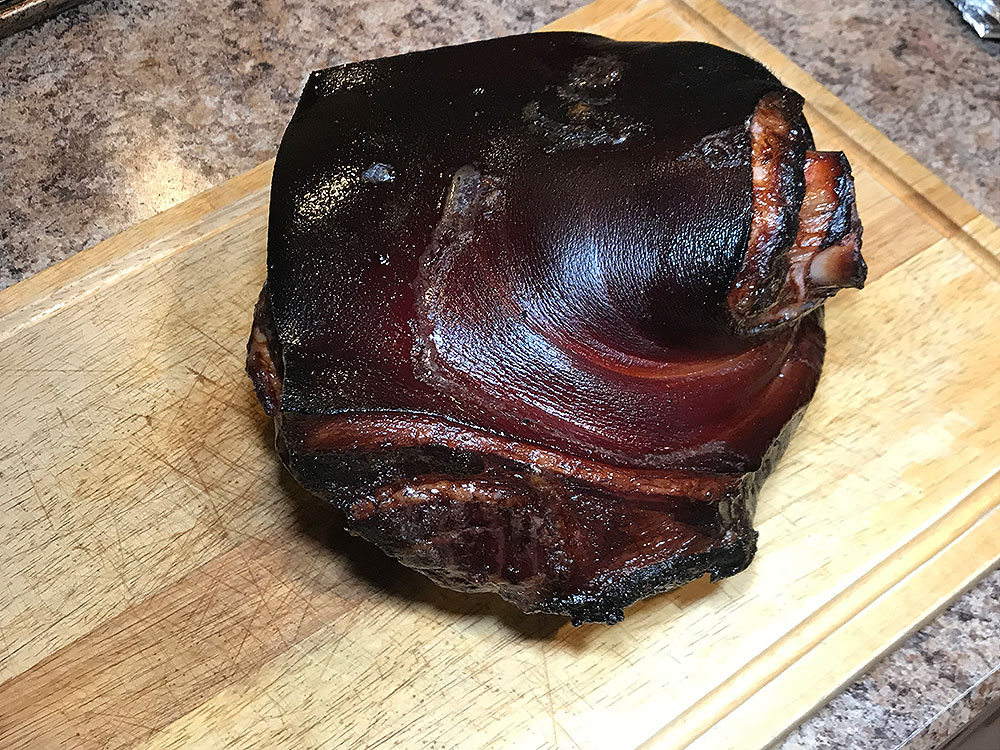 What inspires you to cook something new or prepare a special recipe? I am moved to try something new by a recipe in a cookbook, a meal at a restaurant, a cooking show, or a request from my wife.

Like most of you, I watch Steven Raichlen create delicious dishes on his shows and want to replicate them. The “Hog Wild” episode of Project Smoke sparked my desire to make a whole ham. The occasion to make ham from scratch finally arrived.

You may not know this, but Steven likes to have his recipes tested to check cooking times, serving amounts, and ensure the instructions are easy to follow. Steven recently wrote an article about ham for the New York Times, so he reached out and asked if I could assist and test a few ham recipes. I jumped at the opportunity since it was something I wanted cook—cured meats have always intimidated me (you, too?)— and it was Steven asking.

In addition to working as the fire wrangler on Project Fire, I had the unique experience of testing his amazing recipes for his upcoming book How to Grill Vegetables.

Ham in a Hurry

I smoked two picnic hams on two separate kettle grills comparing cooking times. I also smoke-roasted a “Ham in a Hurry” pork loin. The test began by creating a brine with spices, salt, honey, brown sugar, Prague powder (curing salt), and water. I injected the hams with the brine to make sure the cure was delivered deep into the meat. Next, I submerged the hams in the brine in separate brining buckets. Three days later, I injected the hams a second time. The hams brined for a total of seven days, although I wonder if the second injection might shorten the curing time? 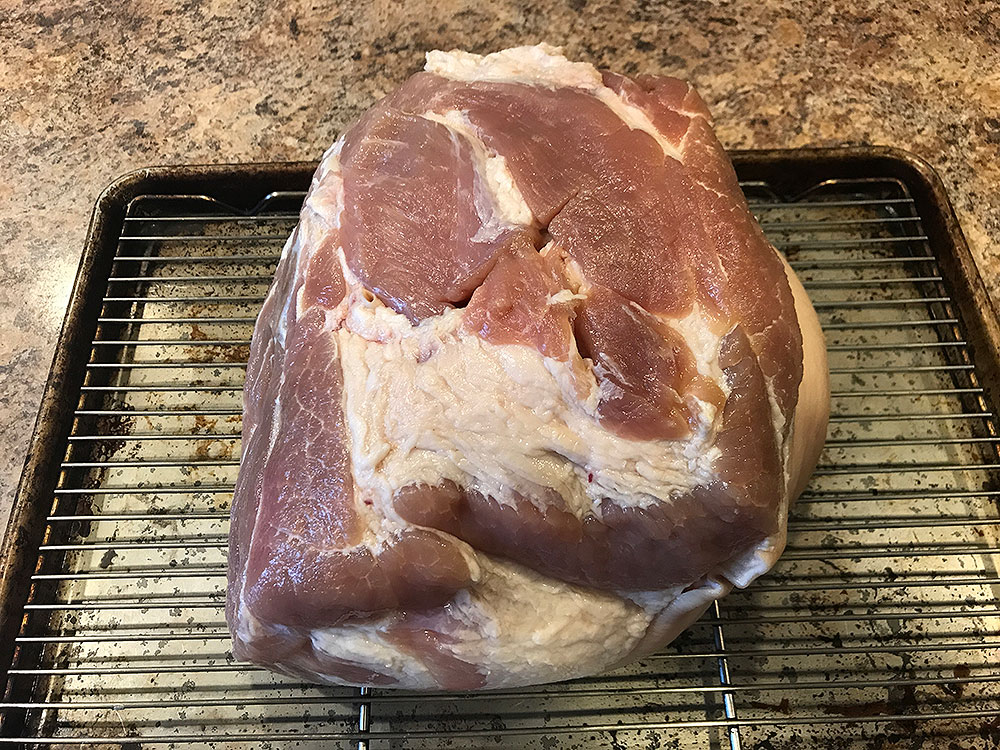 I injected and brined the “Ham in a Hurray” pork loin for 24 hours and then re-injected. The total brining time was 48 hours. 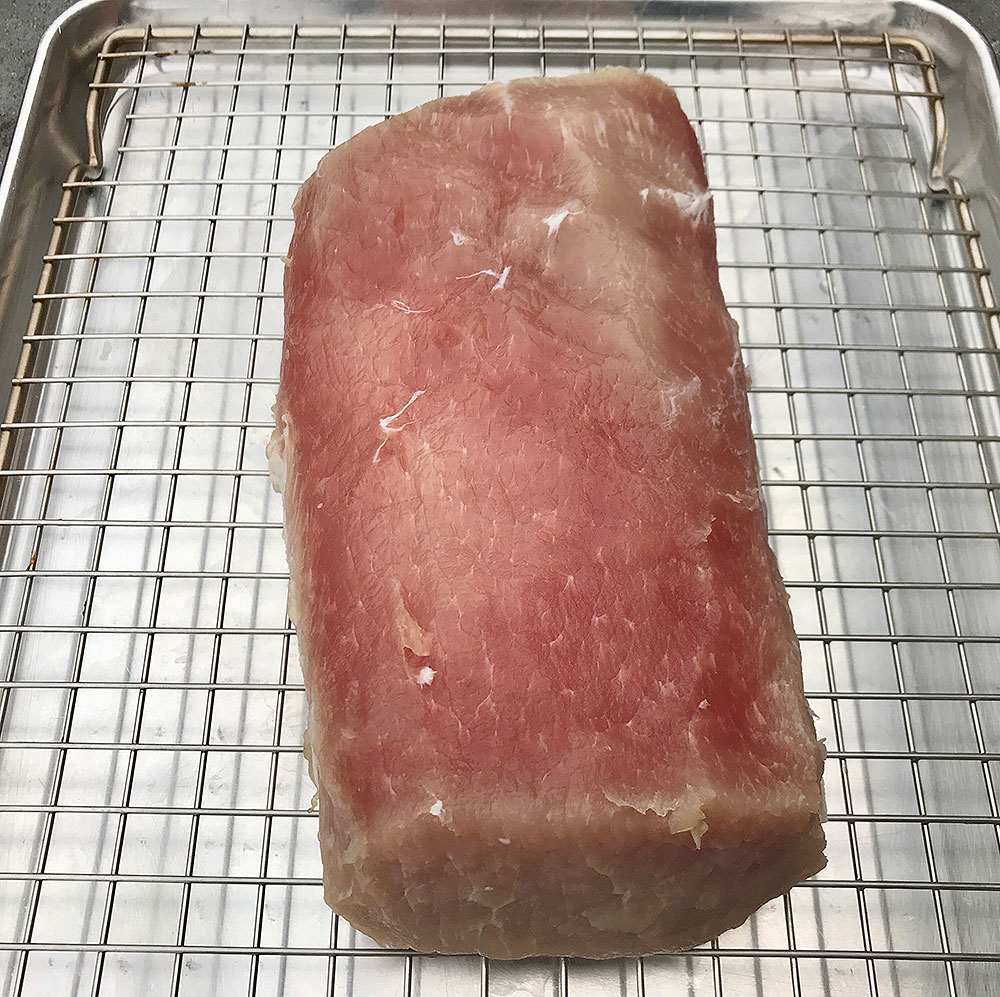 Prepping the Grill and Cooking 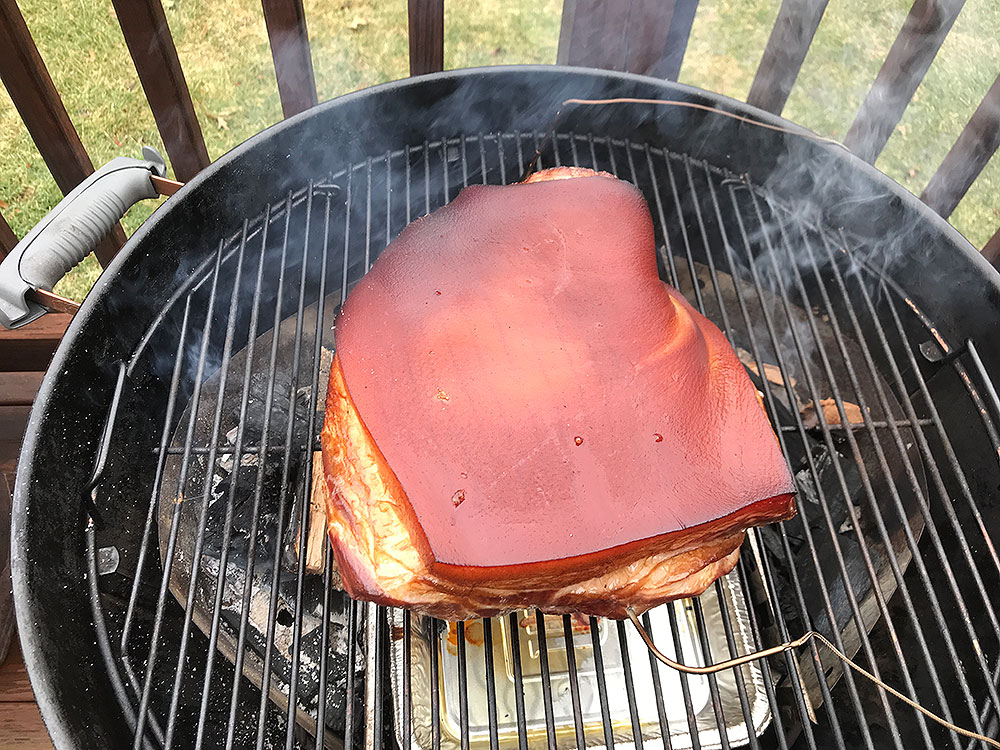 I scored the fat cap of the second ham to see if it improved the aesthetic of the ham and to see if the skin would be easier to remove. The scoring did create a unique appearance but made it more difficult to remove the skin. I did not try to cook the pork skin harvested from the hams since I jumped right into the “Ham in a Hurry” pork loin. 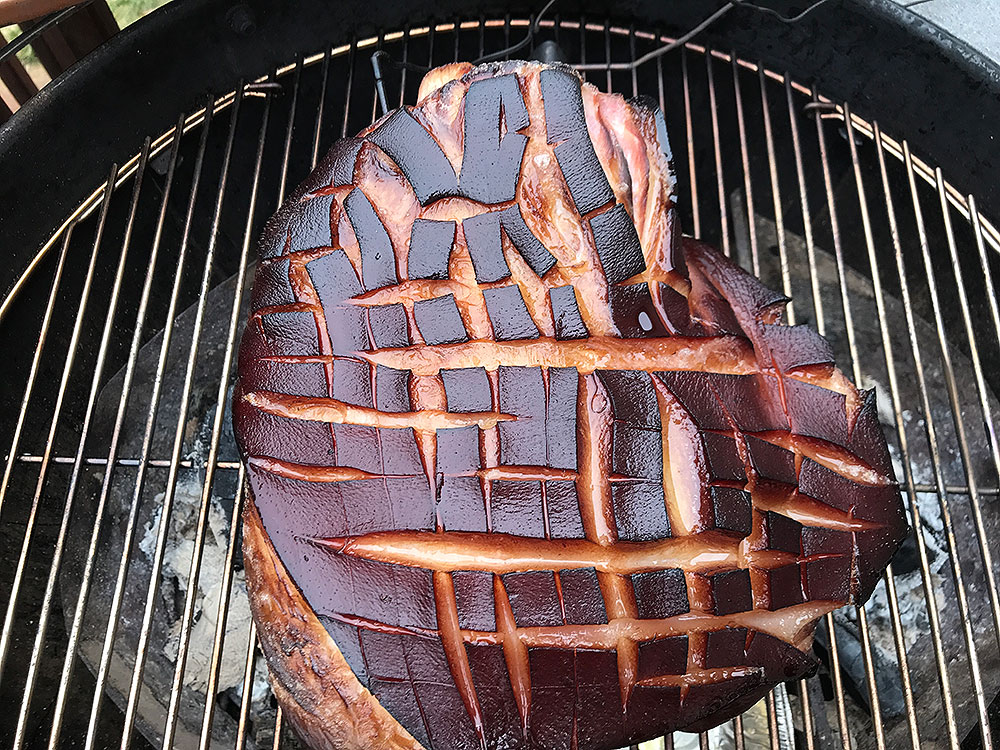 The smoking process created a dark mahogany color, crusty edges, and a wonderful aroma. Finally, time to slice the ham and taste the result of my day’s work! The unscored pork skin (rind) was easier to remove than the scored one. To slice the ham, I placed it point side up like an inverted ice cream cone. 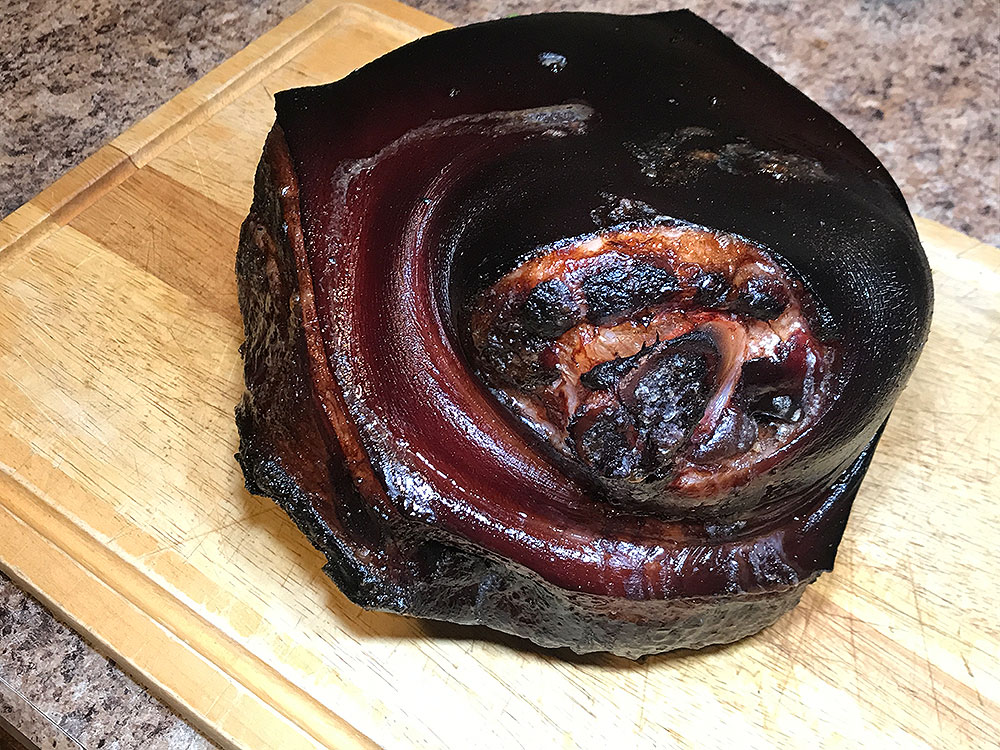 I knew my day of cooking was a success as soon as I tasted the ham. Right away I noticed the sweetness, the smoke, and the salty flavor you expect from ham. By making my own brine, I can control the amount of salt in the hams. The curing process creates a gorgeous deep rose color in the ham. There is no doubt, homemade ham is absolutely better than store bought!

The pork loin treated me to a similar sweet, salty, smoky flavor as did the picnic hams. After a second bite, I noticed the cinnamon, the clove, and orange flavors in the glaze. Based on my results, I would enthusiastically encourage you to try making your own ham. However, I do not suggest cooking 3 hams on the same day as I did.