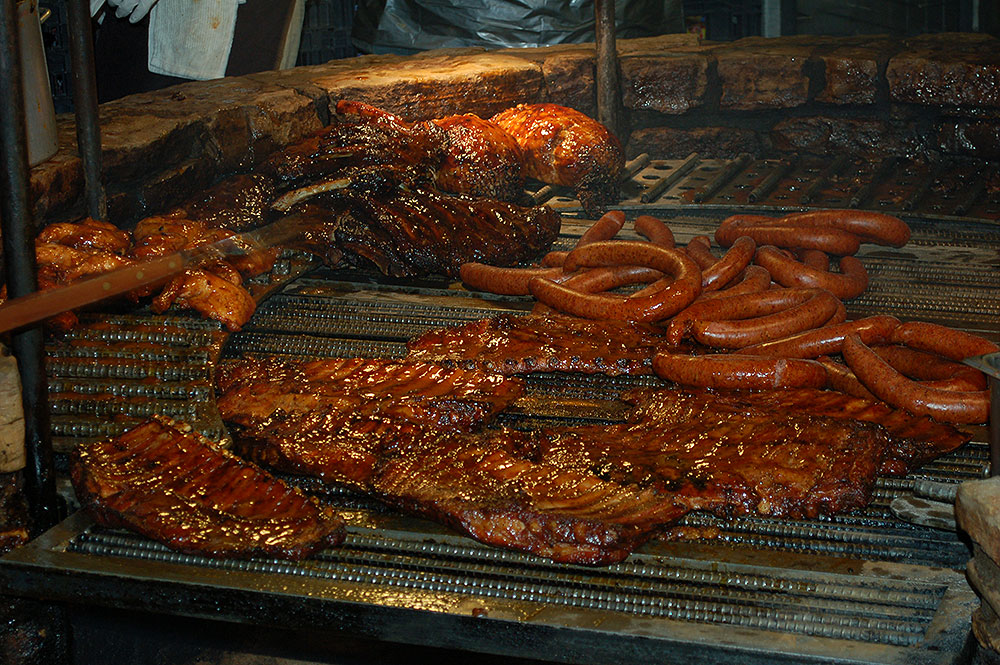 Visitors to this website—and Barbecue University®—are no strangers to journalist and travel and food writer Larry Olmsted. Larry wrote the must-read exposé Real Food, Fake Food (Algonquin) and his numerous articles about Barbecue University in publications like Forbes.com make you feel like you’re right in the front row of the class.

So when Larry told me about his new book, Fans: How Watching Sports Makes Us Happier, Healthier, and More Understanding from Algonquin Books, it reminded me of the intimate and enduring connection between sports and barbecue. For me, that connection starts with the seminal book, Alice Let’s Eat, in which Calvin Trillin introduced the world to the burnt ends at Arthur Bryant’s in Kansas City, and continues today with the extravagant tailgating that has become such an essential part of the football experience across the U.S.

I asked Larry if he’d be willing to write a guest blog for barbecuebible.com and he graciously obliged with this fascinating article called Sports and Smoke. So fire up your smokers: game on!

Gates BBQ is not only a Kansas City classic, but one of America’s most famous slow smoking eateries, since 1946. Three quarters of a century later, it stands out among the city’s many great BBQ joints for one unique claim – crafting the only pulled pork sandwich to have been sold at both Royals baseball and Chiefs football games, in Kauffman and Arrowhead stadiums respectively. 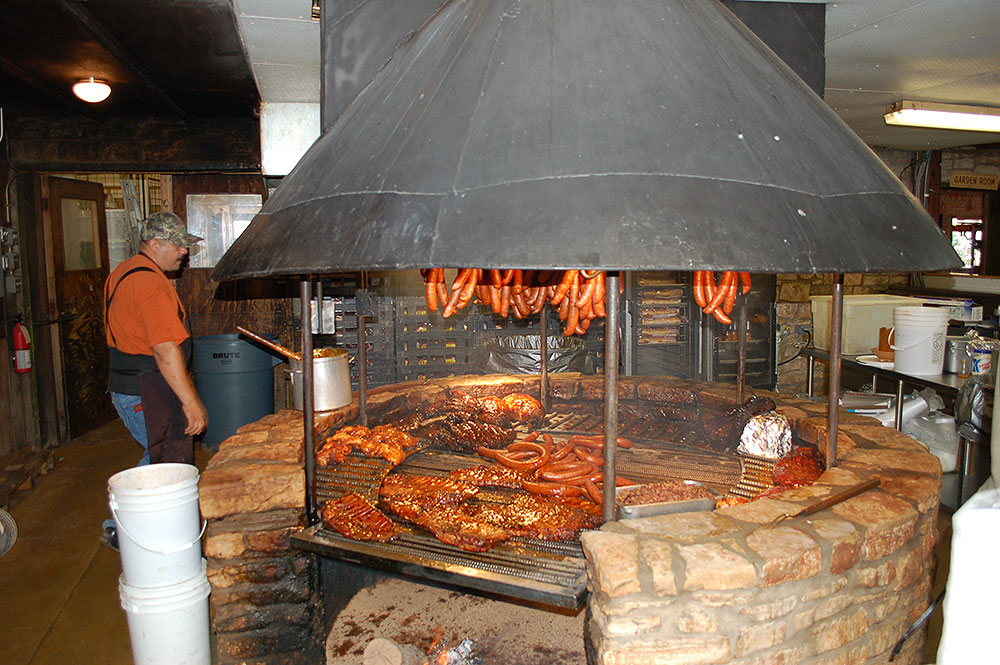 Open Pit at the Salt Lick

But it’s not just slow smoked meat – all kinds of fiery cooking are adored by sports fans, some of whom happen to be celebrity chefs. TV food star Andrew Zimmern’s planned Canteen Rotisserie for Minneapolis’ new Bank of America stadium, will be serving rotisserie beef, lamb, poultry, pork and goat. Zimmern’s stadium spot in Kansas City offers his take on Montreal smoked beef, aka Canadian pastrami.

But arguably the most famous pit master in all of sports has a niche specialty, Baltimore Pit Beef. At the old Memorial Field, Orioles MVP first baseman Boog Powell become revered by teammates for his post-game backyard-style grills after games and practices, and when Camden Yards was built, he went public with a dedicated open air fire pit take out stand. Camden Yards was the groundbreaker that ushered in the modern stadium concept 30 years ago, and Boog’s BBQ was there when it opened. It has long been a rite of passage for fans – and athletes – to eat there, and in his late seventies, Powell still often mans it himself. In 2016, Orioles star Adam Jones walked up and ordered smoked turkey, only to find himself chastised by the legend, who exclaimed, “You can’t hit no damn home runs on turkey! I’m gonna give you some beef.” 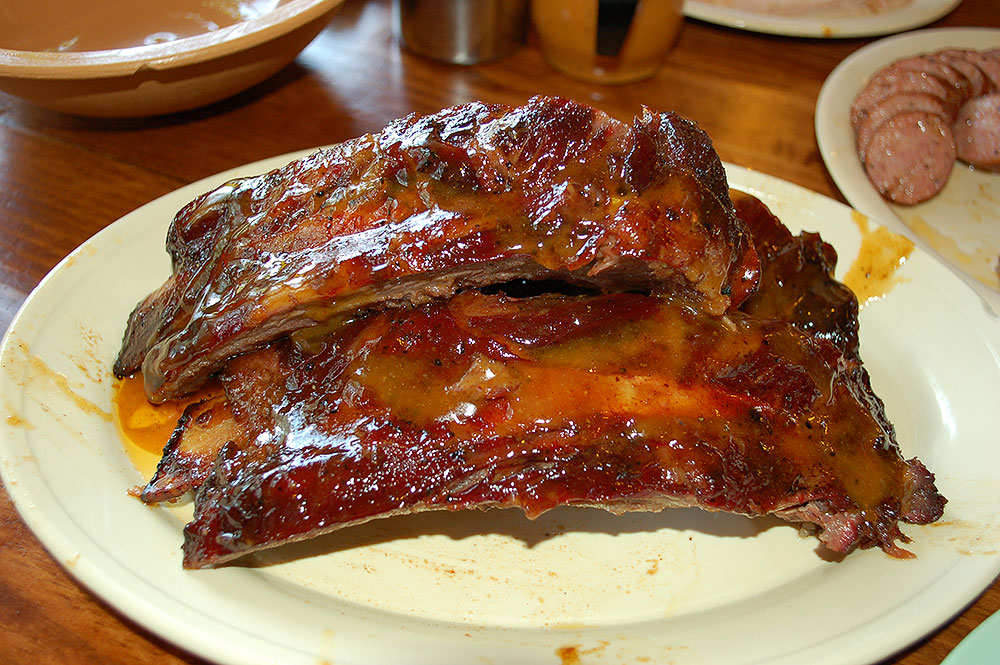 Current BYU star Quarterback Zach Wilson is projected to be the first or second pick in the NFL Draft, but he didn’t wait to go pro to sign a multi-year partnership with Traeger Grills, known for popularizing the now burgeoning pellet smoker category. Wilson was born and raised in Salt Lake County, where the company is based, and comes from a large, close-knit family where backyard cookouts around a Traeger were an integral part of his youth. 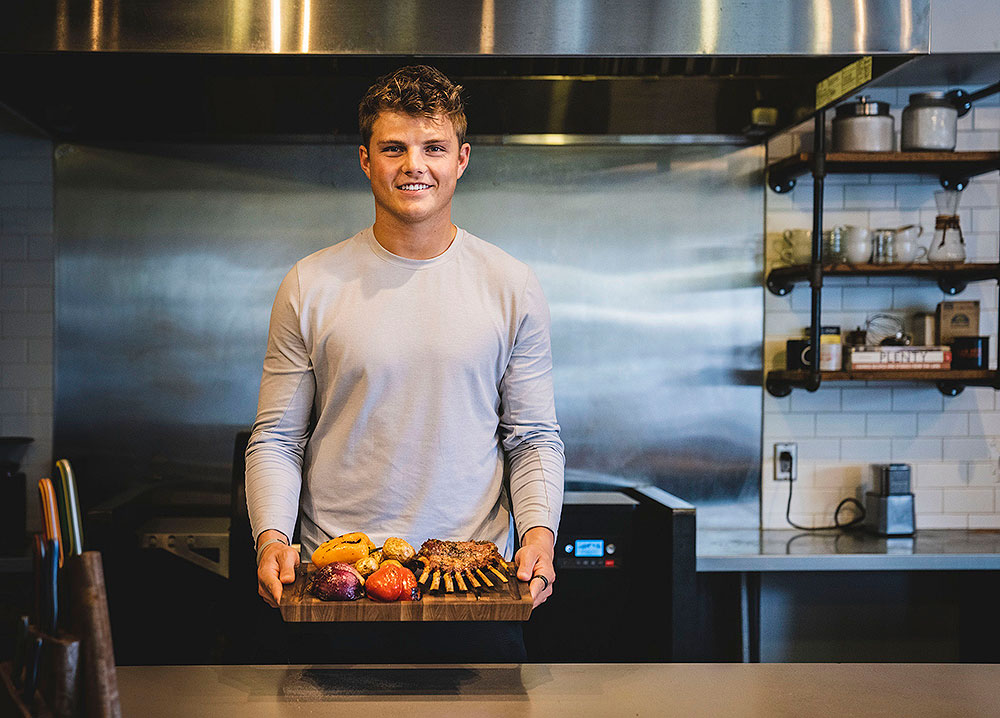 The smoky revolution in the new generation of stadiums is just a microcosm of the larger connection between smoke, fire and sports fans, which go together like – well like baseball, apple pie and Chevrolet. The heroes of Homeric Epics regularly feasted on roast lamb, pigs and goats, and when the Olympics rolled around, whole animal sacrifices were often followed by the Ancient Greek equivalent of a luau. One story recounts two prominent Olympic athletes devouring an entire bull in a single day, and the options for sports related dining have only gotten better since.

Tailgating, which has been given a big upgrade by better portable grills, smokers and high-efficiency coolers like YETI, revolves around live fire cooking, and so do Game Day backyard cookouts across America. Consider the humble chicken wing, perhaps the most iconic sports bar menu item. The true Buffalo original is deep fried, fine for restaurant kitchens, but less user friendly at home, so most home sports fans make wings – millions annually – on the grill or smoker. Ditto for the most ubiquitous stadium food item, the blasé boiled water hot dog, which almost no one enjoys that way at home – whether you prefer Nathans or Fenway Franks or any of the other Big League brands, a touch of fire is as necessary a condiment as ketchup or mustard. And for sports fans cooking at home there is virtually no limit to the pro or college team logo accessories you can ensconce yourself in, from vinyl grill covers to aprons to laser engraved spatulas. 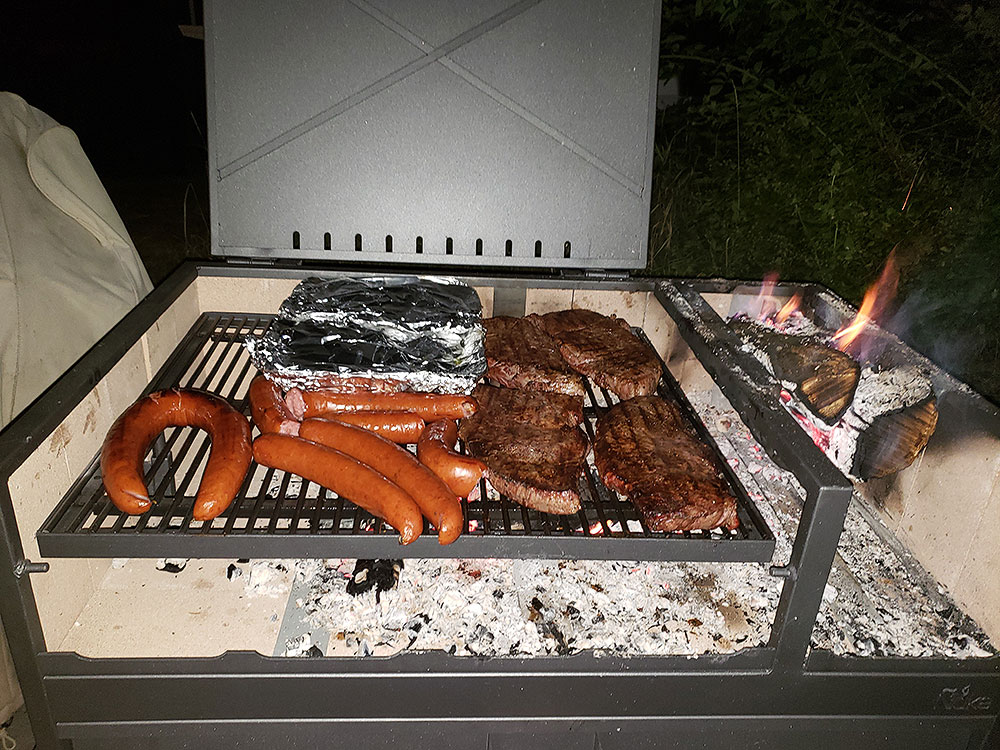 Ñuke Gaucho Asado at My House

I have spent the past few years studying sports fans around the country, and few are as passionate as followers of college football. This history and decades of alumni traditions is inseparably wrapped up in food. There are few more ardent examples of fandom than the followers of the University of Alabama, and no food more closely associated with “Roll Tide,” than the uniquely superlative grilled-not-smoked ribs at Tuscaloosa’s Dreamland BBQ, a gameday tradition that goes back six decades. Generations of UT fans have flashed the “Hook ‘em Horns,” symbol while lining up for the wagon-train inspired open pit cooked brisket, sausages and signature jumbo beef ribs at the Salt Lick, and lucky LSU supports hit the Baton Rouge outpost of 110-year-old legend Acme Oyster for its famous chargrilled bivalves. 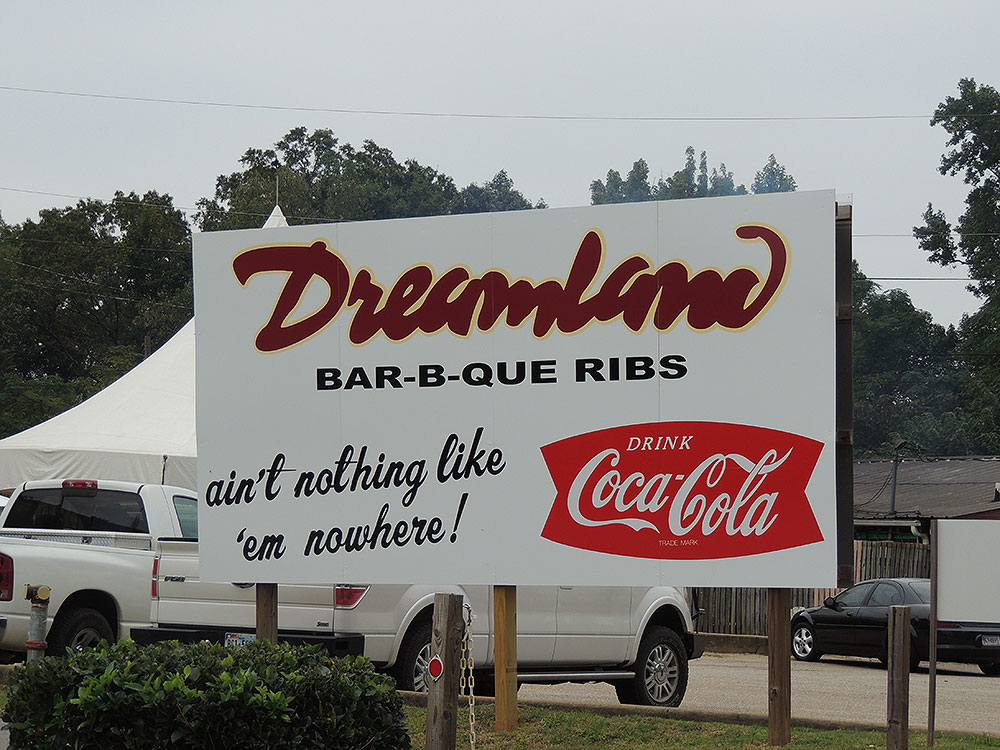 Everyone loves good food, but not everyone is a sports fan, so the eating, cooking and socializing is as big a part of the festivities as the game. More than the sum of their parts, these combine to create excuses for gatherings and fiery indulgence. 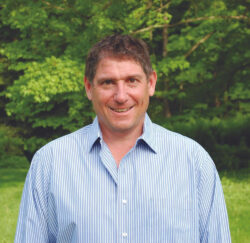 Larry Olmsted is an award-winning journalist, TEDx speaker, New York Times bestselling author, and BBQ enthusiast who has written USA Today’s regional food column, Great American Bites, for many years. His newest book, Fans: How Watching Sports Makes Us Happier, Healthier, and More Understanding, examines the many surprising benefits of sports fandom to us as individuals and to society, was released in March 2021.