Make the Best Reuben Sandwich Ever! 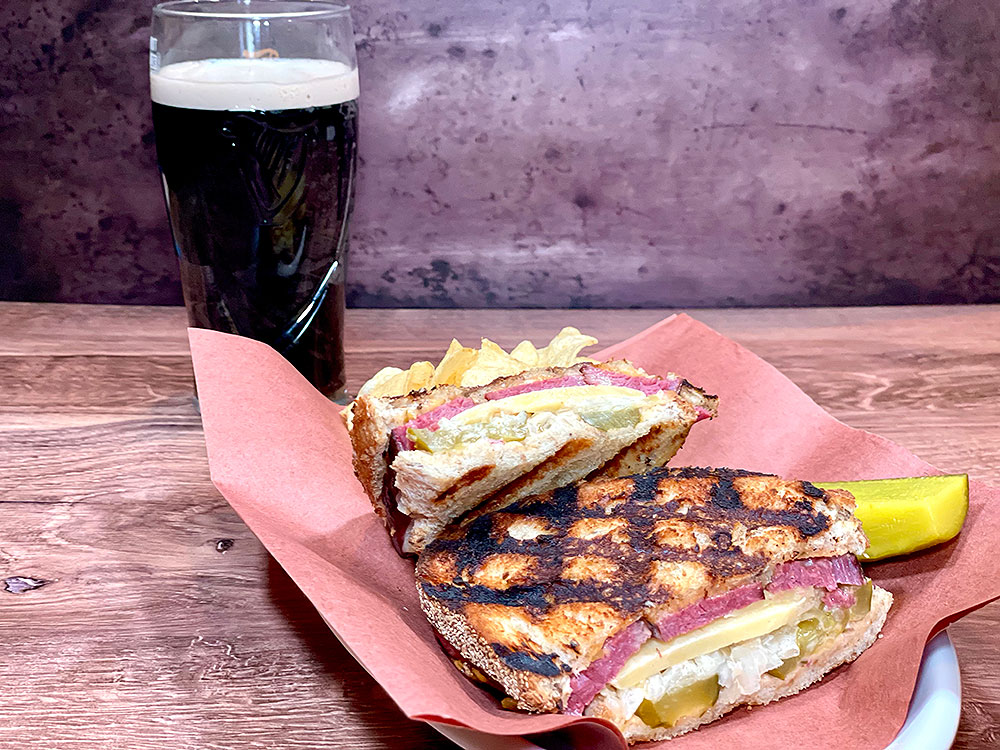 Our beloved fire wrangler—you’ve likely seen Steve Nestor on Steven’s show, Project Fire—recently received an extraordinary piece of corned beef brisket from our friends at Holy Grail Steak in advance of St. Patrick’s Day. It began with a lean, perfectly “corned” brisket flat from highly-prized Tajima American Wagyu cattle. Oh, my. The best! Though he could’ve made corned beef and cabbage, Steve’s self-serving colleagues urged him to smoke this stupendous slab of meat, then make Reuben sandwiches, one of our favorite assemblages of food ever. In the 1950s, this unlikely combination of corned beef, sauerkraut, Thousand Island-style dressing, Swiss cheese, and dark rye crushed more than 600 entries in a sandwich contest. And no wonder. Read on, and make the best Reuben of your life!

In Omaha, Nebraska, a local grocer named Reuben Kulafosky requested a corned beef and sauerkraut sandwich while playing his weekly poker game at the Blackstone Hotel. Bernard Schimmel ran the kitchen and put his own twist on the sandwich: He drained the sauerkraut, topped it with corned beef and Swiss cheese, and served it on dark rye bread. To put it over the top, Schimmel grilled the sandwich. On March 14, Omaha celebrates Reuben Sandwich Day.

In 1956, the Reuben won the National Sandwich Idea Contest and is now a staple on menus across the country.

Corned beef is famous on St Patrick’s Day here in the United States, but did you know it is not popular in Ireland on St Paddy’s Day? In the 1600’s, most tables in Ireland on the patron saint’s holiday featured boiled bacon and cabbage. Cows were prized for their dairy products and their meat, and were primarily owned by royalty and the wealthy, and not available to the average person.

Irish immigrants to the United States were looking for a taste of home on St Paddy’s Day, but could not afford bacon and pork. They gravitated toward the cheapest cuts of meat, like brisket. The beef was paired with cabbage because cabbage, too, was cheap. Instead of boiling the brisket, the Irish adopted techniques from immigrants from eastern Europe, such as brining or salt-curing. The “corn” in corned beef refers to the corn kernel-sized salt crystals used in the brining process.

How to Make the Best Reuben Sandwich Ever!

Here’s how I put my Reuben Sandwich together with the amazing help from the Holy Grail Steak company (HGS). (Be sure to use code: BARBECUEBIBLE for a 20% discount if you are interested in this.)

The corned beef I received from HGS was three pounds of pleasure and already brined. I wanted to elevate the Reuben sandwich to a new level, so I decided to smoke and then braise the corned beef. I also added my Irish influence on the Reuben. 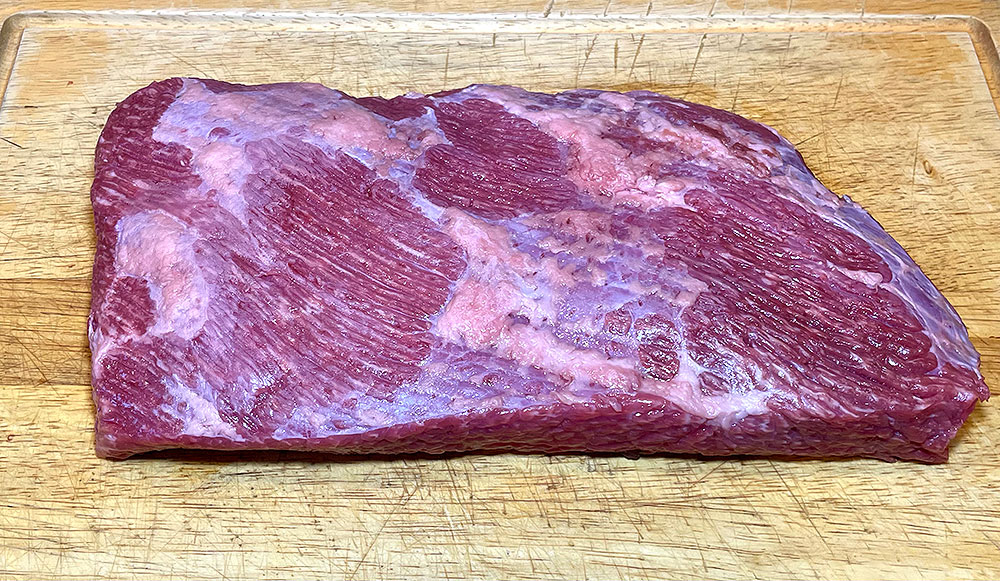 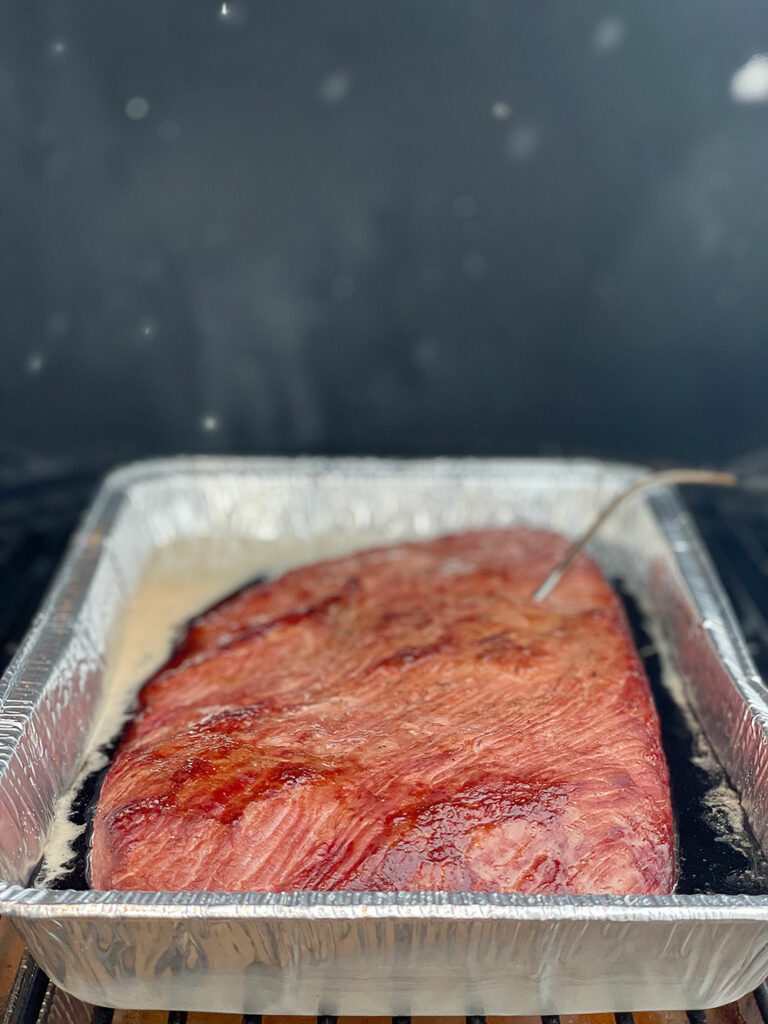 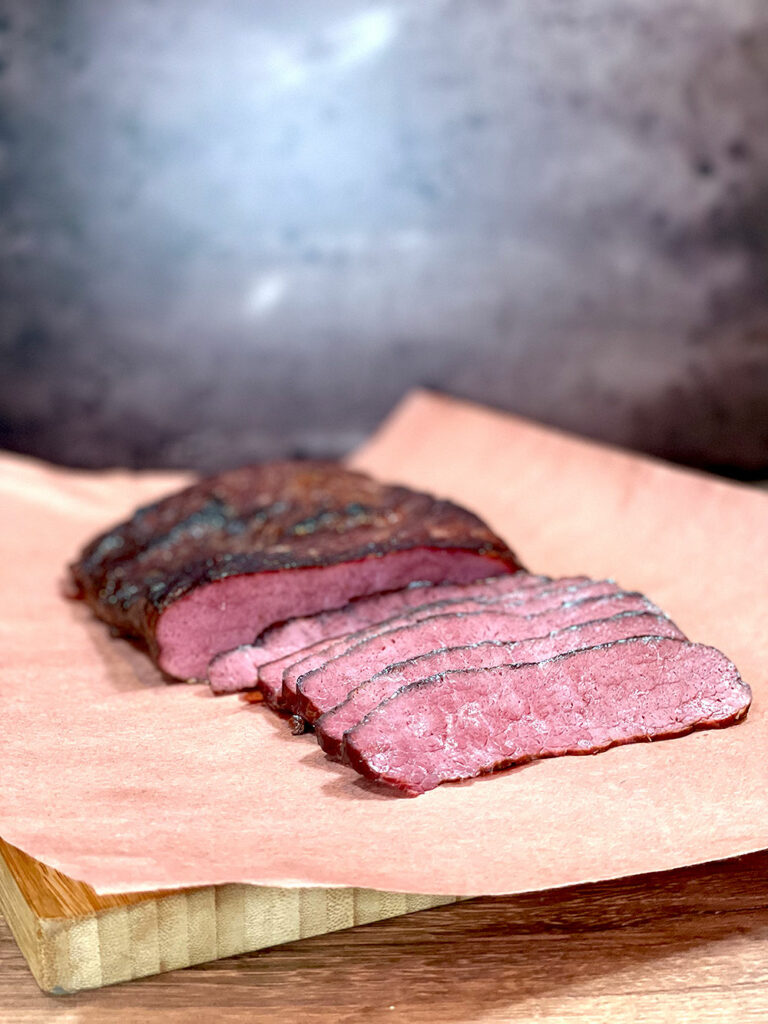 Next, I set-up my grill for direct grilling and heated it to medium-high heat. I brushed the grill grates clean and oiled them with a folded paper towel.

While the grilled heated up I prepared the sandwiches. I used Irish butter to butter the outside of the rye bread and started to build the sandwiches. I placed the corned beef on the bottom, topped it with an Irish cheddar cheese, sauerkraut, dill pickle chips, and home-made Reuben dressing. I used Steven’s Double-Down Rubin recipe from Man Made Meals as my guide to make the sandwiches. 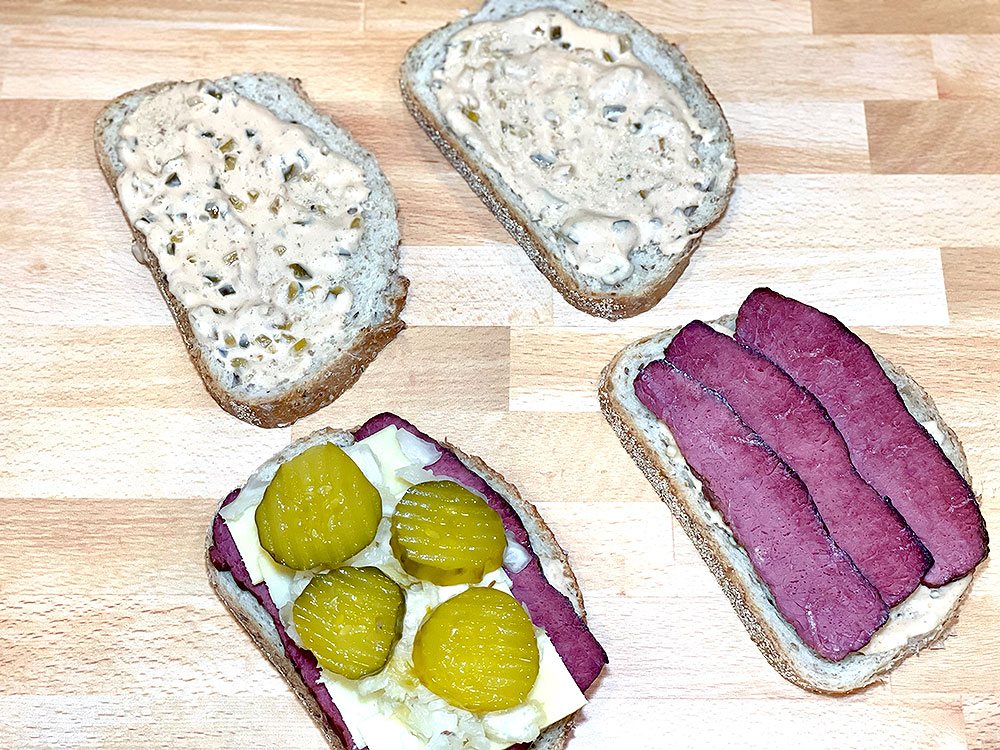 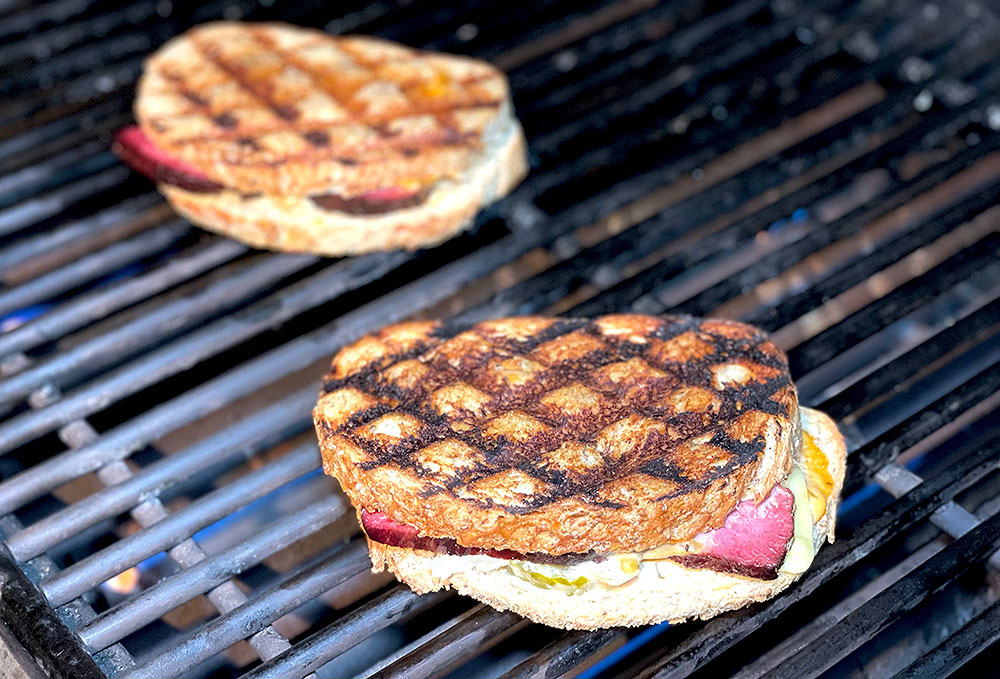 I sliced the sandwiches, and it was time to dig in. The bread was crusty and contrasted with the tender and smoky corned beef and the creamy dressing. The sauerkraut was fresh and crunchy and added a balance of texture. The corned beef was tender, salty, and smoky. I liked the zing the pickles added to the sandwich. The Irish cheddar cheese holds it all together. 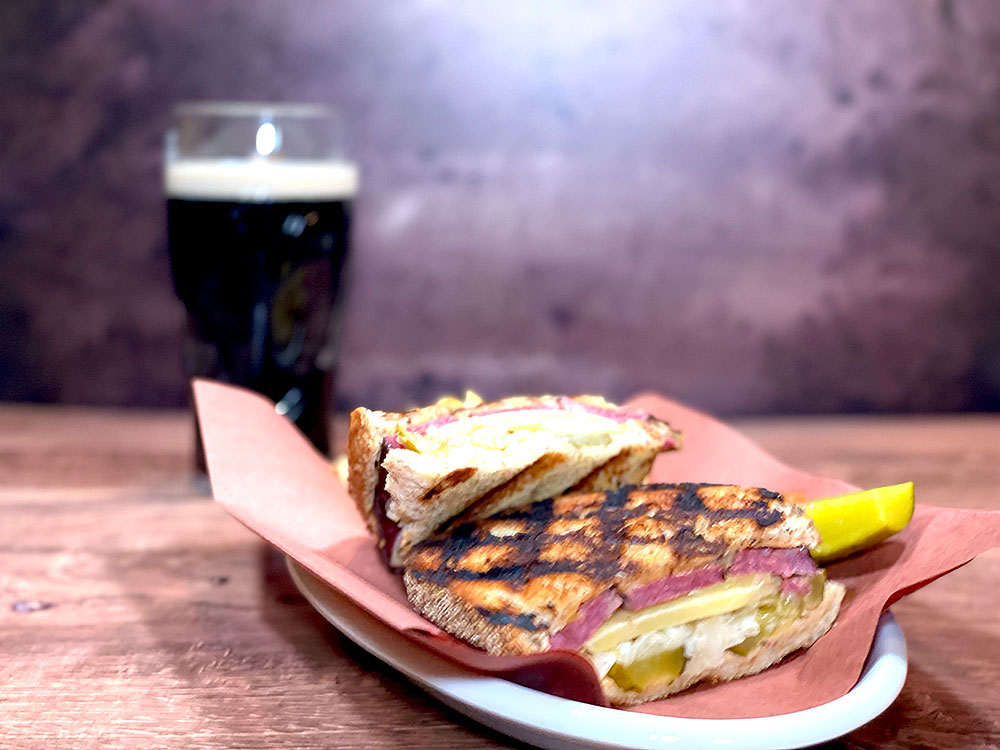