The Amazing Women of ‘Que 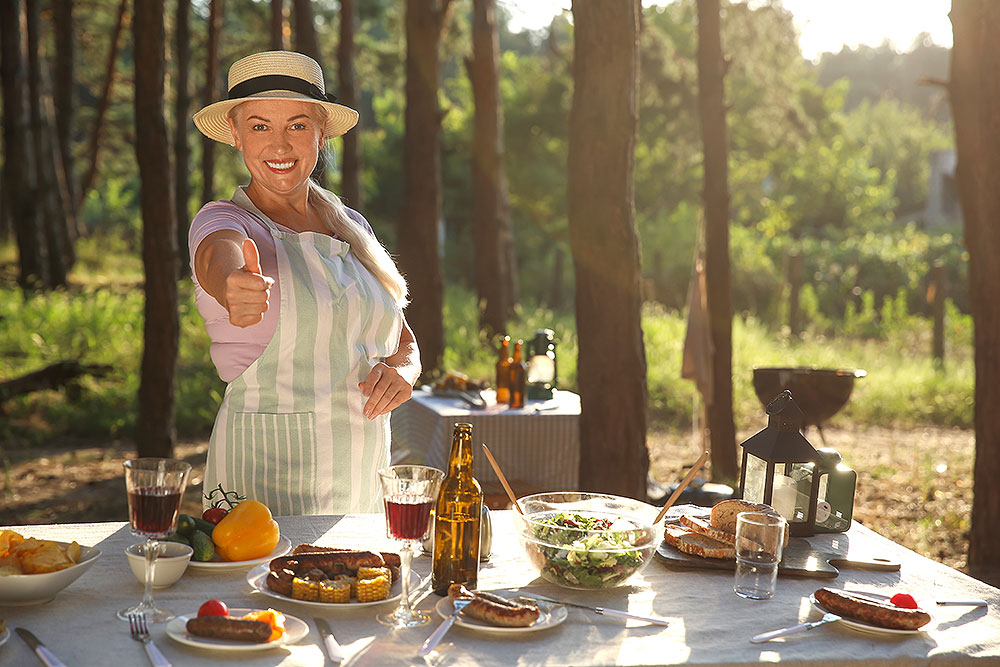 I’m among the first to take mild offense when the word “woman” or “female” is used as a prefix to an occupation. Like female soldier. Woman pilot. Female firefighter. And yet, I am in a profession that is admittedly dominated by males. Which motivates me to share with you during Womens’ History Month profiles of some of the incredible women of barbecue who have inspired and influenced me.

First of all, I’d like to tip my fedora to all the women throughout the world who mastered live-fire cooking in their fireplaces or in fire pits. I cannot imagine producing meals for families each day under such primitive circumstances. Starting and banking the fire. Controlling the heat. In some parts of the world, of course, cooking is still done this way. The closest I have come to imitating this method of live-fire cooking has been camp cooking.

But I digress. Below are profiles of women who have made names for themselves in barbecue.

The Women of Barbecue 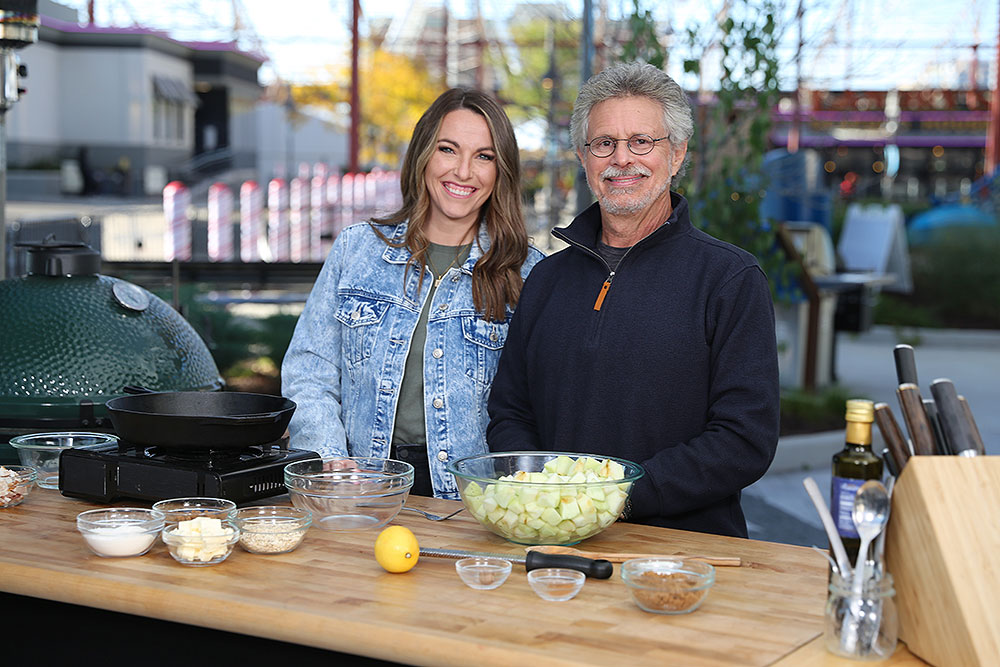 I have personally known popular internet influencer and Salt Lake City resident Susie Bulloch for several years. We were both part of a small culinary team at Traeger Pellet Grills. (Susie joined Steven on the set of Project Fire, Season 4, and shared her recipe for a bacon-inflected apple crisp. It will air soon! Don’t miss this one.) When Traeger was sold, Susie, a young and vivacious mother of three, smartly created in 2015 a website and video library under the name HeyGrillHey. Today, she has millions of visitors a year, and has been featured on the Food Network and cooked turkeys with Shaq! Always the family cook, she moved the show outdoors and has never looked back. She believes women bring creativity to grilling, and a fearlessness to try new things. Soon, Susie will roll out a cooking school for the benefit of anyone who wants to learn more about barbecue. 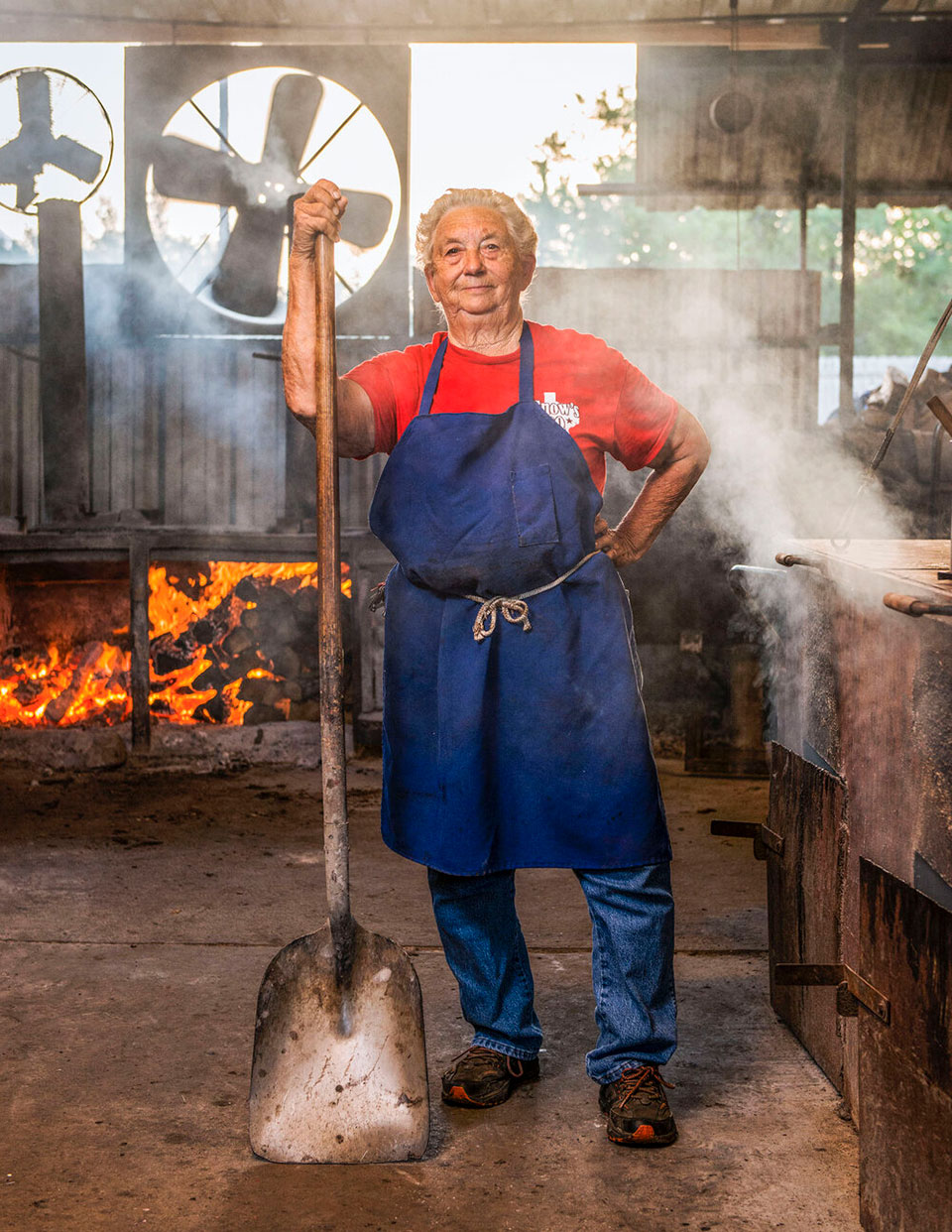 Norma Frances Tomanetz—“Tootsie” to barbecue enthusiasts—starts her workday at 2 a.m. In her mid-eighties, this dynamo is not only the revered pit mistress of Snow’s BBQ in Lexington, Texas, but she works as a janitor/groundskeeper at nearby Giddings High School. For more than fifty years, Tootsie has been putting wood smoke to meat. You best believe she knows her stuff. From 1976 to 1996, she and her husband, White, ran the City Meat Market in Lexington. Whatever meats were unsold by the end of the week were turned into barbecue on Saturdays. According to Tootsie, fire management is one of the most important skills a pit master can learn. Does she have any secrets? “There is no secret,” she says. “It just takes patience and hard work.” Though she admits, “A lot depends on the weather, the humidity, and the dew point. And God decides that.” 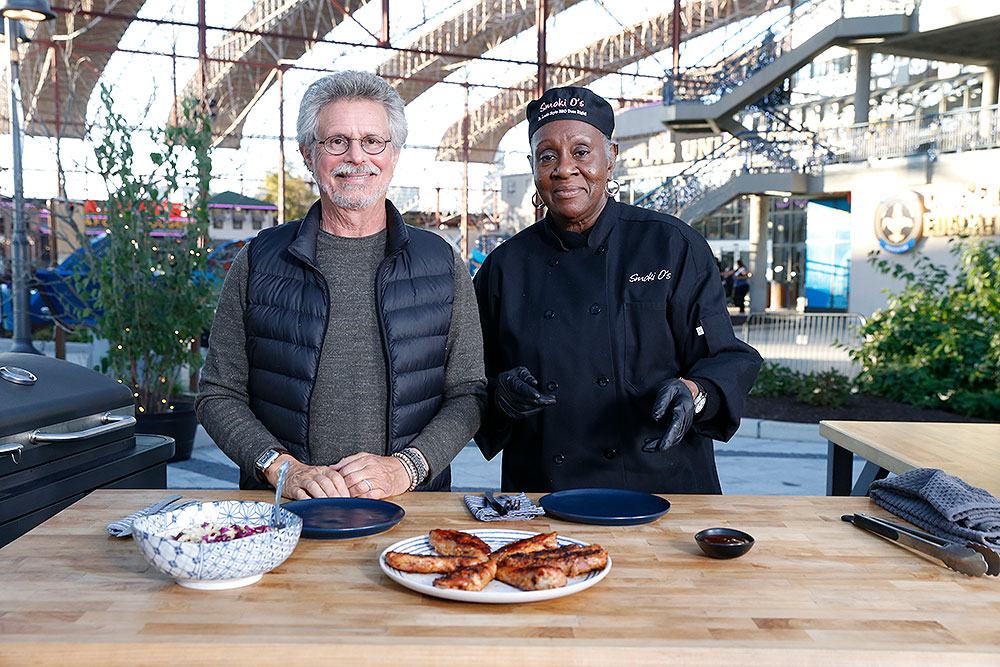 With her husband, Otis, Earline Walker founded Smoki O’s in St. Louis, Missouri. Famous for pig “snoots” and “turkey ribs,” Earline, trained in healthcare, promised Otis one year of her time when he wanted to establish a barbecue restaurant. At the time, he took over the grilling, and Earline did everything else. That was more than 25 years ago. Though

they had to close their business last fall due to pandemic-related issues, this success-driven couple, now in their seventies, are embarking on a new chapter in their lives: they’re going to produce their popular “snoots,” barbecue sauces, and dog cookies for online sale. (New York celebrity chef Danny Meyer buys the latter for his pup.) Watch Earline prepare her famous “turkey ribs” on Episode 408, Barbecue Takes Flight, coming soon to American Public Television.

You won’t see her admonishing Steven on air for not wearing an apron. But it happened. Earline speaks her mind! And she thinks cleanliness is something women bring to barbecue. 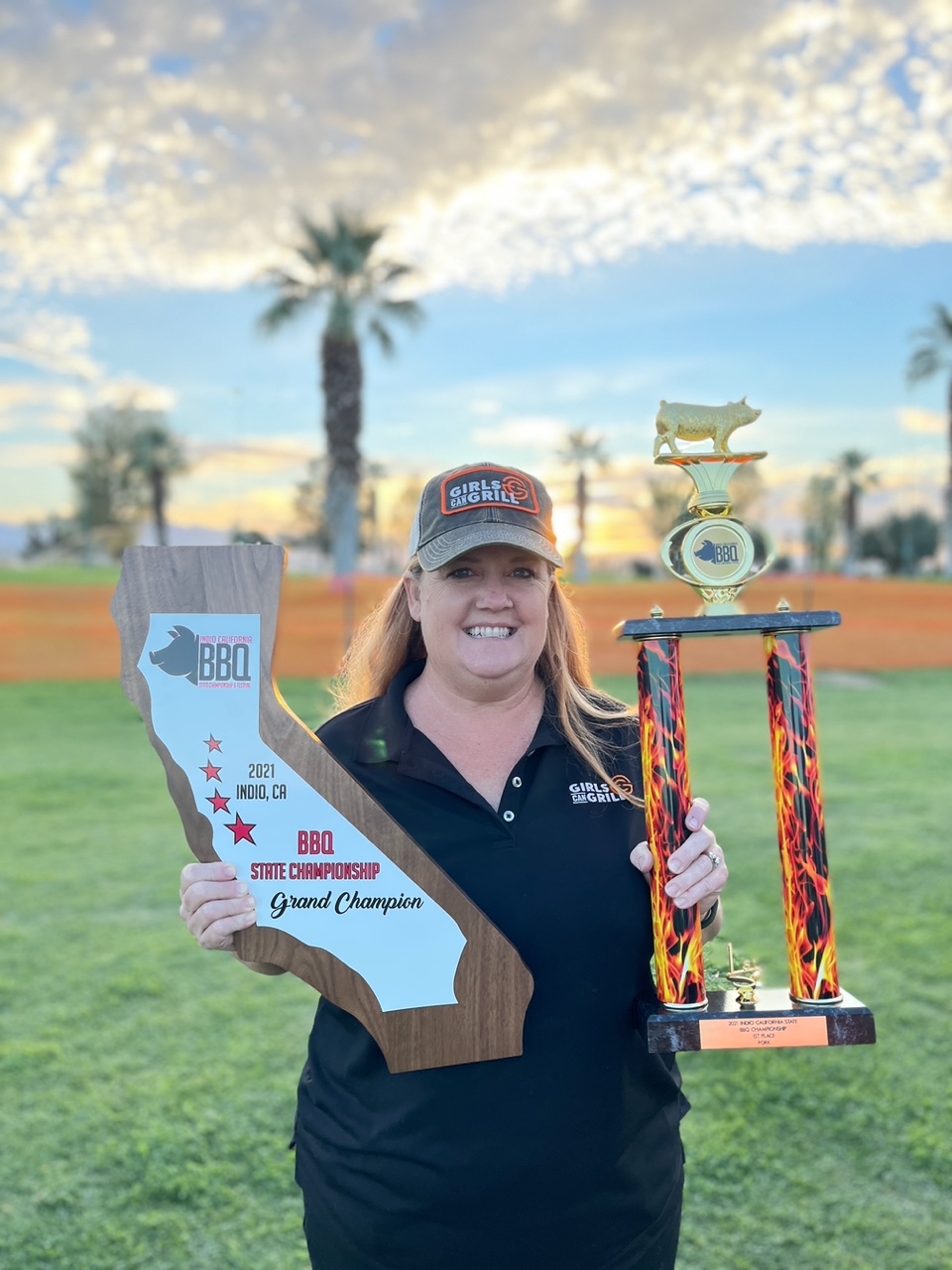 How can you not like a girl who greets visitors to her website, girlscangrill.com, with this: HI. I’M CHRISTIE VANOVER, THE GIRL WHO IS FOREVER HOVERING OVER A GRILL, SMOKER OR CAMPFIRE WITH TONGS IN ONE HAND AND A GLASS OF WINE IN THE OTHER. World traveler Christie credits Steven with introducing her to grilling. Today, she is a well-respected Kansas City Barbecue Society judge, and has judged prestigious contests like Memphis in May and the jack Daniel’s World Championship Invitational Barbecue. Find her website here: https://girlscangrill.com/christie-vanover/.