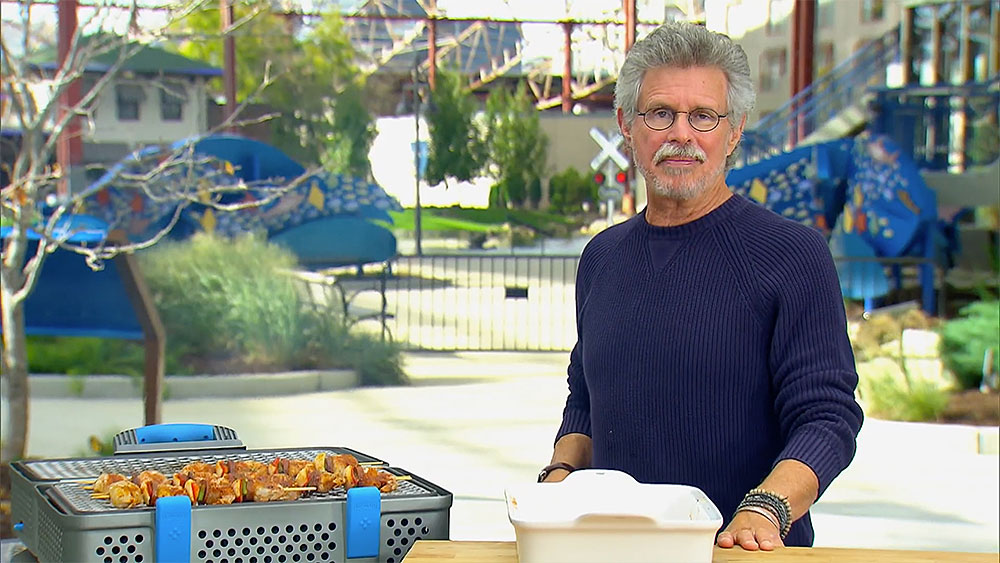 One of the latest additions to our stable of grills on the set of my TV show, Project Fire (now airing on American Public Television), is the handsome NOMAD Grill. This bad boy made its debut during Episode 406, entitled “Water Meets Fire.” (The grill will appear in future episodes as well.)

Three years in the making, the NOMAD was the brainchild of Dallas residents John Veatch and Cam Leggett. The entrepreneurial duo was frustrated by the “quasi-disposable” portable grills on the market and opted to “build a better mousetrap”, as the idiom attributed to Ralph Waldo Emerson begins.

The grill is aptly named; its portability is one of many of its fine features. Live-fire enthusiasts who like to move their grilling game out of the back yard—whether to the beach, a sporting event, or a cabin in the woods—will appreciate the ingenuity that went into the NOMAD’s design and construction.

Resembling a rugged take-no-prisoners briefcase, the grill is constructed of military-grade materials like aircraft aluminum. The grate itself is cast in a honeycomb pattern, one of the sturdiest configurations in nature. A number of innovations keep the shell of the NOMAD relatively cool—meaning it can safely rest on something as combustible as a wooden table. (We did not attempt that on the set of Project Fire.) 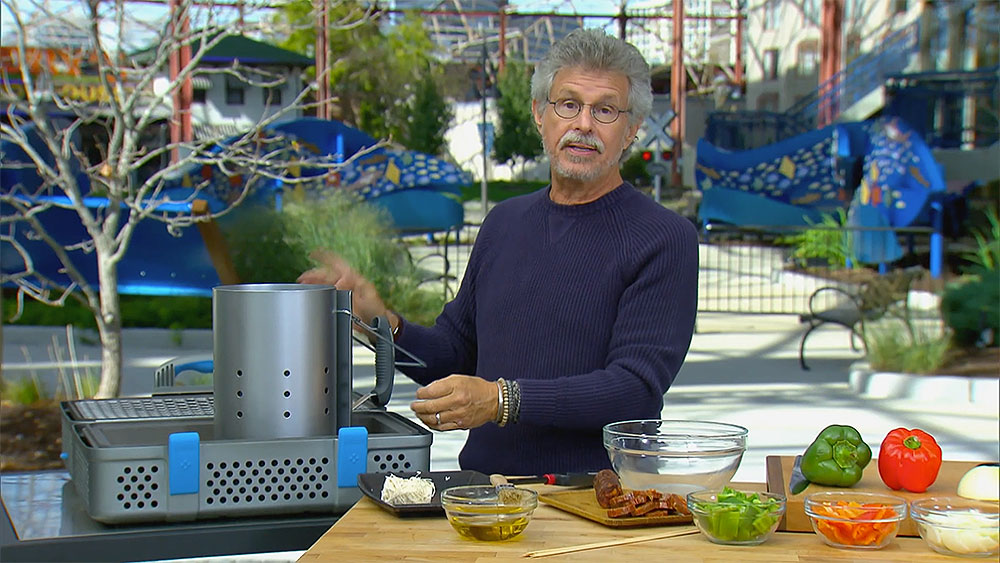 While the NOMAD comes with one grill grate, a second one can be purchased which expands the cooking area to 425 inches—enough for at least two dozen burgers or four racks of spare ribs. The two fire boxes, I discovered, each hold a chimney’s worth of charcoal. You can use your favorite brand of natural lump charcoal or briquets. But the company recently introduced its own charcoal, which reminds me in shape and burn time of Japanese binchotan. As it turns out, NOMAD’s charcoal is made from compressed Thai fruitwoods. 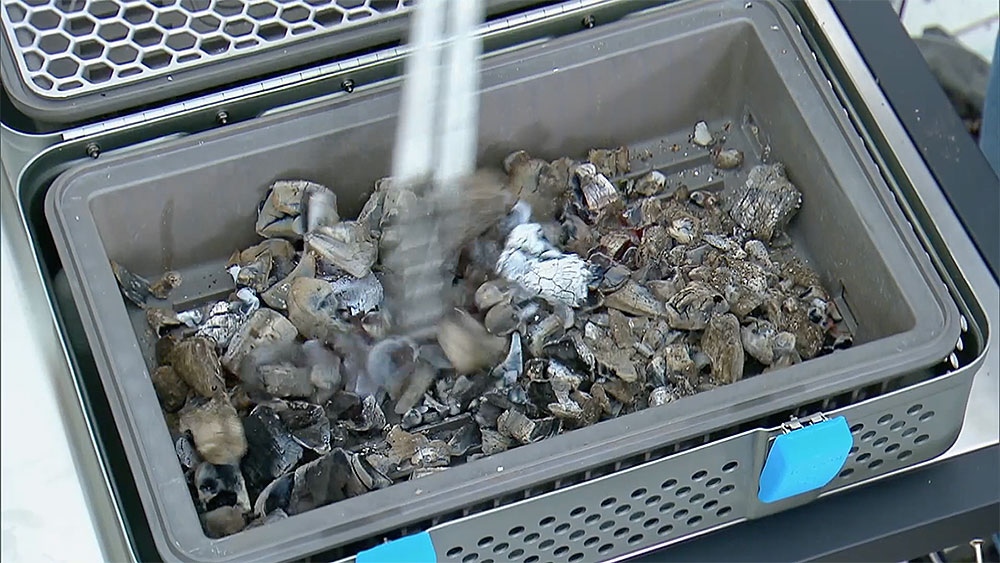 Strong magnets keep any moving parts, such as vents for controlling temperature, in place.

The grill’s substantial build might imply that it’s exceedingly heavy. (I’ve owned “portable” grills that weighed an arm-stretching 50 pounds.) Not so. At only 28 pounds, the NOMAD is surprisingly lightweight. A thoughtfully-designed handle makes it more comfortable to carry than a six-pack.

My first time using the NOMAD was to make Catalan Grilled Shrimp Kebabs, or as I like to call them (and do on the show), Shrimp Pintxos. Pronounced “pin-chos,” these Spanish-inspired kebabs are one of my favorite iterations of surf and turf combos. The “surf” comes from shrimp, and the “turf” is represented by rounds off cured chorizo sausage. Squares of red and green peppers, onion wedges, and because—why not?—padron peppers give the meal texture and color. Saffron alioli accompanies the pintxos. 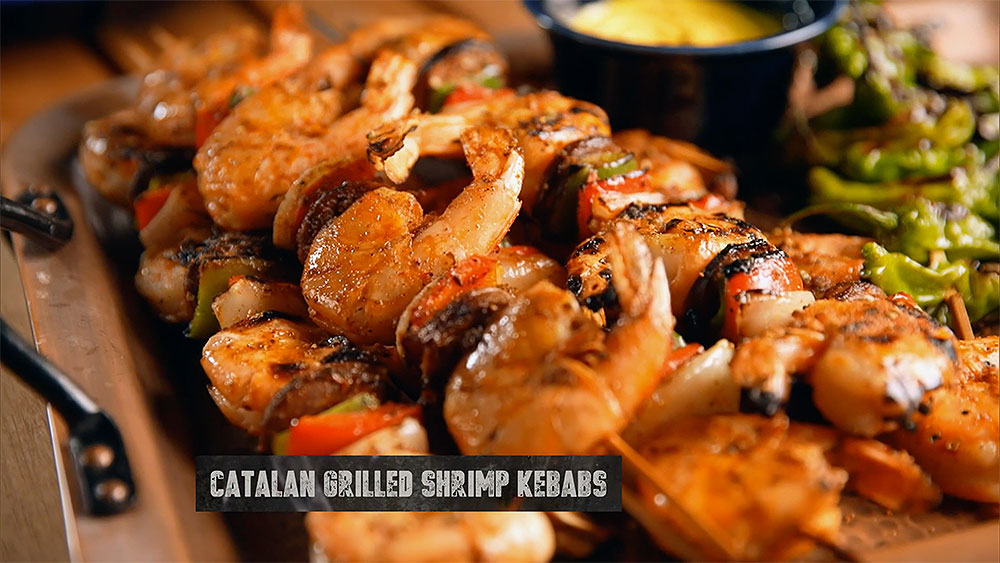 Not only do I share some of my tricks in the segment—like how to grill the most succulent shrimp, keep foods from spinning on skewers, and how to “bloom” saffron—but you’ll get what might be your first look at the NOMAD, which was definitely an attention getter on Project Fire when the crew saw it arrive.

FYI, NOMAD is currently running a Father’s Day special you might want to check out. You can save up to $160 on a package that includes the grill (with either its signature blue or black exterior hardware), an 8-inch chef’s knife, and a grill tool set. 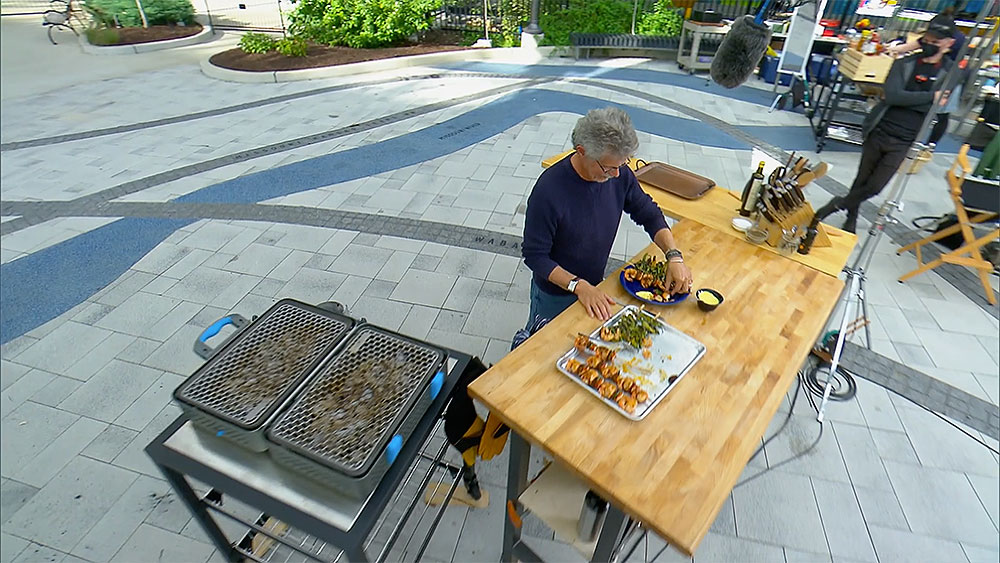 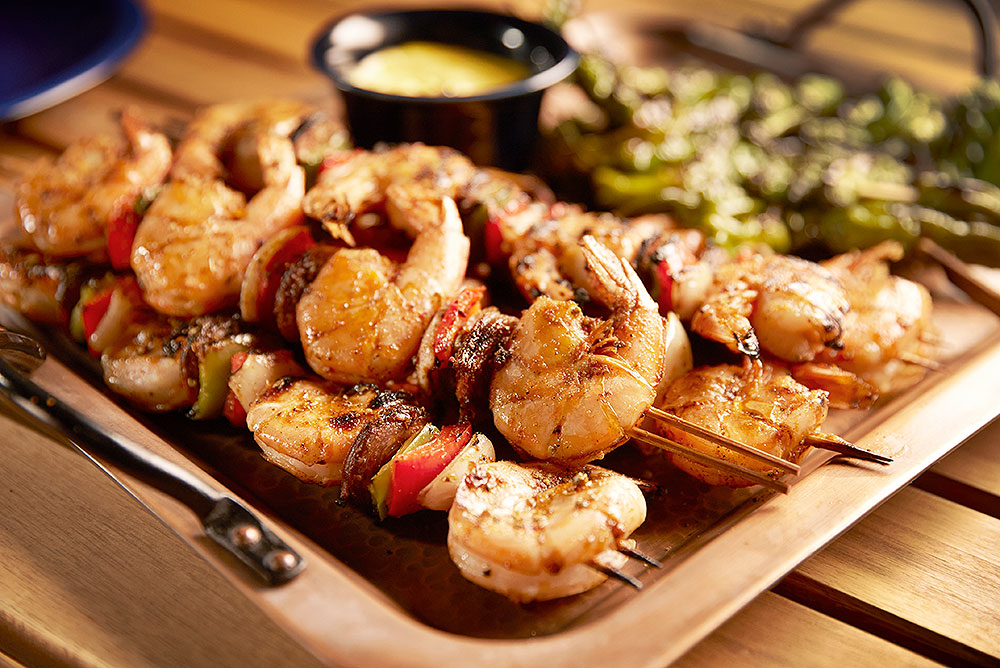