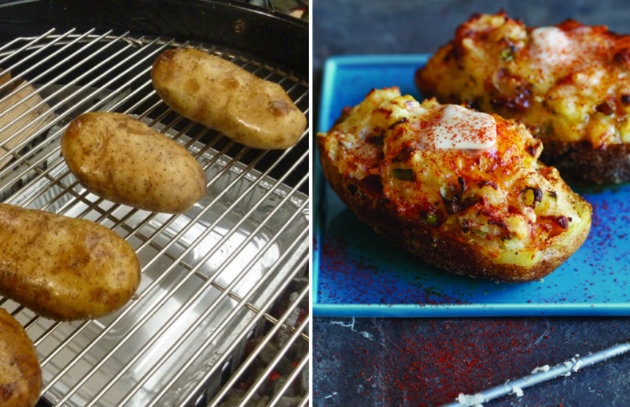 Then the hickory-smoked potato soup—tarted up with buttermilk and sherry vinegar—at Mintwood Place in Washington, D.C.

And who could forget the smoked mashed potatoes at Wiley Dufresne’s iconoclastic eatery, WD-50 on New York’s Lower East Side?

Call it the latest outbreak of a smoke fever sweeping a nation hungry for barbecue that goes beyond meat.

Or call it the next big thing for one of the New World’s great vegetable gifts to Planet Barbecue: potatoes hit the grill.

Get the Quadruple Smoked Potatoes recipe.

Not that any of this comes as a surprise to members of this barbecue community. No, we’ve been smoking and grilling potatoes for decades.

What is it about spuds that makes them so irresistible for grilling?

February is National Potato Month. It’s not too late to celebrate. To get you started, here’s a smoke-roasted stuffed baked potato. In future blog posts, we’ll show you other cool ways potatoes hit the grill.