Wagyu and Kobe Beef: Cutting Through the Udder Confusion 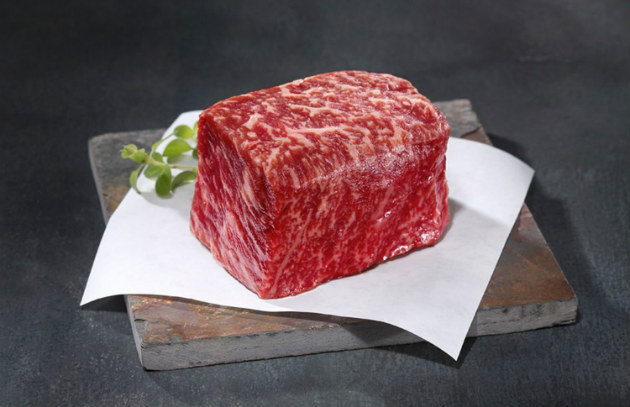 Unless you’ve been in a food coma for many years, you’ve likely heard of Kobe, the ultra-premium beef named after the capital city in Japan’s Hyogo prefecture.

Kobe beef is renowned for its outrageous tracery of white intramuscular fat (called shimofuri, or “beautiful snow”), unctuous, buttery texture, and complex umami flavors. When raw, it resembles nothing so much as a red or pink tablecloth overlaid with delicate white lace. Adding to its mystique are those rumors, largely unfounded, producers say, of sake massages and diets supplemented with beer.

If you’re one of the privileged few who has eaten genuine Kobe beef from the Tajima-gyu breed (NBA player Kobe Bryant’s parents famously named him after the delicacy), you’ll probably never forget the experience. You’ll remember how it literally—not metaphorically—melted in your mouth, its rich beefiness sending you into throes of carnivorous bliss.

Unfortunately, many people only think they have tasted Kobe beef. It’s very difficult to get, even in Japan, as it comprises only .06 percent of the country’s supply of edible beef. The truth is, for the majority of the past 15 years (2001 to 2006 and 2010 to 2013) zero Kobe beef—not a mignon—was exported from Japan to the U.S. due to concerns over mad cow disease.

Even now, according to Larry Olmsted, a Barbecue University alumnus who wrote several articles on the subject for Forbes, only a miniscule amount of this shockingly expensive meat (a pound can cost $250 or more) ever makes its way to American shores. Most goes to distributors and high-profile restaurants.

But there’s good news, too.

In the mid-1970s, four Wagyu bulls (the word Wagyu simply means “Japanese cow”) were gifted to a Hawaiian by the Japanese Emperor and mated with U.S.-bred Angus cows, the beginning of a new bovine gene pool. One of the pioneers in this endeavor was Snake River Farms (SRF) of Boise, Idaho.

This family-owned company, founded in 1968, strategically adopted the best features of Japanese animal husbandry and combined them with the ingenuity and experience of Western cattle ranchers.

Their herds, which take four times longer than commodity cattle to bring to market, are pastured for the first year, then raised on hormone- and antibiotic-free Idaho potatoes, corn, alfalfa hay, and soft white wheat. (No word on whether the cattle kick back with a beer in the afternoons while enjoying a massage. In Japan, beer has sometimes been used as an appetite stimulant in the dog days of summer. And the massages, when they happen, are intended to loosen stiff joints or give luster to the coats of market-bound animals.)

To respect the heritage and carefully cultivated image of authentic Japanese Kobe beef, Snake River Farms refers to its beef products as American Wagyu or Kobe-Style American Beef. That way, domestic meat cannot be confused with its Japanese counterpart. (It’s a deception some unscrupulous producers, distributors, and restaurateurs take advantage of as there are no laws in the U.S. prohibiting the use of the term Kobe. So your neighborhood burger joint is free to label its sliders “Kobe” without fear of reprisal.)

Positioning its products in the spectrum of premium beef has been one of the company’s challenges. The term “prime,” as it turns out, doesn’t do American Wagyu beef justice.

Only about 3 percent of beef carcasses meet the highest USDA standard for prime, the top grade of meat sold to the public in the U.S. The grading system is primarily based on marbling. (Although other factors come into play, too.) A prime steak might contain 8 to 11 percent fat.

The Japanese grading system is more finely calibrated and assigns Beef Marble Scores (BMS) to the carcasses on a scale of 3 to 12. To score a 3, for example, a minimum of 21 percent intramuscular fat is required.

Snake River Farms has adopted the Japanese scale, and now uniquely offers what they call their “Gold Grade”. It features beef with a BMS rating of 9 to 12. There are currently a dozen products in this elite category including filets, strip steaks, brisket, flat iron steaks, etc. They’re pricy, but cost significantly less than Kobe beef from Japan.

The abundant intramuscular fat (it’s mostly monounsaturated—the good kind) is so soft and luscious that it liquefies at 77 degrees. It literally melts in your mouth.

This creates challenges for the cook, of course.

Here’s how I recommend you cook this extraordinarily well-marbled meat: