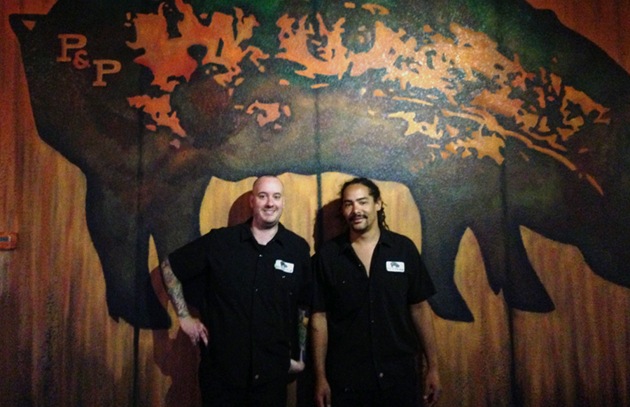 But if you’re waiting for me to complain that barbecue just isn’t what it used to be, guess again. It’s better. A new generation of pit masters, like Tim Rattray in San Antonio or Hugh Mangum in Manhattan, has taken over. Only now, they’re cooking with heritage pork, grass-fed beef, and organic or natural chicken. They respect tradition to a point (consider Aaron Franklin’s textbook brisket). But they’re also broadening our notion of what traditional barbecue is to include lamb and goat, salmon and shrimp (wild when possible), even artichokes, corn, and tofu.

The good old days may be gone. The future looks even better. 2013 was an incredible year for barbecuing and grilling. Here’s my list of top 10 restaurants for 2013.

Just in time for 2014, we’re announcing our new Barbecue! Bible Wiki. The goal is to make it nothing less than the world’s most comprehensive encyclopedia of barbecuing, smoking, and grilling terms. This is a community effort so we need your help. Add to the lexicon with your own barbecue and grilling knowledge.

The Coolest Grills to Try