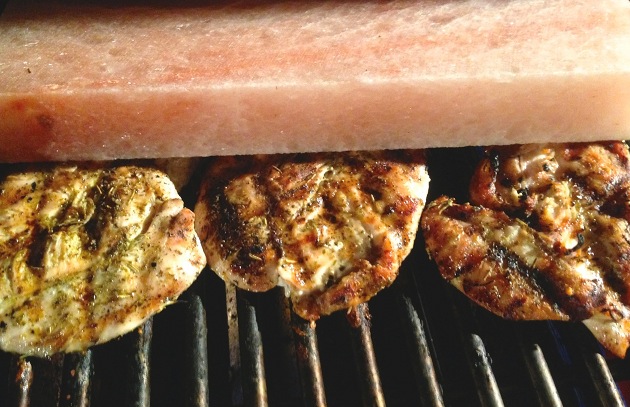 Yeah, I know. As a food writer, I’m supposed to bash chicken breasts. So when it comes to the dark meat versus white debate, almost invariably I bang the drum for dark. Dark meat has more fat, which gives it more flavor and makes it less likely to dry out on the grill. Oh, and it’s a lot more economical that breast meat. Which is why, as you travel the world’s barbecue trail, nine grill masters out of ten prefer dark meat.

Call me an iconoclast, but I actually like to grill chicken breasts. Not always, but often. I appreciate their neutrality—a blank canvas, as it were, on which to impose the flavors from the world’s most vibrant food cultures. I also like the convenience—especially after a busy day. You can season, grill, and serve a chicken breast in less time than it takes to preheat the grill.

The challenge is this: How do you grill chicken breasts without drying them out? Direct grilling, of course, is inherently a dry cooking method. It intensifies flavor, but it also tends to desiccate leaner proteins.

But grilled chicken breasts don’t have to be dry. Over the years, I’ve developed five strategies guaranteed to keep your chicken breast moist, however hot your fire.

Ready to make the juiciest chicken breasts? Try these recipes: