Go Wild on Fat Tuesday with Wings, Shrimp, and Much More! 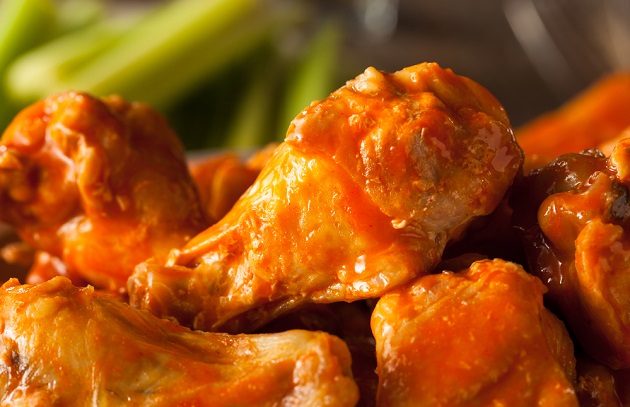 Today is Mardi Gras, better known as “Fat Tuesday.” It’s the last hurrah for observant Christians, who beginning tomorrow, will start a 46-day period of fasting leading up to Easter Sunday. (Loosely translated, Carnival, from the Latin carne vale, means “farewell to meat.”)

There was once a practical as well as a liturgical purpose behind Lent. Peasants couldn’t afford to overwinter their animals, so there was generally an ample supply of meat for months after the fall slaughter. The gluttony of Carnival in late winter gave butchers an opportunity to clean out their dwindling (likely rotting!) inventory. They closed their shops after Shrove Tuesday and traveled to the countryside to replenish their livestock.

In the U.S., New Orleans is the epicenter of Mardi Gras revelry (some would say debauchery). Traditional holiday foods—and Mardi Gras has been a legal holiday in Louisiana since 1875—include jambalaya, red beans and rice, fried oysters, crawfish étouffée, po’ boys, and muffuletta sandwiches, among others. And almost none of them grilled, smoked, or barbecued! Even New Orleans’ deceptively-named “barbecued shrimp” is sautéed on the stovetop.

Let’s correct this lame state of affairs by firing up our grills and smokers on “Fat Tuesday.” Take a look at this menu: