A Toast to Grilling and St. Patrick 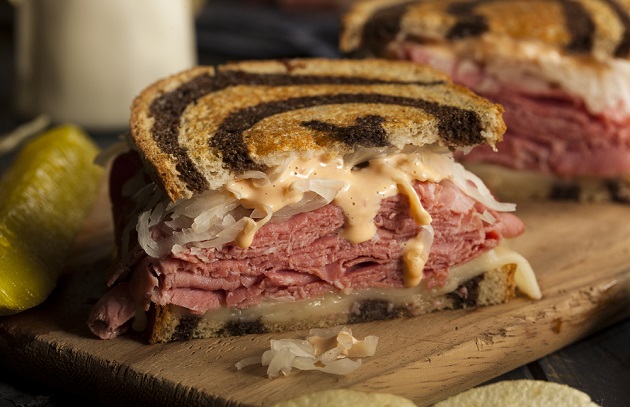 Perhaps you’re neither Irish nor Catholic. Maybe you hate Notre Dame football. There’s still no harm in celebrating on Saturday, March 17, the name day of St. Patrick, the 5th century British cleric who was enslaved as a teen by Irish pirates and returned to the island as an adult. Perhaps you’ve heard that he single-handedly drove Ireland’s snakes into the sea. Not true. Ireland does not now, nor has it ever hosted native species of snakes.

Not even corned beef is Irish. Unable to find the cut of meat they were accustomed to using, Irish immigrants to America appropriated the brisket being cured as pastrami and corned beef in Lower East Side delis. 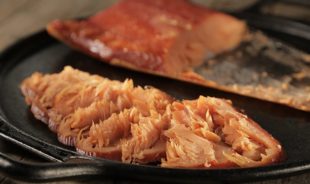 If you’re interested in curing your own corned beef brisket—something Steven and I highly recommend—you have just enough time to brine the meat; it takes about three days. Then you can enjoy a proper Reuben sandwich (grill it on a plancha or in a cast iron skillet) with your green beer.

Of course, there are alternatives. For example, some of the best salmon in the Atlantic comes from Ireland where the season lasts from January through October. You could cure it in Irish whisky before cold-smoking it. Or you could plank it with a mustard-based glaze, one of our favorite preparations. 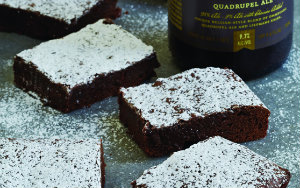 Side dishes might include barbecued cabbage, which first appeared in Steven’s book How to Grill (Workman, 2001), smoked potato salad, and even brownies made with beer. (Substitute Guinness or another stout for the Belgian brew called for in the recipe.)

From all of us, For each petal on the shamrock
This brings a wish your way–
Good health, good luck, and happiness
For today and every day.