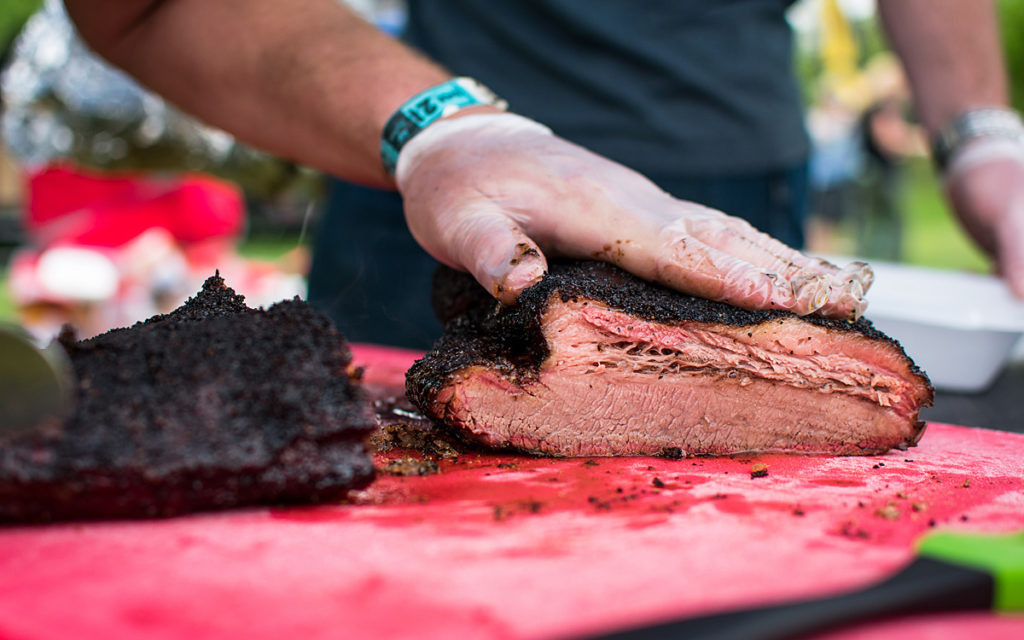 A few weeks ago, we published a short glossary of barbecue terms every self-respecting pit master should know. The response was overwhelming! Continue to expand your smoke and fire vocabulary with the following words and phrases.

Barbecue and Grilling Glossary for Beginners 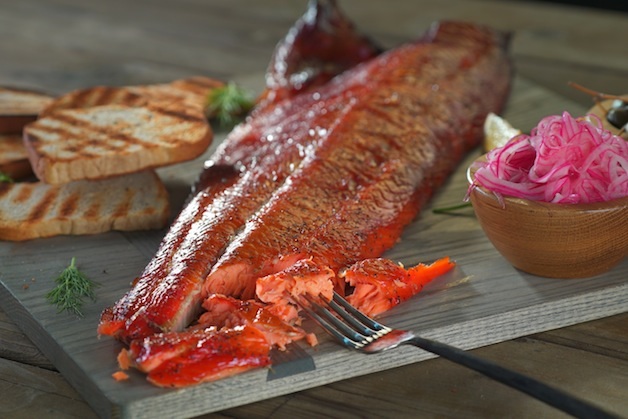 No, we’re not talking about the distinctive-looking smoke that rolls from your car’s exhaust when its engine’s burning oil. We’re talking about the holy grail of true barbecue—that thin, gossamer smoke that exits your grill or smoker when the fire’s perfect, the wood is well-seasoned, and your smoker or grill vents allow the optimum amount of airflow. Avoid exposing food to the thick, white, billowy smoke that can give food an acrid flavor. (Yes, there is a thing as too much smoke.)

Get the Recipe: Maple-Cured And Smoked Salmon

Practiced by mankind since prehistoric times, curing refers to the process of slowing the decomposition of fresh foods, especially meat and seafood, through the use of salt, smoke, dehydration, or all three. (Country-style hams or jerky are good examples.) Since the 19th century, nitrates and nitrites have been added to the formula and have significantly reduced deaths from botulism. Cures can be wet (brines) or dry (rubs).

Get the Recipe: Sriracha Beef Jerky 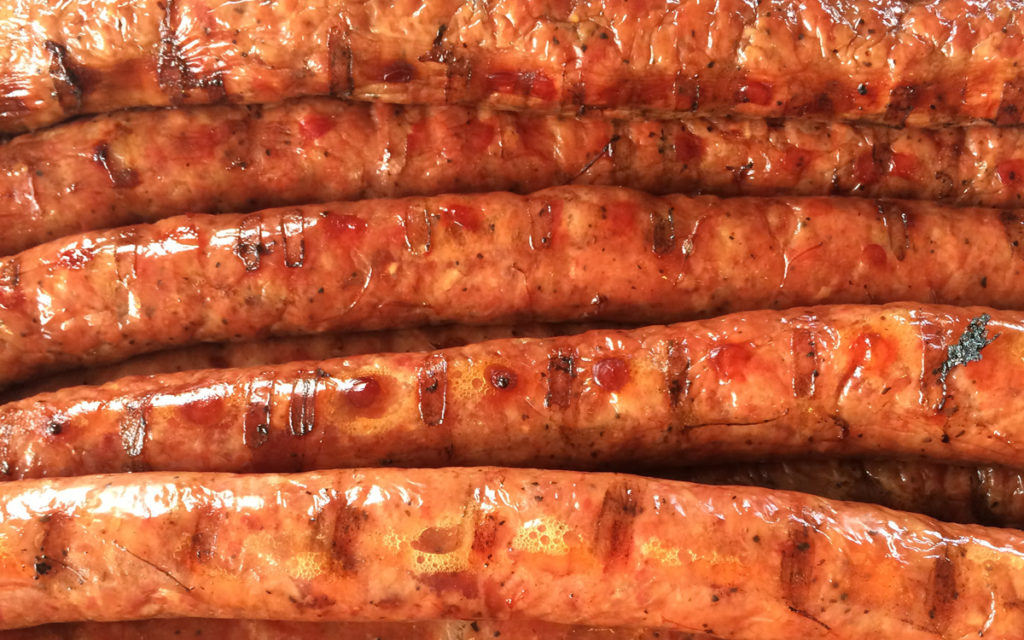 Also known as Texas hot links, these graphically-named sausages originated in the Elgin/Austin areas of the Lone Star State. Ground meat and spices are stuffed into natural casings (intestines)—thus the “guts” affiliation) and hot-smoked. 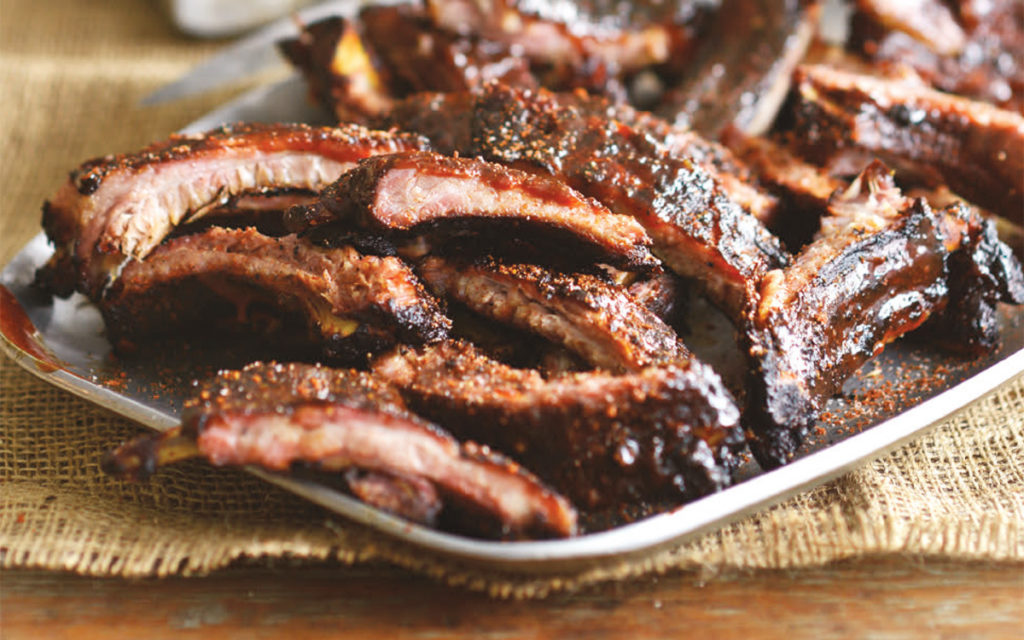 When you cook racks of ribs for the family, you likely slice through the middle of the meat that separates each bone. But some competition barbecuers create wide, meaty bones by cutting as close as they can to the bones on either side of the “feature” bone. They may barbecue many racks to get the perfect bones for their turn-in boxes.

Get the Recipe: Righteous Ribs

This is a term used on the competition barbecue circuit to describe the practice of trying to learn winning pitmasters’ secret tricks, recipes, or techniques. Here on the barbecuebible.com website, we share openly! No need to sneak around.

Cavemanning is a term Steven has championed over the years in his books and on his TV shows. It refers to cooking food directly in/on a bed of mature embers. Good candidates for the technique, which is described in detail in Project Fire, include thick steaks and chops, sweet corn, onions, eggplant, cabbage, peppers and chiles, sweet potatoes, and even homemade flatbreads.

Get the Recipe: Caveman T-Bones With Hellfire Hot Sauce

We’re sure you’re thinking the obvious. But “burping” is a technique employed by owners of kamado-style cookers like the Big Green Egg. Once the cooker is hot, raise the lid by just a little bit to release some of the build-up of hot air. Repeat once or twice more. This will prevent a potentially-dangerous flashback of heat and fire. (For more performance-enhancing techniques to use with your BGE or kamado-style cooker, click here.)

Perhaps you’ve seen recipes that instruct you to “remove the silverskin” before cooking. Confused? Silverskin (sometimes spelled silver skin) is a tough, silvery-colored sinewy tissue that sheaths some muscles. Much of it is removed during the butchering process, but bits of it often remain on some cuts of meat, especially pork and beef tenderloin. Not only does it not break down during cooking, but it impedes the absorption of spices and smoke. To trim it, run the tip of a sharp paring knife under the silverskin from side to side, then slide the knife toward one end, lifting it as you go. Remove the other side the same way, trying to remove as little meat as possible.

Get the Recipe: Coffee-Crusted Pork Tenderloins With Redeye Barbecue Sauce

This is the term used to describe a method of building a fire in a kettle grill that burns low and slow for hours. Start by laying a row of charcoal briquettes dominoes-style around the periphery of your firebox on the charcoal (lower) grate, ending several inches before you reach the first briquette. Lay a second row of briquettes adjacent to the first, then top each of the two completed rows with another layer of briquettes. (When you finish, you should have a circular line of charcoal that is two briquettes wide and two briquettes deep.) Lay a chunk of hardwood about 5 inches from the snake’s “head.” Distribute more chunks at intervals. To begin the smoke session, arrange a few glowing briquettes on the head of the snake. They will slowly light the other briquettes, finally progressing, after several hours, to the “tail.” Learn other techniques for building long-lasting fires here. 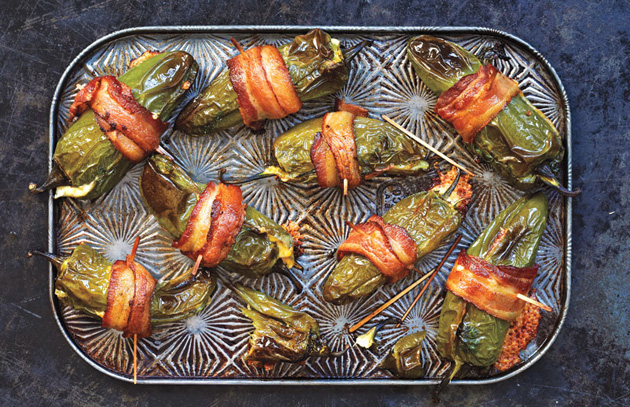 What? You’ve never heard jalapeno poppers called “atomic buffalo turds?” Yep. That’s what the acronym ABT stands for. And “armadillo eggs?” Poppers made the usual way, but encased in sausage like a Scotch egg.

Get the Recipe: Jalapeño Poppers