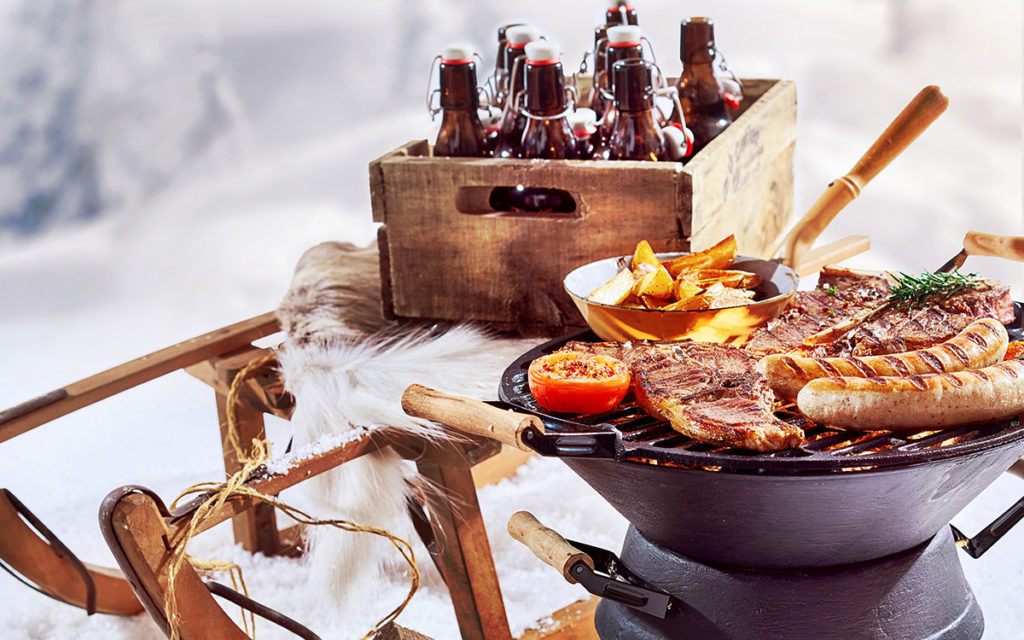 The slopes are the place to be in the wintertime, from Mammoth and Big Bear in Southern California, to Big Sky in Montana, to Stowe, Vermont, and many places in between. Even Mankato, Minnesota, has a ski resort. (Don’t believe me? Google Mount Kato.)

Snowboarding, skating, and sledding are options, of course, as is cross-country skiing. What all these activities have in common is they get you outside and moving. An added advantage is that all are relatively safe to practice while the pandemic is active, being both social and independent pursuits. In other words, it’s easy to maintain safe distances between yourself and your mates.

As a reward for getting off the couch, we propose an outdoor après ski party. Pronounced “ah-pray skee,” it’s a French term for “after ski.” It’s that sweet spot between an afternoon (or day) of invigorating activity and dinner. Or maybe it is dinner. You can interpret it loosely.

In the Swiss Alps, a day shooshing down the mountainside might be celebrated with raclette—essentially, roasted cheese, partially melted near a fire, then scraped onto bread. I was obsessed with raclette when I was a child. I didn’t know the proper name, but was beguiled by this passage in the classic book “Heidi” by Johanna Spyri:

“When the kettle was boiling, the old man put a large piece of cheese on a long iron fork, and held it over the fire, turning it to and fro, till it was golden-brown on all sides. Heidi had watched him eagerly. Suddenly she ran to the cupboard. When her grandfather brought a pot and the toasted cheese to the table, he found it already nicely set with two plates and two knives and the bread in the middle. Heidi had seen the things in the cupboard and knew that they would be needed for the meal.”

As you can imagine, the brick of Velveeta in the family refrigerator fell a bit short of my expectations.

Which is why Steven’s recipe for A New Raclette so intrigued me. It appears here for the first time, but will be featured during a new episode of Project Fire when the show begins airing this spring. (Contact your local public television station to make sure they intend to carry the show.) 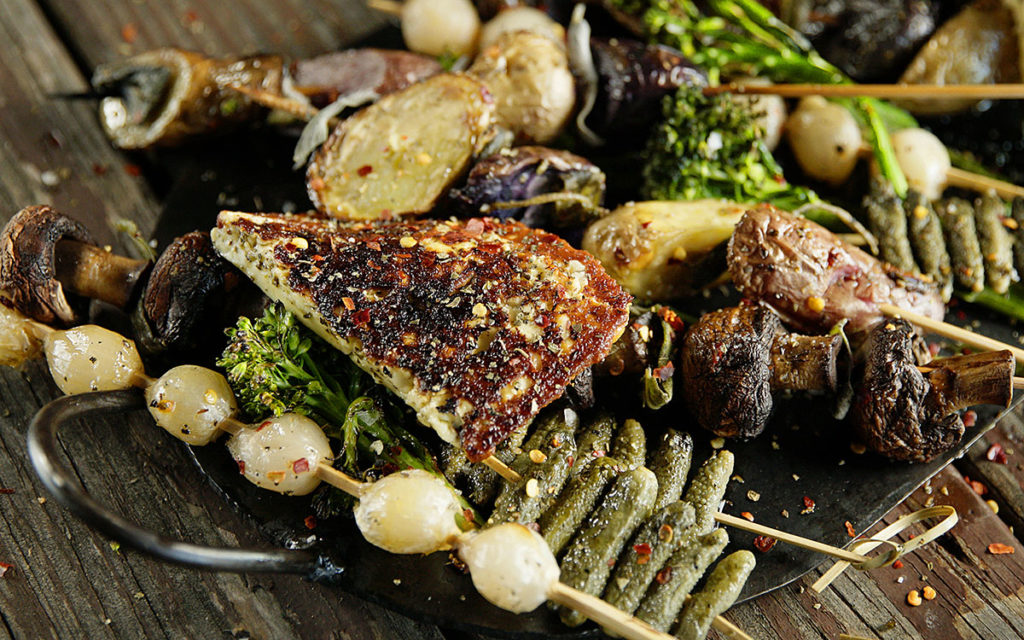 Like the classic raclette, it is served with small potatoes and cornichon (small cucumber pickles), but takes things further. You know Steven! This rendition features a terrific product, Rougette Bonfire Marinated Grilling Cheeses. If you can’t find them, substitute another grilling cheese like halloumi. (For more on cheeses that can be grilled, click here.)

Other main course options for your party could include nachos, brats, kebabs, or anything that cooks fairly quickly and can be eaten easily by potentially mittened guests. A portable campstove/fire pit like this one, which burns propane, wood, or charcoal, ensures you can cook in style. But there are a number of small grills we like, including Weber’s Smoky Joe and Lodge’s Sportsman hibachi.