What to Grill or Smoke in February 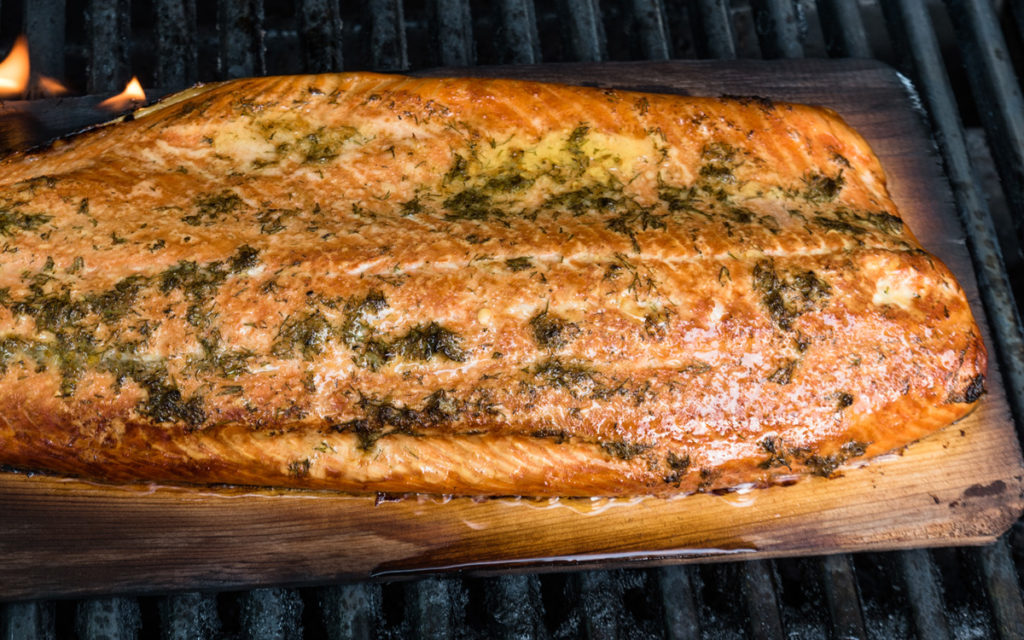 February is seen by many as a month to simply be endured—a penance to pay before late winter yields to spring. But it can be a great food month. Super Bowl Sunday (coming up on the 7th), is the second biggest eating day on the American calendar after Thanksgiving. It’s followed by Valentine’s Day on the 14th, and Mardi Gras, also known as “Fat Tuesday,” two days later. Of course, you don’t need an excuse to clear a path to your grill or smoker and make something wonderful to lift spirits and nurture the soul. Below are some of our favorite February dishes. 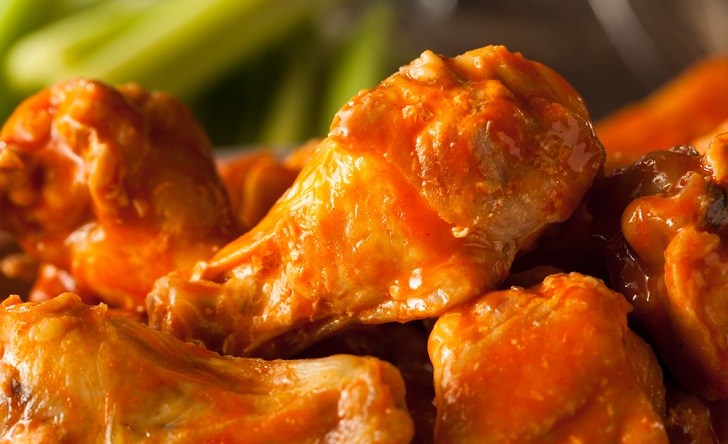 Perfect for Super Bowl Sunday or Mardi Gras, these wings give their Buffalo cousins a run for their money. Their spiciness is cooled by an addictive Cajun Remoulade that we also like with tuna or shrimp. 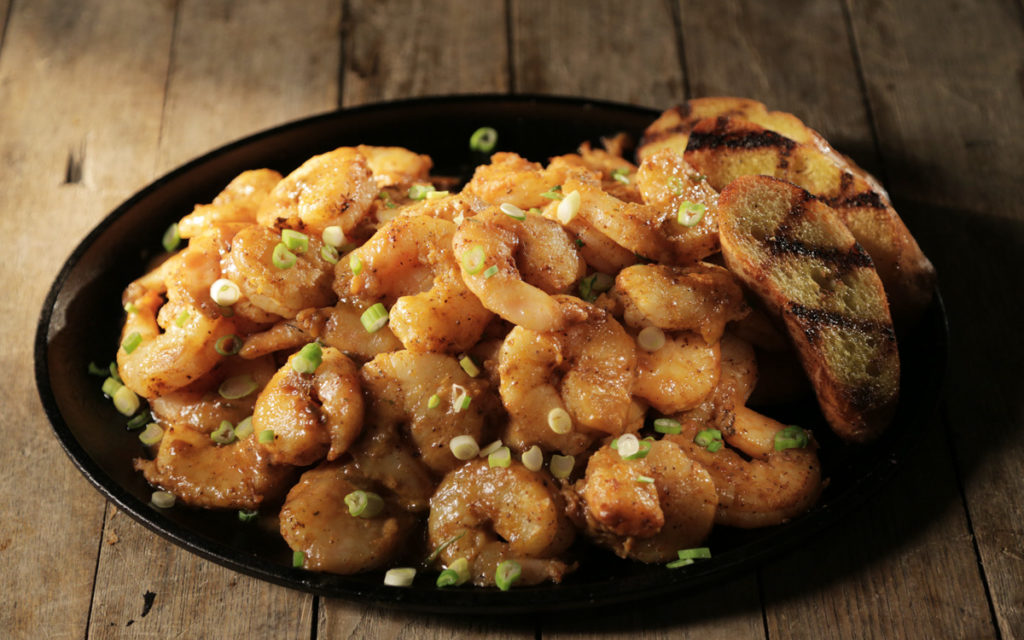 And speaking of shrimp, here’s another recipe that could be a hit at your Mardi Gras-themed meal, or any other time. Seasoned with a Cajun rub and smoked over pecan wood (or you could use almost anything but mesquite), they’re then introduced to a bayou-inspired barbecue sauce featuring bourbon, beer, brown sugar, and plenty of Worcestershire sauce. A keeper, for sure. Can be served as an appetizer or main course.

3. Grilled Calçots (or Scallions or Leeks) with Romesco Sauce 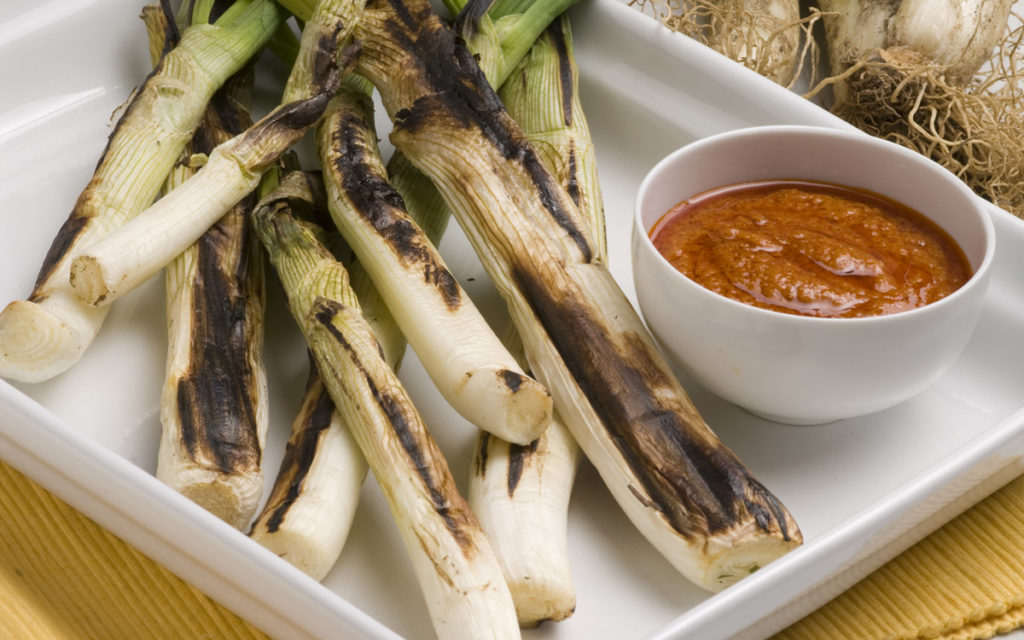 Calçots, one of the sexiest alliums we know, are a source of celebration in February in their native Catalonia. Like a cross between a scallion and a leek, calçots—a kind of spring onion—are blackened over a wood fire (usually grapevines), then served in a cone of newspaper or on a roof tile. They are traditionally served with a brick-colored sauce called romesco, and are eaten by the kilo during their short season.

Calçots (pronounced cal soats) are nearly impossible to find in the U.S., but can be replaced by large scallions or small leeks. In the meantime, pray for travel restrictions to be lifted.

When the urge for a great burger hits, we recommend this smoke-kissed one. (You can find small quantities of hay at your local pet supply store.) Many of you have taken advantage of winter weather to cold-smoke cheese, and the sauce that accompanies this righteous burger is a worthy use for it. We call for cheddar, but feel free to substitute another smoked cheese. Any leftover sauce is great on smoke-roasted potatoes. 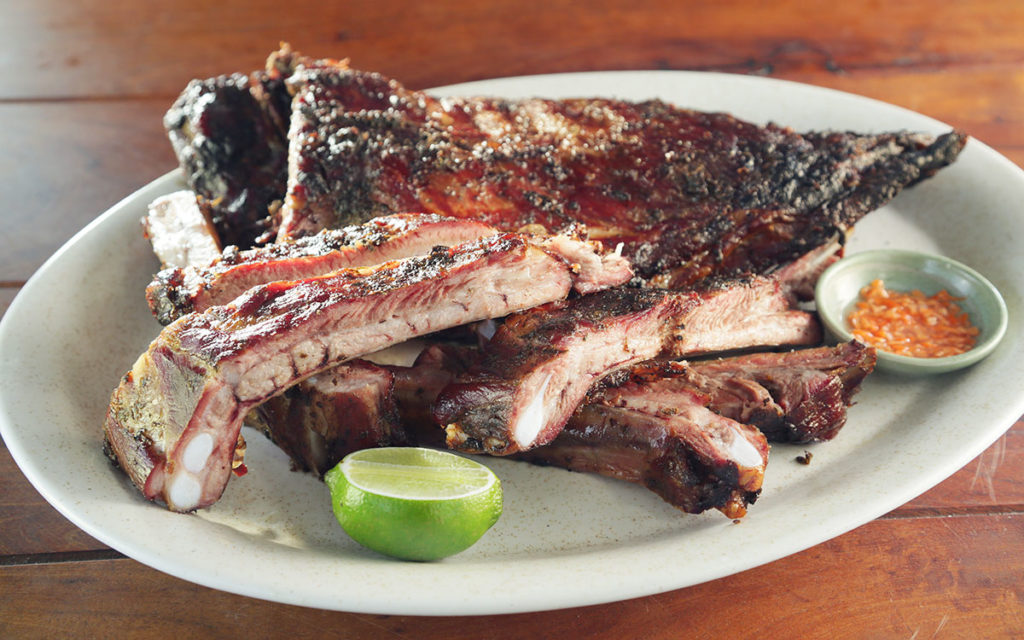 Need a break from winter? Transport yourself to the Caribbean, the birthplace of barbecue, with these incendiary but delectable bones. For authenticity, seek out Scotch bonnet chiles. But don’t worry if you have to substitute habaneros. You might associate jerk with chicken, but take our word for it—it’s terrific on spare ribs or baby backs. Chill a few Red Stripe beers before you start your cook.

For years, this has been one of our most popular salmon recipes. Not only is it easy, but it relies on ingredients you likely have in your pantry: Dijon mustard, mayonnaise, and a spoonful of pure maple syrup. Though the recipe calls for soaking the plank for 1 hour in water, Steven now prefers to char one side of the plank over a hot fire before loading it with food to amplify the smoke flavor. Your choice. 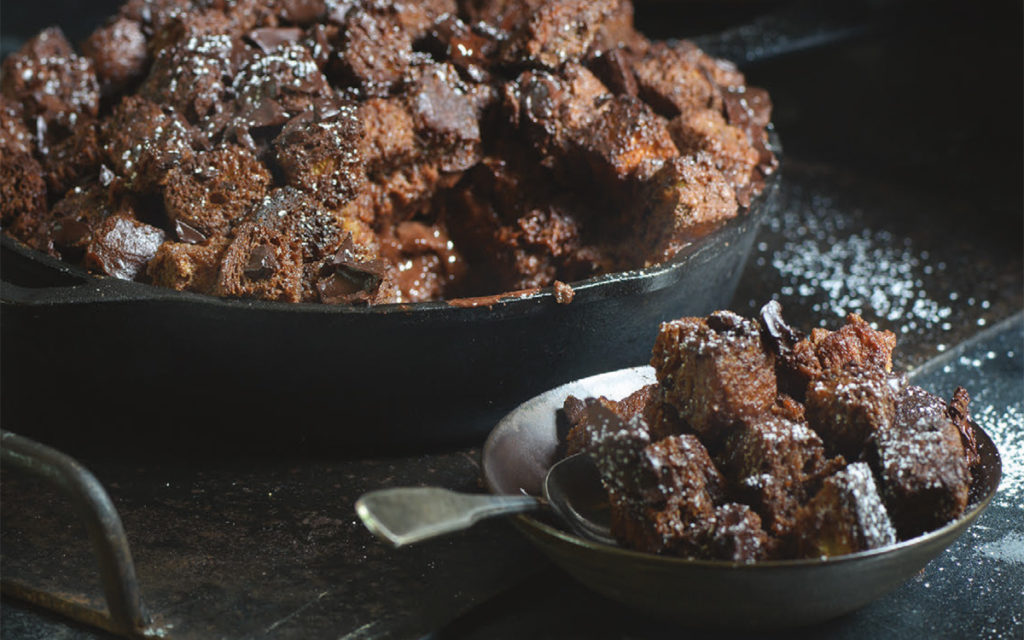 Looking for a decadent dessert for Valentine’s Day, or any other day? Look no further. This recipe for bread pudding, which the restaurant Alden & Harlow shared with Steven when he was writing Project Smoke, is wonderful when served with whipped cream.