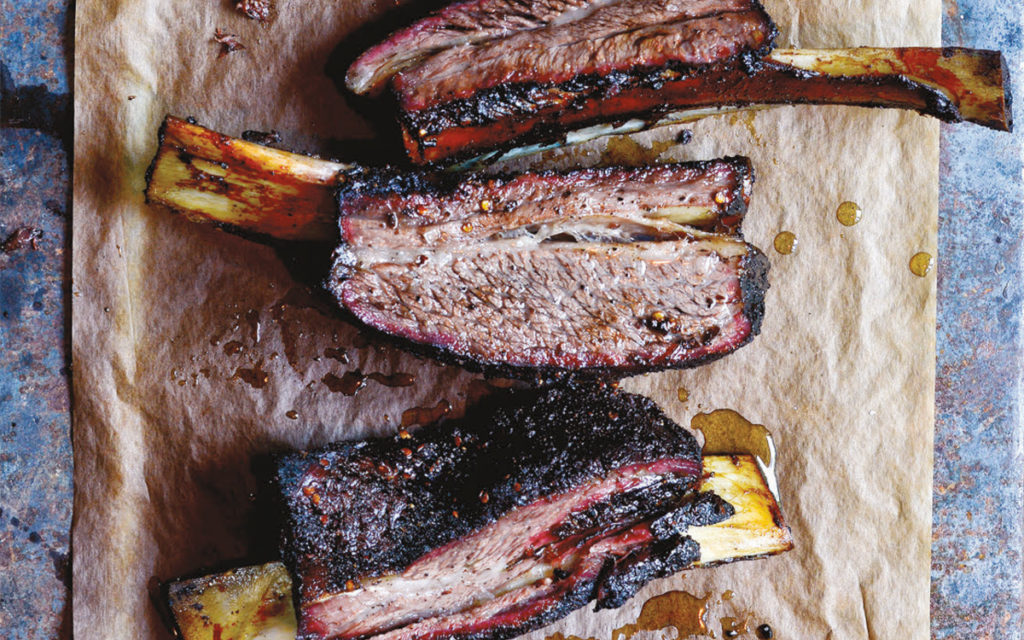 Like Steven, I’m occasionally asked what my favorite barbecued meat is. Steven often demures, claiming that answering would be like expressing a preference for a child in the family. I don’t hesitate. My vote goes to IMPS-123A, beef plate short ribs. Maybe you know them by one of their colloquial names—dinosaur bones, Jurassic bones, Brontosaurus ribs, or “brisket on a stick.”

Whatever you call them, these Flintstonesque plate ribs, newly popular in barbecue circles, are a carnivore’s dream—rich, smoky, tender, beefy, and seductively unctuous.

A rack typically consists of three bones, ribs 6 through 8, and can weigh as much as 6 pounds. They are cut from the short plate, which is located underneath the prime rib and bookended by the brisket and the flank steak. They can be up to 12 inches in length

If you haven’t yet had the pleasure of eating plate ribs, perhaps you’ve encountered their cousins—short ribs cut from another well-marbled primal, the chuck. Unlike plate ribs, which often have to be special-ordered, chuck short ribs are common in supermarkets and butcher shops. They typically come in 4-bone sections of 3 to 4 inches (although you can buy boneless short ribs); each bone is topped with a thick rectangle of meat.

But if it’s dinner in a hurry that you want, you’re in luck: thin crosscut short ribs—also called flanken—cook in mere minutes over direct heat. Perhaps you know them by their Korean name, kalbi. For this recipe and more, see below:

Available in some supermarkets, these cross-cut short ribs are typically 1/2 inch thick or less, meaning they can be cooked quickly over a hot fire. Marinated with garlic, ginger, Asian pear, soy sauce, and sesame oil, they can be served as an appetizer or a light main course. Traditionally, diners use scissors to separate the meat from the small cylindrical bone, then eat the meat with rice or in lettuce wraps with an array of condiments. They’re especially good with kimchi. 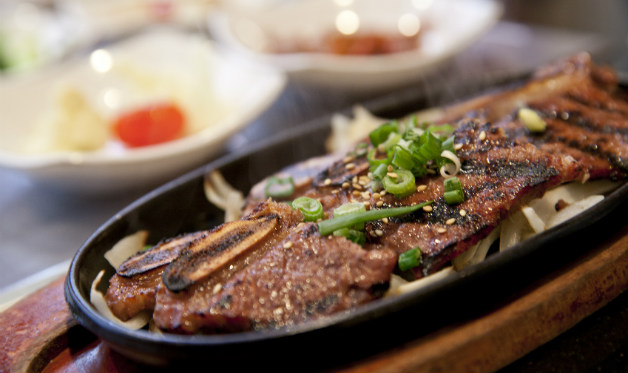 Most pitmasters—Steven included—like to keep the seasonings simple when the meat is this good. Salt, pepper, and maybe a light dusting of hot red pepper flakes are all that’s needed to highlight the beefiness of plate ribs. (Although we wouldn’t say no to Steven’s Santa Fe Coffee Rub.) A limited palette of ingredients and a bit of patience, and you’ll be rewarded with one of the most satisfying bites of your barbecue life.

Like brisket, beef plate ribs can take a notoriously long time to cook on a smoker or low and slow on a grill set up for indirect grilling. However, you can reduce the cooking time to about 4 hours if you thread the ribs on a spit over (preferably) a wood fire. We still remember the looks of bliss on the faces of BBQ University attendees the first year Steven included these South American-style ribs in the curriculum. 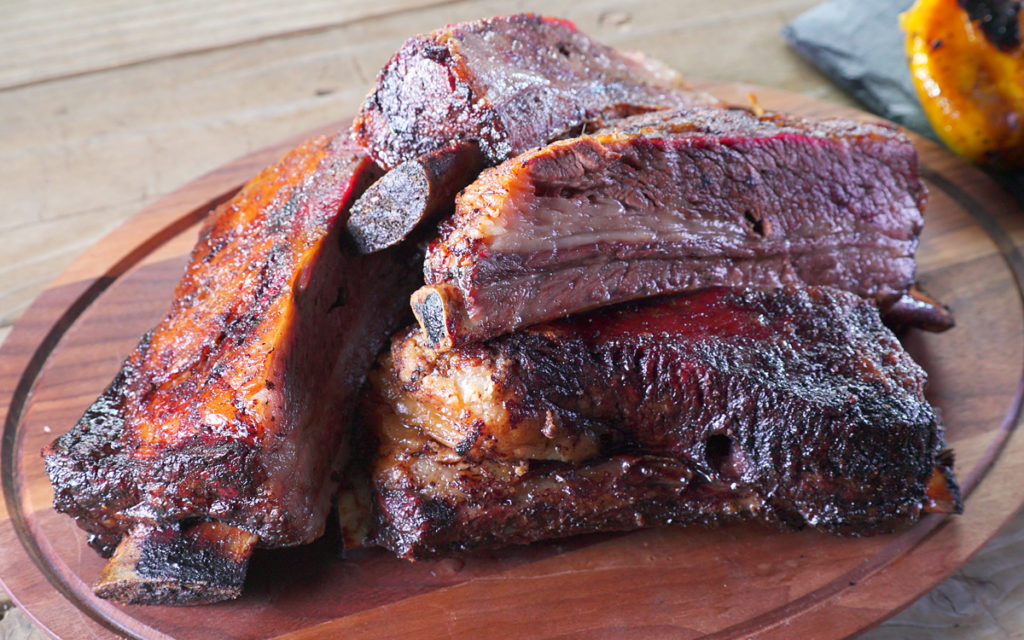 This is one of the sentimental favorites from Steven’s book, Best Ribs Ever. It was submitted to a rib contest sponsored years ago by the Barbecuebible, and pays homage to the iconic flavors of Manhattan’s Lower East Side. Be sure to serve these, if you can, with half-sour pickles and Dr. Brown’s Cel-Ray soda.