For Flavor-Packed Produce, Ember-Roast your Veggies 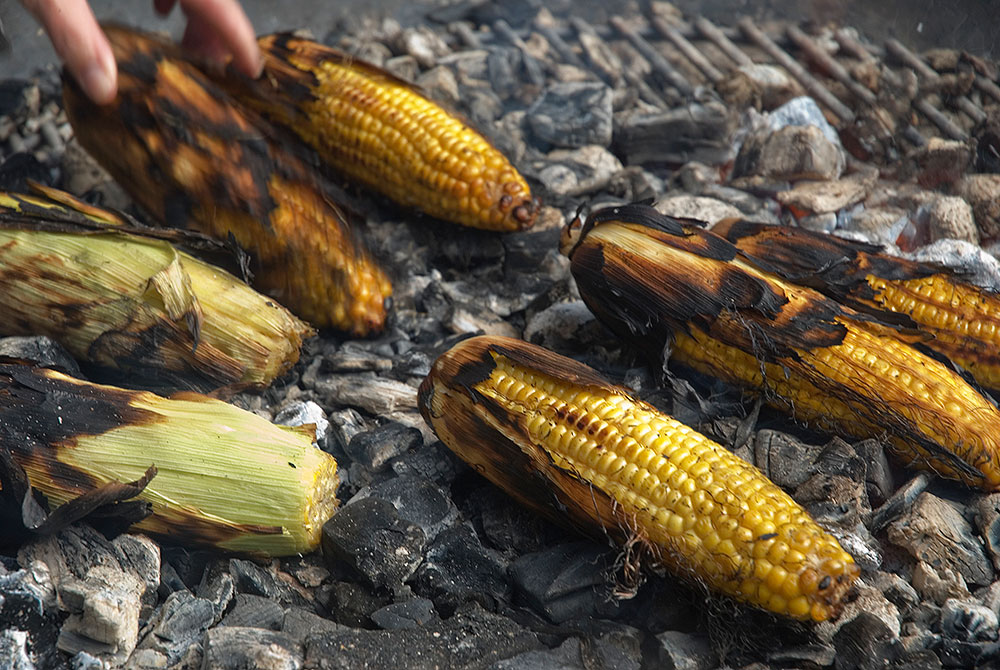 “We archaeologists have yet to ascertain, even in coarse chronological terms — when in our early prehistory fire became part of the human tool kit.”

Ancient hearths discovered on multiple continents suggest that around 24,000 years ago, our Cro-Magnon ancestors mastered the arts of direct grilling, spit roasting, and roasting on sticks or stakes angled toward the fire. But it’s likely roasting in the embers—a technique Steven calls “cavemanning”—was the first cooking method mankind perfected after learning to produce and control fire.

Astoundingly, there was more than auroch (an early bovine), wild boar, or seafood served at these early barbecues: carbonized peas, acorns, and crab apples from primeval fires have survived. Salt deposits and mustard seeds even indicate an appreciation for seasonings.

Is it any wonder, then, that interest in this prehistoric approach to cooking with live fire is surging? 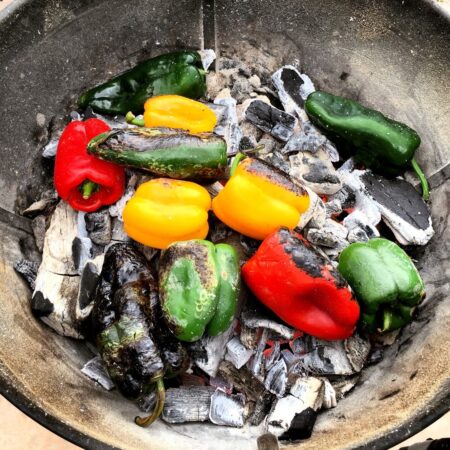 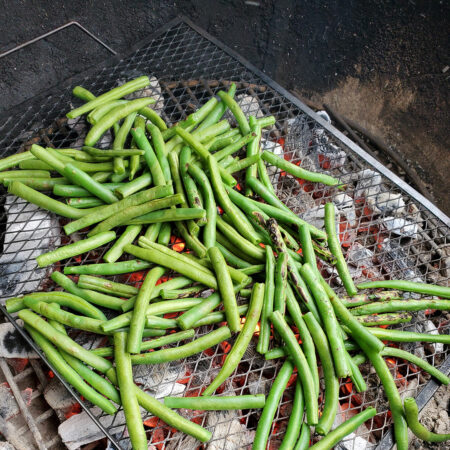 Steven has been championing ember-roasting in his popular books and TV shows for more than 20 years. While researching books like The Barbecue! Bible and Planet Barbecue, he discovered ember-roasting was routinely used by many of the world’s grilling cultures. Among the dishes he encountered:

Baba Ganoush: A silky, smoky North African dip made from eggplant roasted directly in the coals, along with tahini (sesame seed paste) and lemon juice. 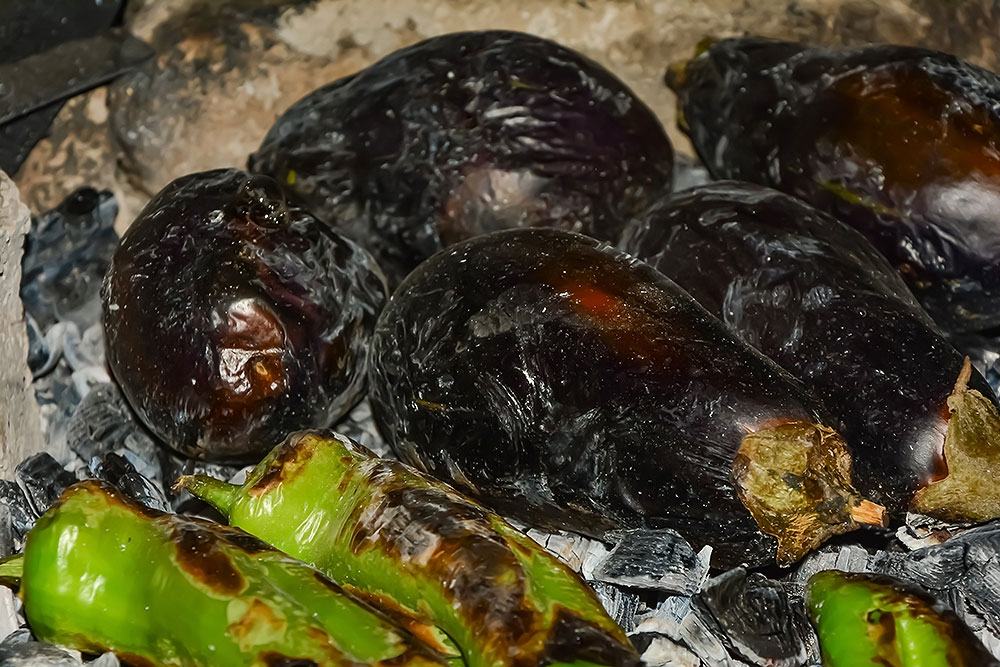 Ember-Roasted Salsa: Once you try this technique to make salsa, you’ll never look back. Exposing fresh vegetables like tomatoes, onions, and chile peppers to fire transforms them. 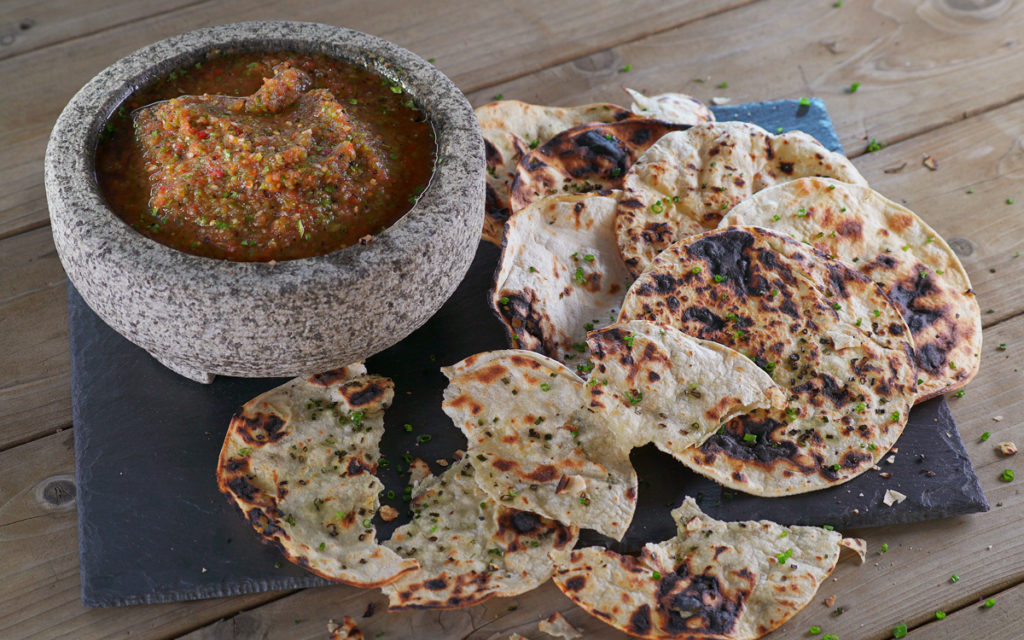 Lomo al Trapo: Discovered in Colombia, one of many proteins Steven has grilled in glowing embers is a center-cut piece of filet mignon, crusted in coarse salt, and swaddled in a clean cotton cloth. Originally featured on his show Primal Grill, you can find the recipe here. 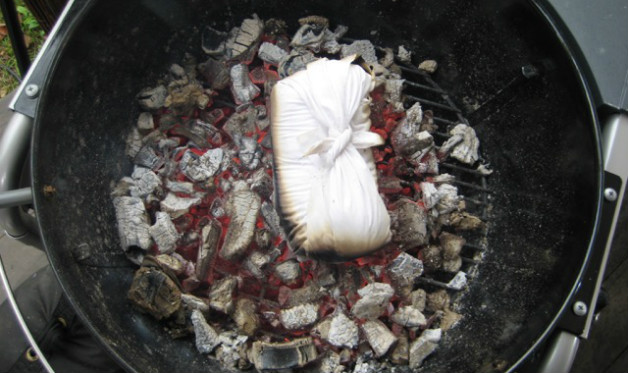 Grilled Bell Pepper and Feta Cheese Dip: Called htipiti (I don’t know how to pronounce it, either) and often served as part of a mezes spread, this vibrantly-colored Greek dip blends fire-roasted red bell peppers with briny feta.

Ember-Roasted Corn: This is a dramatic way to prepare one of America’s favorite vegetables; you don’t even need to husk the corn, as most of the husk and filaments of silk are burned off when they encounter the fierce heat of the coals. The kernels become caramelized, and oh-so-sweet. 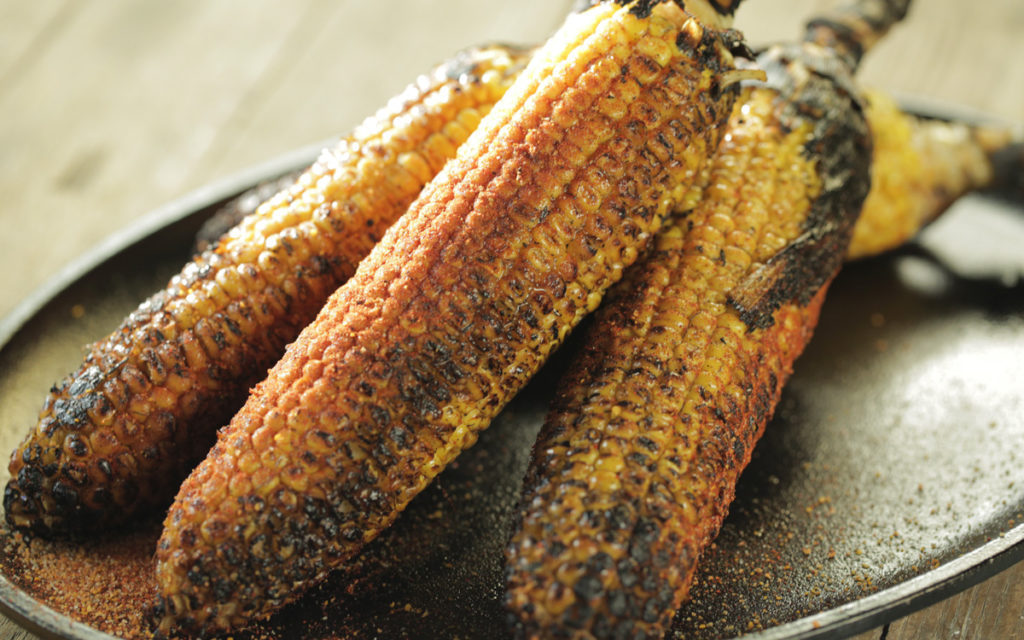 In his latest book, the must-have How to Grill Vegetables, Steven speaks glowingly (pun intended) of ember-grilling:

This is the most ancient way of grilling and one of my favorite ways to cook vegetables. There’s nothing like direct contact with live embers to caramelize the natural plant sugars in onions or peppers, for example, imparting an intoxicating smoke flavor you just can’t achieve otherwise.

And he backs up his endorsement of this primal cooking method by featuring recipes for everything from Sicilian ember-grilled artichokes to cabbage, beets, sugar snap peas, and more (see below).

I think Steven will forgive me if I recommend another resource for ember-grilling to you: Josiah Citrin’s stunning new book, Charcoal, eponymously named after this Michelin-starred chef’s fire-obsessed restaurant in Venice, California. His coal-roasted cabbage, served with yogurt and sumac, gets more attention in the food press than his grilled meats. (For the record, Steven was roasting whole cabbages in the embers when I met him in 2002. Try his amazing Caveman Cabbage with Sweet and Sour Sauce.

You won’t need much equipment to get started. Good grill gloves, preferably a pair that covers your forearms, a garden or grill hoe for moving the coals, a stiff brush for dislodging embers from the cooked food, and long-handled tongs are necessities. You probably already own them. Optional, especially if you’re planning to “caveman” smaller vegetables like green beans or pearl onions, is a mesh grill basket or heavy duty aluminum foil. (I wonder how our forebears grilled the aforementioned peas?)

Build a fire out of wood or natural lump charcoal. Let it burn down to white glowing coals, then fan off excess ash with a folded newspaper. If desired, rake into a thicker pile. Nestle the vegetables directly in the embers (or place in a mesh grill basket or a foil pouch) and grill, turning with tongs as needed, until done to your liking. (Use a metal skewer or a cake tester to determine doneness on thick, dense vegetables like onions or cabbage.) In the meantime, you can replace the grill grate and grill a protein or a side dish over the same fire. Replenish the coals as needed.

Transfer the ember-roasted vegetables to a heatproof surface like a rimmed baking sheet and brush off any clinging embers. Let cool slightly, then remove excessively charred skin or leaves before serving. (You can serve root vegetables like yams as is.)

Here’s an A to Z list of vegetables that respond well to ember-grilling:

Other Blog Posts about “Cavemanning”: