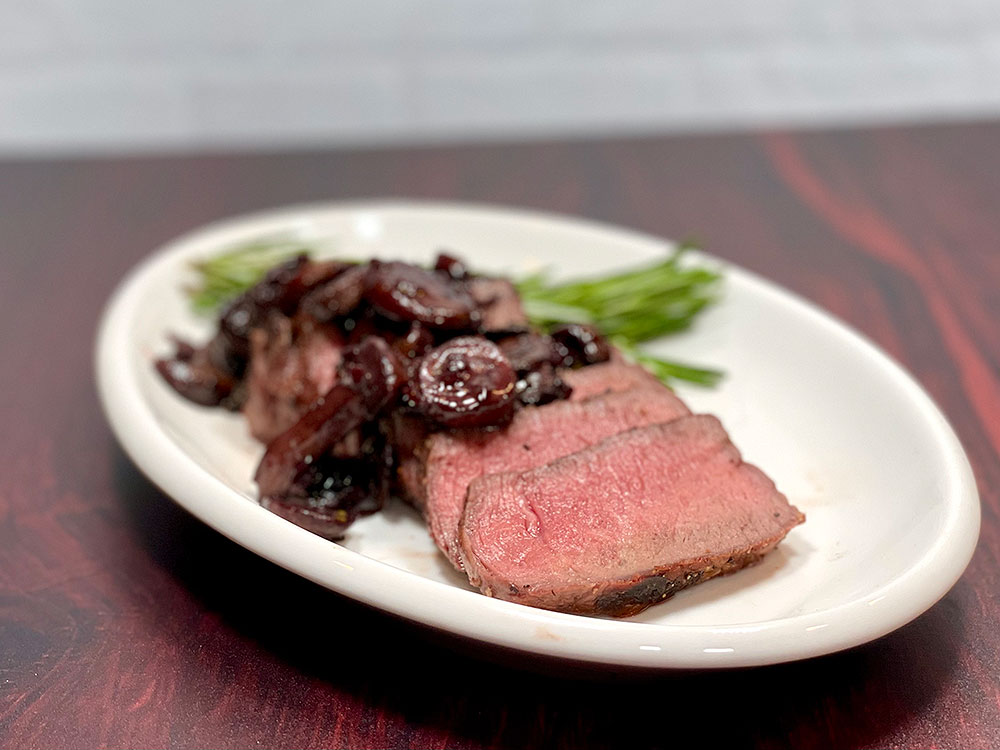 Over the last year I have had the opportunity to sample most of the world-class steaks Holy Grail Steak offers. Just when I thought I had tried all their steaks, I received another one, their Santa Carota Prestige Carrot-Finished Top Sirloin.

The cattle for Santa Carota Prestige steaks from Holy Grail Steak are grass-fed and carrot-finished. The carrots infuse the meat with added vitamins and minerals, including B12 and beta-carotene. The meat is always hormone- and gluten-free, non-GMA, antibiotic-free, and organically raised.

Top sirloin is cut from the primal or sub-primal loin. The top sirloin has had the bone, the tenderloin, and the bottom sirloin removed. It is a lean, thick cut of steak with a beefy flavor. It is great for grilling and is an affordable cut of steak for any day of the week. 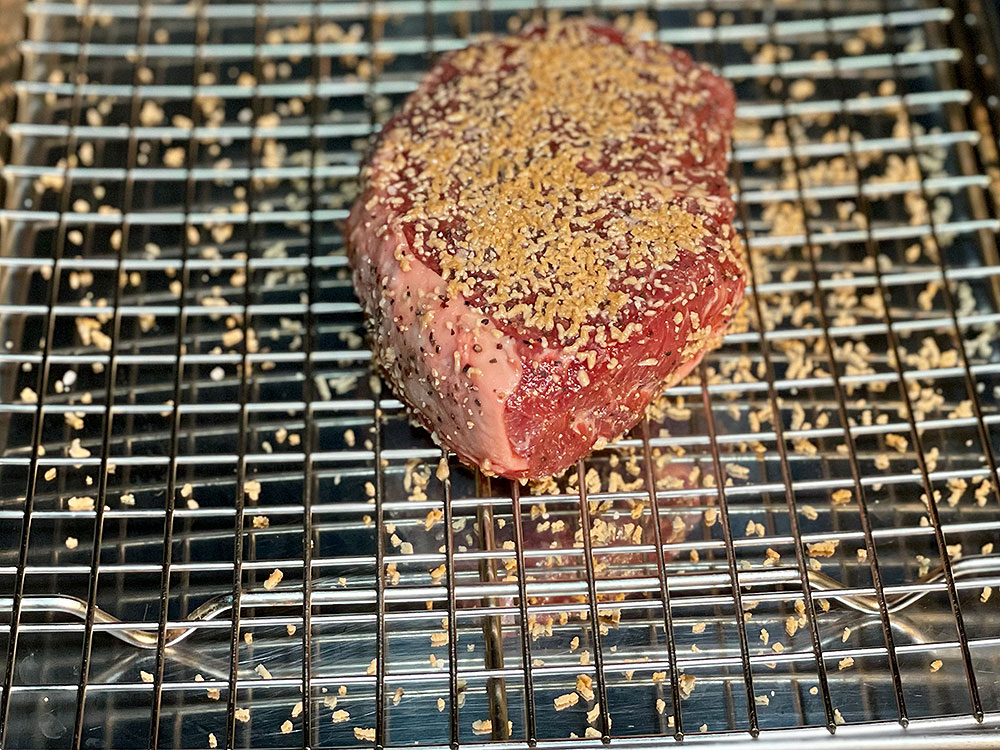 To season the top sirloin, I created a rub consisting of kosher salt, freshly cracked black pepper, and mushroom powder. I let the steak dry brine in the refrigerator for an hour.

I know it only takes 15 minutes to get charcoal ready, but I realize most people use their gas grill during the week to make a quick dinner. So, I used the gas grill to cook the top sirloin since it is the perfect steak for any night of the week. I heated the grill to high and left one zone off in case there were flare-ups and I needed to move the steak to keep it from burning. 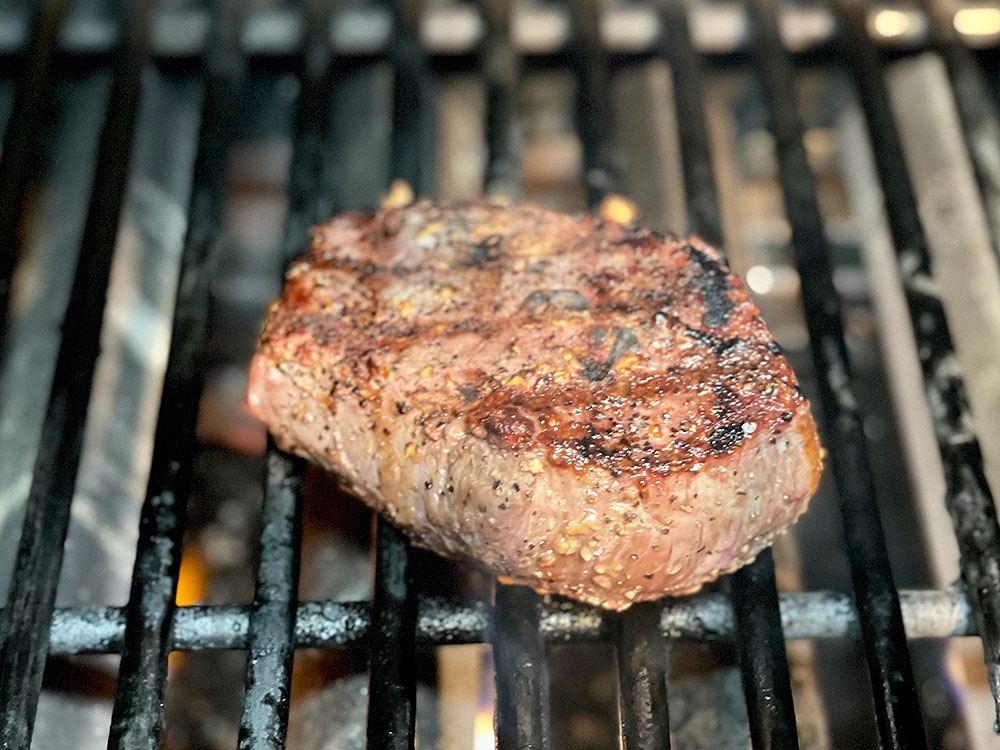 The steak cooked for two and half minutes and then I gave it a quarter turn and cooked it for an additional two and half minutes. I repeated the process on the opposite side. I removed the steak from the grill to rest once the internal temperature reached 130 degrees.

Let the steak rest on a wire rack over a sheet pan. Do not skip the resting step or your cutting board will be juicy and your steak will be dry. Prior to grilling the steak, I prepared a red wine mushroom sauce. I sautéed sliced button mushrooms in butter and fresh thyme and set them aside. Next, I sautéed diced shallot in butter with fresh rosemary and added red wine. I let the wine reduce by half. Once the sauce thickened, I added the mushrooms.

The high heat of the grill and seasoning created a flavorful crust on the outside of the top sirloin. The inside of the sirloin was juicy. The sirloin had a delicious beef flavor. It was tender like a filet. The inside and the crusty exterior created a contrast of textures I enjoyed. It was not needed based on the flavor and tenderness of the steak, but the wine and mushroom sauce put the steak over the top. 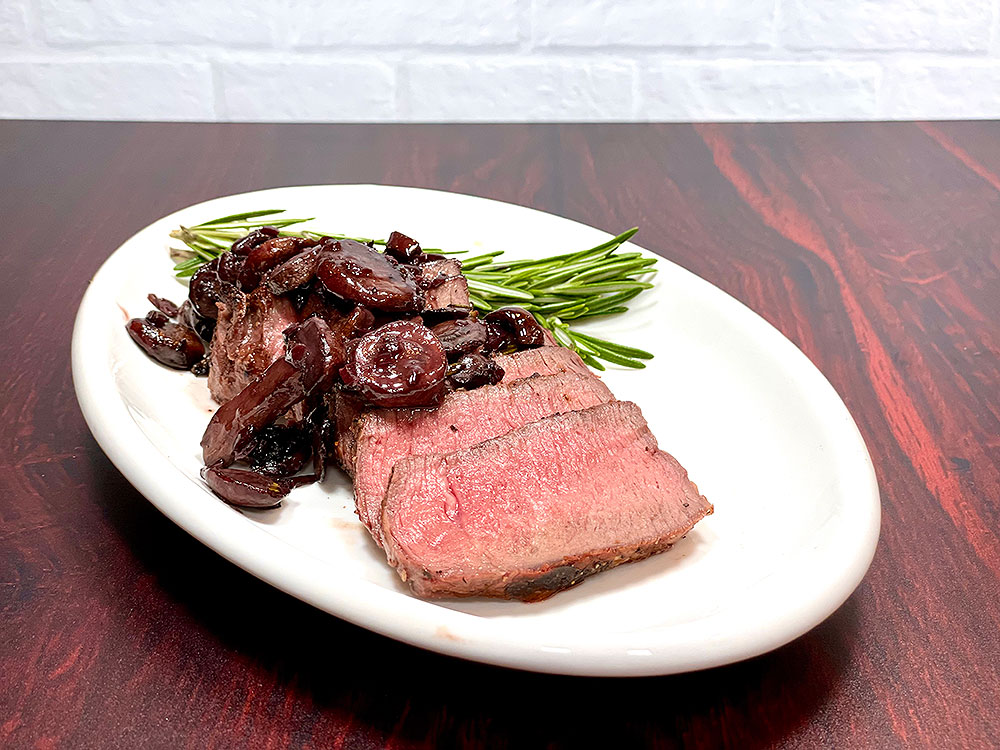 Top sirloin might be considered the everyday steak, but I felt as if I was eating a special meal! If you are looking to impress your family or friends any night of the week, try the top sirloin from Holy Grail Steak Company.