In Praise of Pork Chops, Part 2 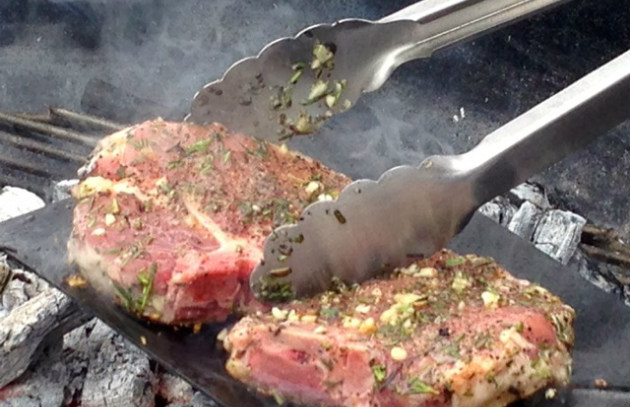 First the good news. In the last 30 years, pork has gotten a lot leaner. This means that from a fat and cholesterol point of view, today’s pork is a lot healthier. Remember the “other white meat” campaign, comparing lean loin cuts of pork to white meat chicken?

Now the bad news. In the last 30 years, pork has gotten a lot leaner. That means less marbling and less fat, and an increased tendency for those same lean cuts to dry out on the grill.

Well, here at BarbecueBible.com, we try to be proactive, not reactive. Sometimes you have to adapt your strategies and grilling techniques to the foods you actually find at the market. So here are six fail-proof techniques for keeping a pork chop moist—no matter how you grill or smoke it.