Test Your Sausage IQ: The 10 Best Wurst for Grilling 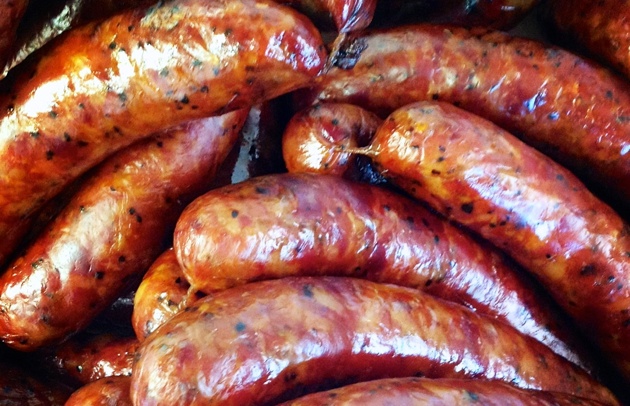 Is sausage the new bacon? Artisanal sausage restaurants are popping up like proverbial mushrooms after a rainstorm. My stepson runs one—Jake’s Handcrafted in Brooklyn. Check it out and tell Jake that Steven sent you. According to Nielsen data, sausage sales more than doubled in the last 10 years, topping 4 billion dollars.

Germany remains the world’s undisputed sausage capital with over 1,200 distinct varieties. But sausages are enjoyed all over Planet Barbecue, from Thailand’s sai krok Isan (sweet fermented pork sausage) to Spanish morcilla (blood sausage spiked with cumin). If you’ve never ventured beyond Italian sausage or brats, read on. This post is for you.

Namely, 10 new sausages you need to know about now before the college football bowl games start airing on December 20. I don’t mean Wisconsin bratwurst—I’m going to assume you’ve mastered that. Here’s the best of the wurst—there isn’t a better food for tailgating on the planet.

Next, learn the best way to grill and smoke sausages.