Grilling in the Chinese New Year 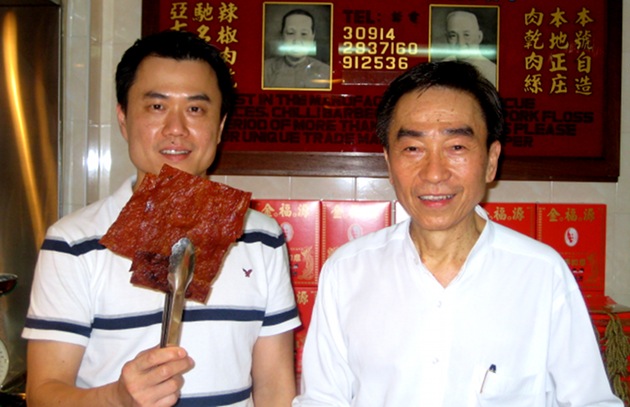 While many of us were preparing for Super Bowl parties last weekend, the Chinese welcomed a bronco of a different sort: the Year of the Horse.

Fortunately, it’s not too late to celebrate the Chinese New Year: Festivities last for 15 days, making this the longest holiday on the Chinese calendar. Perfect for guys like me, who despite the best intentions, don’t always post holiday cards on time.

My first impulse is to celebrate any holiday by firing up the grill. Peking duck? Barbecued spareribs? Tea-smoked duck? Surely the world’s most populous nation must have some killer barbecue.

As it turns out, those the sticky, sweet-salty ribs that delight us at Chinese restaurants are baked in a special oven. (The “smoke ring” comes from red food coloring.) Peking duck? Air-dried, oven-roasted, then deep-fried. Tea-smoked duck? It’s cooked in a wok. Could it be that this ancient civilization, with a rich varied culinary tradition stretching back thousands of years, managed to overlook barbecue?

I contacted Chinese cooking authority Grace Young to find out. According to the writer, blogger, and author of the IACP Cookbook of the Year Award-winning The Breath of a Wok: “Grilling is not a part of the Chinese culinary canon. The lack of fuel made it too extravagant to light a fire just to grill food. The Chinese are so frugal that even using fuel for a 2-minute stir-fry was considered a luxury.”

That is not to say China doesn’t have a few great grilled foods in its vast repertoire:

Do you have a favorite Chinese or Chinese-style grilled specialty? Please post photos, recipes, and details on the Barbecue Board.

As they say in China: Kung hei fat choy! Loosely translated, “Congratulations, and have a prosperous and good year!”