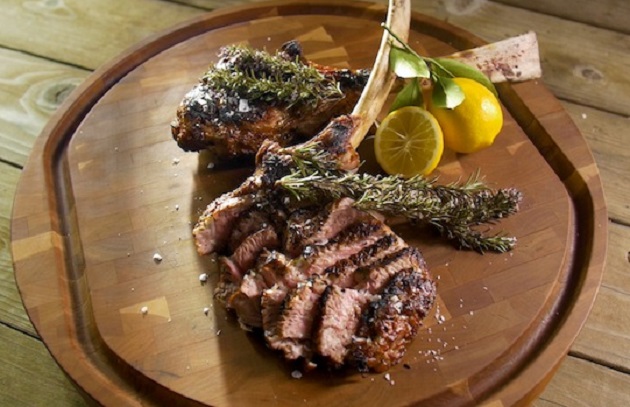 After decades of pariah status, veal is making a comeback.

Outrage in the 1980s at the cruel conditions under which young calves were raised made Americans lose their appetite for veal. It all but disappeared from restaurant menus and meat counters. Annual per capita consumption dropped from four pounds to about a third of a pound, the equivalent of one measly dinner of wienerschnitzel or veal Parmigiana or osso buco—literally too little to graph.

But a new generation of farmers and ranchers has found a more humane way with veal from healthier animals that are raised outdoors under sustainable humane conditions.

Leading the charge is Strauss Brands, a Milwaukee-based premium meat purveyor that contracts with family farms to supply meat to restaurants, butcher shops, and supermarkets like Whole Foods. Because about 25 percent of the country’s veal comes from Strauss, it is in a strong position to influence the industry. Since 2008, 100 percent of its animals are “group raised” in pens or “free raised,” a trademarked term referring to Limousin calves that are hormone- and antibiotic-free, pastured with their mothers, and never tethered or crated. (Yes, Strauss is the veal we use on my Project Smoke TV show.)

It’s about time. Because tender, lean, sweet-tasting veal is one of the most satisfying meats you can grill. I, for one, have missed it.

Here’s what you should know about the “new” veal:

• The meat from animals allowed to move and forage freely has a beefier flavor and more appealing, rosier color than the pale, iron-deficient, crate-raised veal of the past. (Crates are now outlawed by several states, and are being phased out nationwide thanks to the efforts of the American Veal Association, which advocates raising the animals in groups.)

• Some cuts of veal, like the loin, are leaner than chicken, meaning they should be grilled over a medium-hot (not screaming hot) fire. Don’t overcook. I personally prefer veal that is medium—145 to 150 degrees, meaning it’s slightly pink in the center but still juicy.

• Fattier cuts, like veal brisket or shoulder, respond best to low and slow smoking temperatures. You can also wrap tightly in foil with a bit of liquid to finish.

• Veal absorbs smoke like a sponge. Don’t overwhelm its mild flavor by smoking it too long or over pungent hardwoods like mesquite.

• Look for veal that bears a blue, white, and green sticker reading, “Certified Humane Raised and Handled.” This designation is awarded by Humane Farm Animal Care (HFAC), a nonprofit organization that rewards the ethical treatment of farm animals with its endorsement.

• As with all beef, look for USDA prime or choice grades. Buy local meat, organic and grass-fed when possible.