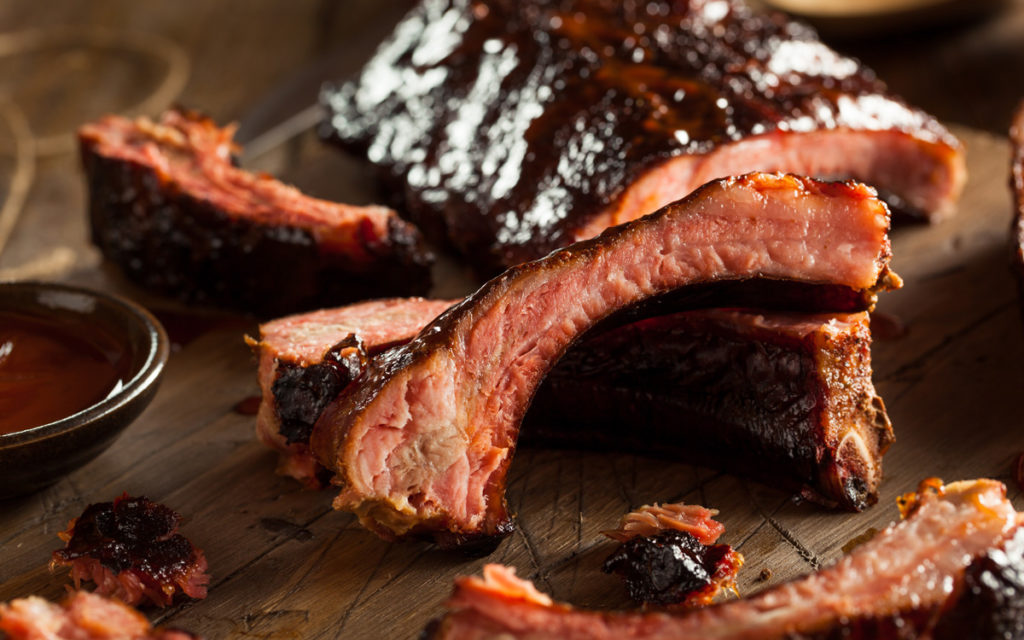 The Kansas City Chiefs and the San Francisco 49ers will face off on Sunday, February 2, in Super Bowl LIV (54). Kick-off time at Miami’s Hard Rock Stadium is 6:30 p.m. ET.

Will you be one of the 65,326 people watching the contest from the stands, or will you—like 100 million of us—view the game from the comfort of your home? Tickets are still available, and on one site, ranged in price from $5,185 to more than $18,000. Parking is not included.

We like to tailor our Super Bowl party menus to reflect the culinary traditions of the opposing teams. For years, that meant trotting out New England-influenced recipes in honor of the Patriots. So we were caught a little flat-footed this year when they lost the Wild Card play-offs to the Tennessee Titans.

Kansas City, with its long-established barbecue traditions, was easy. But how to represent San Francisco? Cioppino? Sour dough? Then Steven had the brilliant idea to pit KC-style ribs against those you might find in the City by the Bay—specifically, the Chinatown Ribs featured in Season 2 of Project Smoke.

Interestingly, both recipes call for seasoning the ribs before smoking with two unique versions of Steven’s 5-4-3-2-1 rubs. 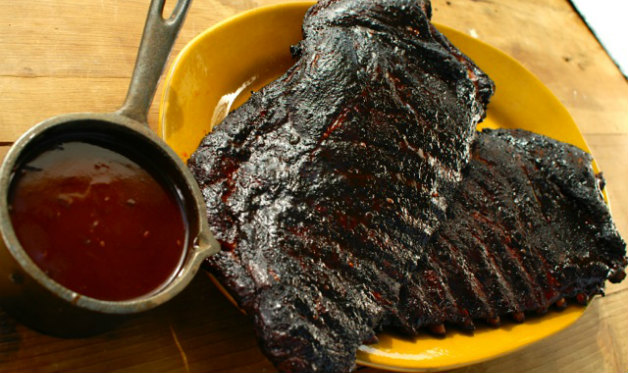 The KC version of ribs features a sugar-enhanced rub, a mop sauce of apple cider and whiskey, and one of Steven’s favorite barbecue sauces—Bourbon Brown Sugar. 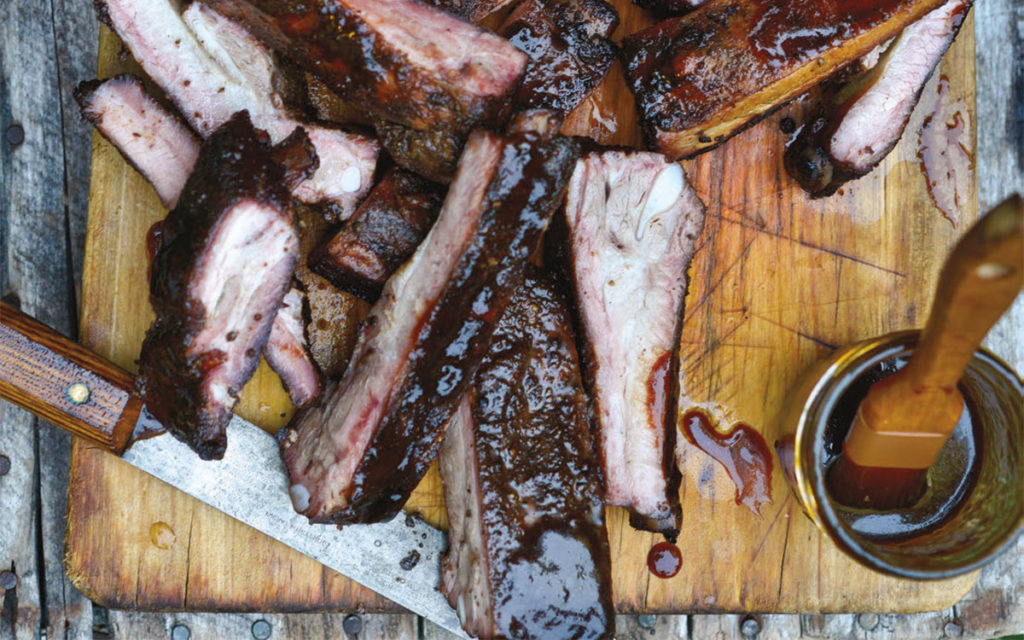 Chinatown Ribs also start with a sweet but fragrant rub that skews in an Asian direction. Sprayed during the first three hours of smoking with rice wine and apple cider, the ribs are finished with spicy Beijing Barbecue Sauce.

Plan on one rack of ribs for every 2 to 3 people, depending on whether you have big eaters on the home team.

Round out the menu with a selection of appetizers and side dishes—also grilled or smoked. See suggestions below.

Appetizers and Sides to Serve with BBQ Ribs 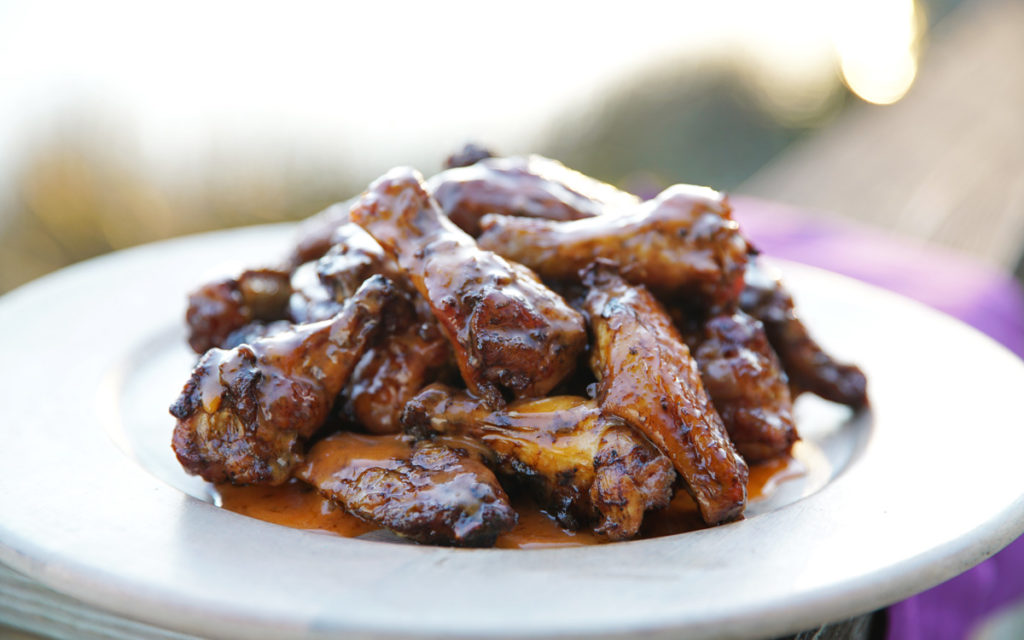 Give a shout-out to the host city of this year’s Super Bowl, Steven’s hometown of Miami. According to the National Chicken Council, Americans will eat approximately 1.3 billion chicken wings on Super Bowl Sunday.

Another “must-have” on game day is guacamole. We like to briefly smoke the vegetables before combining them.

Coleslaw is a perfect accompaniment to ribs—tart and colorful.

4. Best Barbecued Beans on the Planet

How can you argue with a recipe title like that? First featured in BBQ USA, Joe Davidson, aka “Oklahoma Joe” shared his competition-caliber baked bean recipe several years ago. It’s one of our most popular recipes. 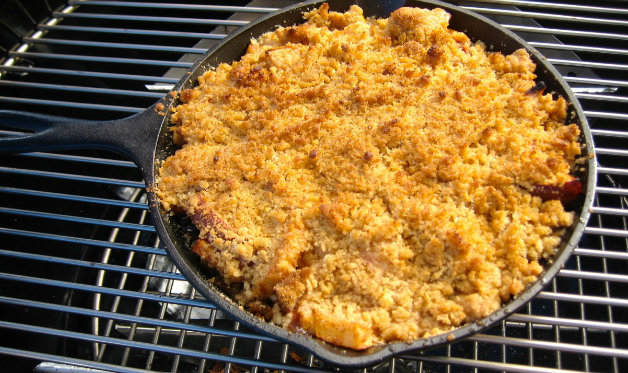 Dissect the best (or worst) plays of the game while forking this delectable crisp from a cast iron skillet. Top with ice cream or smoked whipped cream. 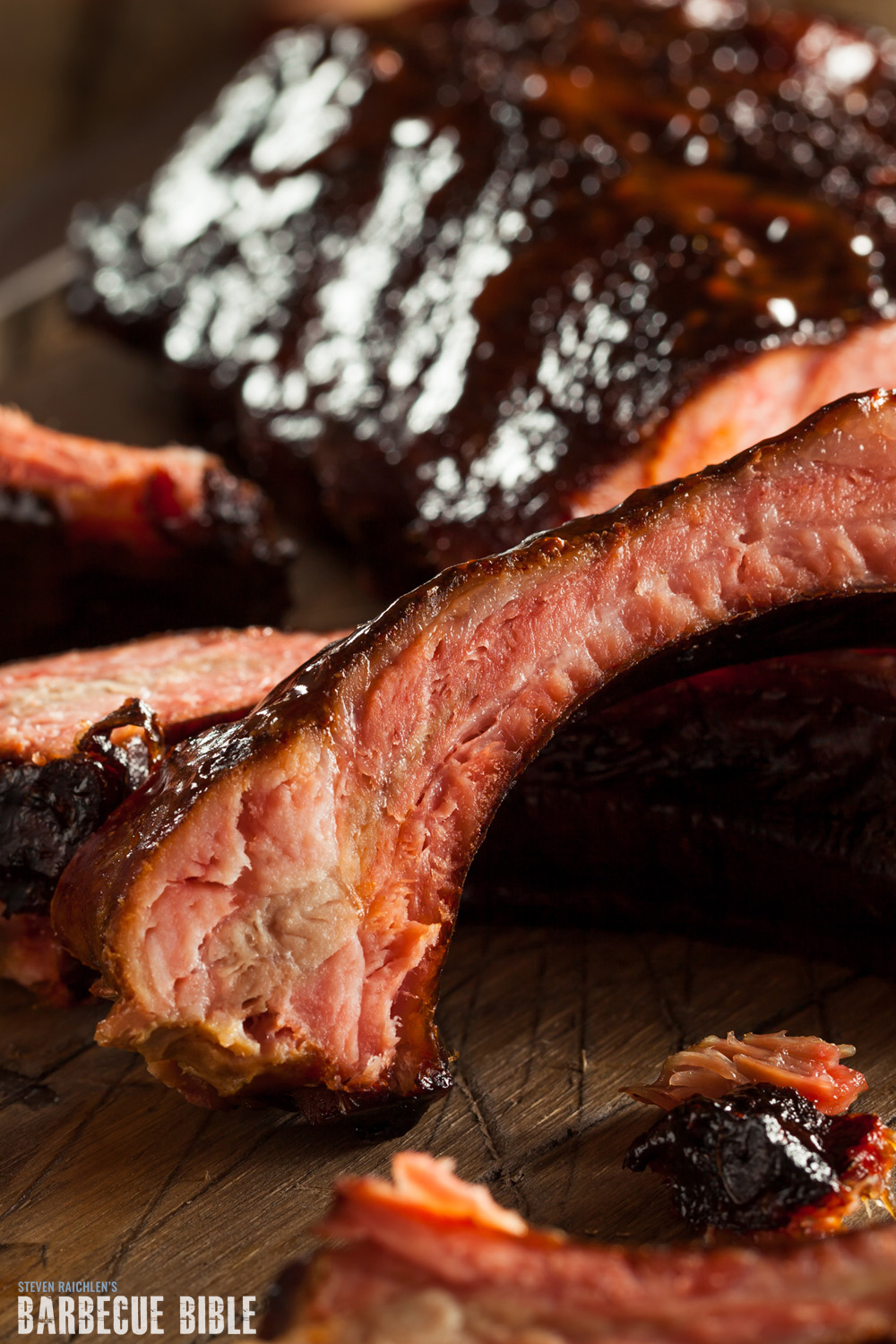